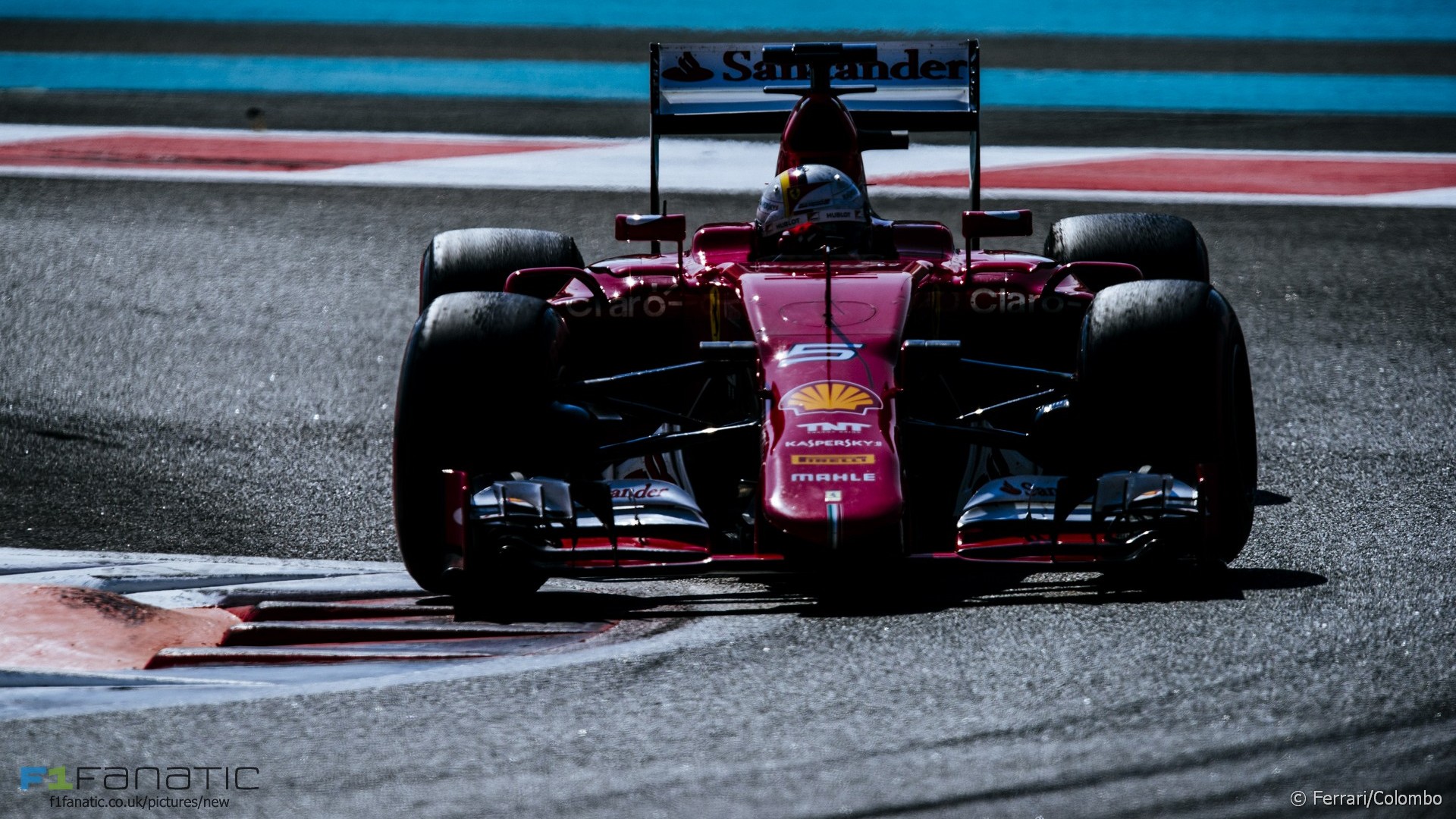 In the round-up: Big changes are afoot for Ferrari’s 2016 power unit.

Which drivers and teams have got your backing for 2016? Here’s how you can show your support for them and all the other drivers on the grid on F1 Fanatic including newest signing Pascal Wehrlein:

"In theory they won't just see an upswing in power unit performance, they'll see aerodynamic benefits too as the revised layout will also allow them to run much more aggressive packaging at the rear."

"We know the situation and we only took on the company on the 19th of December, so the purpose of me is not to say P9, P7 or P5. The first objective is to build up a strong team and build up a base for the next seasons."

"Mechanically we can definitely build a good car for 2016. How good is the engine going to be? That's the question."

"We had two clean races where an issue of some sort didn't compromise our performance. That's not necessary a retirement, but some annoying thing that gave us a penalty, or a pit stop because we've had a problem. I won't go into detail because there's lots of them!"

"The glory days of Formula One are now. It's enjoying greater popularity around the world, and the technology is right on the limit."

"British racing driver Jordan King has set himself the target of reaching Formula 1 by 2017 - but says he won't be fazed by the competition."

"The prime Formula One Paddock Club, which overlooks the pits, is undergoing a refit and will feature better food, along with upgrades to the lounge entrance and similar comfort and dining improvements in the pit lane and turn one corporate suites."

Gene Haas: "As someone who has heavily invested in motorsports for many years, I’m very pleased with the industry’s commitment to sustainability, collaboration and long-term value."

PW: "A word for my racing family @MercedesBenz & particularly Toto, who have guided my career this far & made this opportunity possible" #F1

@CarmenJorda if you didn't finish last in every @GP3_Official race people would not make jokes. #simple

The DTM may be an unusual route to F1, but Jack is impressed with Wehrlein’s credentials:

I’ve watched all three of his seasons in DTM, he is an excellent driver, though the DTM is hard to judge.

The whole grid is generally within 1.5 seconds, meaning championships are won on consistency over sheer mass of wins. He’s extremely calm behind the wheel, lending itself to this consistency. Last year he was by far the highest placed Mercedes driver, second highest, interestingly, was Paul di Resta.
Jack (@Jmc200)

Scott Dixon will use this retro Ganassi livery on his car in this year’s IndyCar championship, as used by Alex Zanardi when he won the title 20 years ago.