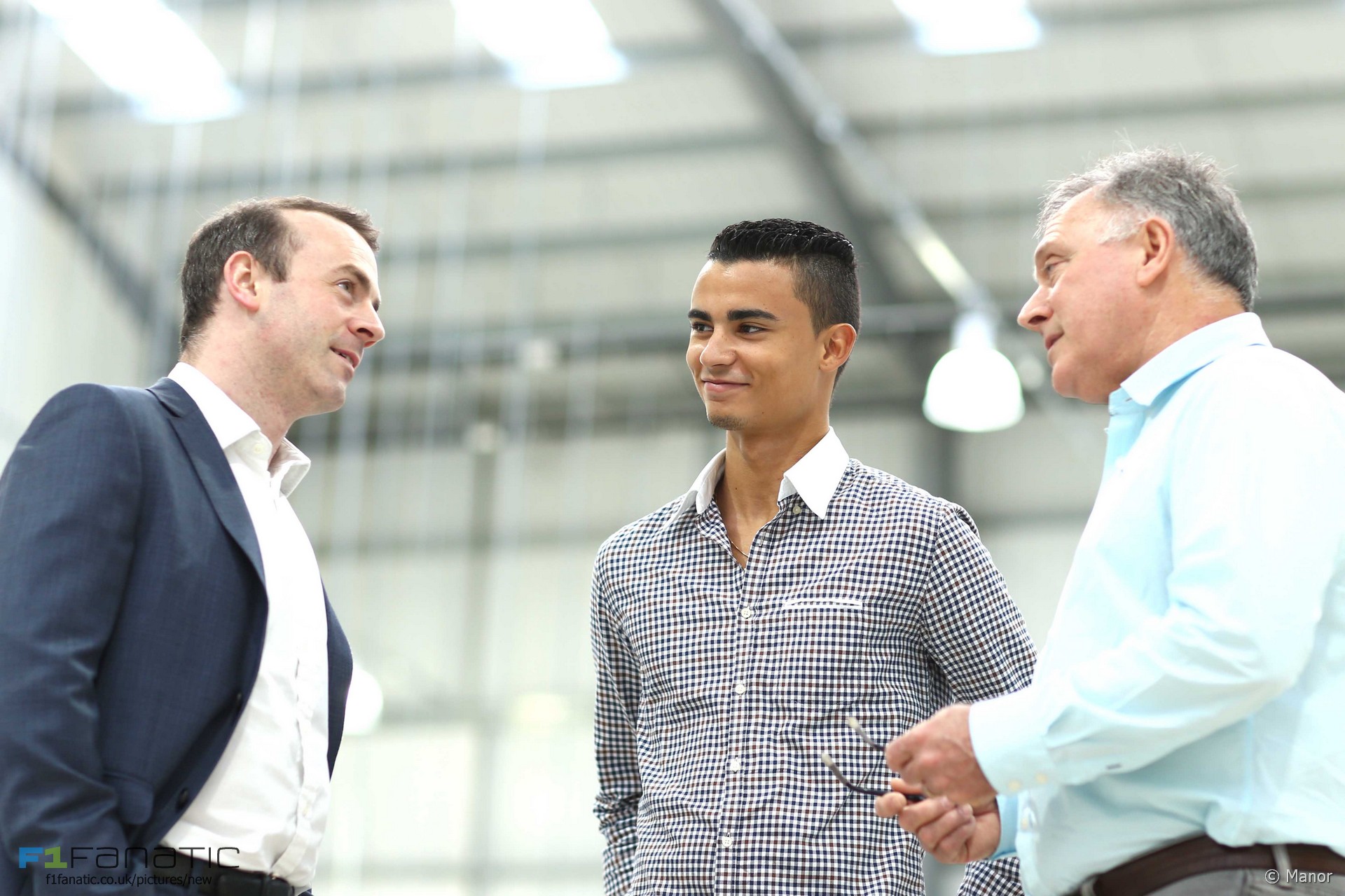 On his announcement as Manor’s new F1 driver yesterday Pascal Wehrlein was quick to name the team’s goal for the year ahead: “I think we should be able to challenge for points along the way”.

This was greeted with scepticism by some, and perhaps with good reason: Manor were nowhere near scoring points last year.

But with a power unit sourced from world champions Mercedes there’s good reason to believe they can be back among the points-scorers in 2016.

Manor brought up the rear throughout 2015. A typical race saw them finishing two laps down on the rest of the field, sometimes as many as four. Only once did they finish on the lead lap, in the USA, thanks in part to a series of Safety Car interruptions which helped them regain lost laps.

This represented a substantial step backwards from their position in 2014. Having been 4.33% slower than the front-running pace on average, their deficit rose to 6.46% last year:

But Manor has a chance to reverse this loss and then some in the season ahead. The biggest performance gain should come from the power unit. Having used a 2014-specification Ferrari over the last two seasons, this year will see them use a current 2016 Mercedes which will likely prove to be the standard-setter.

And while the team’s 2015 drivers had to make do with a tweaked version of their old chassis, the new MRT05 for 2016 will have benefitted from earlier attention from their designers.

Given their limited resources it’s unrealistic to expect Manor to suddenly leap to the level of Williams or Force India – despite also using gearboxes and suspension components from the former. But the performance of Mercedes’ two customer teams indicates the level they will be aiming for – and it is potentially in front of what their other rivals could reach.

The performance of the Mercedes power unit will make the Manors much quicker down the straights. Depending on how much ground Renault and Honda make up over the winter a Manor-Mercedes could make them a headache for F1’s two struggling engine manufacturers.

The same may also go for Toro Rosso, who will be using a year-old Ferrari power unit. Their change from Renault was only confirmed late last season, giving them less time to prepare than their rivals.

Manor can also expect to have a reliable power unit at their disposal. The Mercedes is already one of the most dependable in the field, and the manufacturer places tighter restrictions on their engine customers than their factory teams precisely to guarantee reliability.

While Mercedes are consolidating a position of advantage, the likes of Renault and Honda are pushing to make up substantial performance deficits – which invariably means making fewer concessions to reliability.

In 2014 this team demonstrated that with a current-specification power unit, a quality driver and a little luck it could deliver points. The much-missed Jules Bianchi memorably drove his Marussia to ninth place in the Monaco Grand Prix.

In Wehrlein the team again has a manufacturer-backed driver who has been able to familiarise himself with current F1 equipment in test sessions and a huge amount of simulator time. Crucially, he knows the Mercedes power unit which is new to the team this year. Although he has spent the last three years out of single-seater competition he was at least on the grid in a competitive championship – which he won.

The key strength Wehrlein brings to Manor is consistency: he is a driver who understands the aphorism ‘to finish first you must first finish’. In the last three years he has started 38 DTM races and finished all bar three of them. Arguably just one of those three retirements was his fault: one was due to damage sustained when he was released from his pit box too soon, and another was a celebrated incident last year when he was taken out by his championship rival’s team mate.

To maximise their best chances of scoring points, which is likely to be on days when several of their rivals fail to see the chequered flag, Manor need a driver who is going to stay out of trouble and bring the car home. Wehrlein looks like exactly the man for the job.