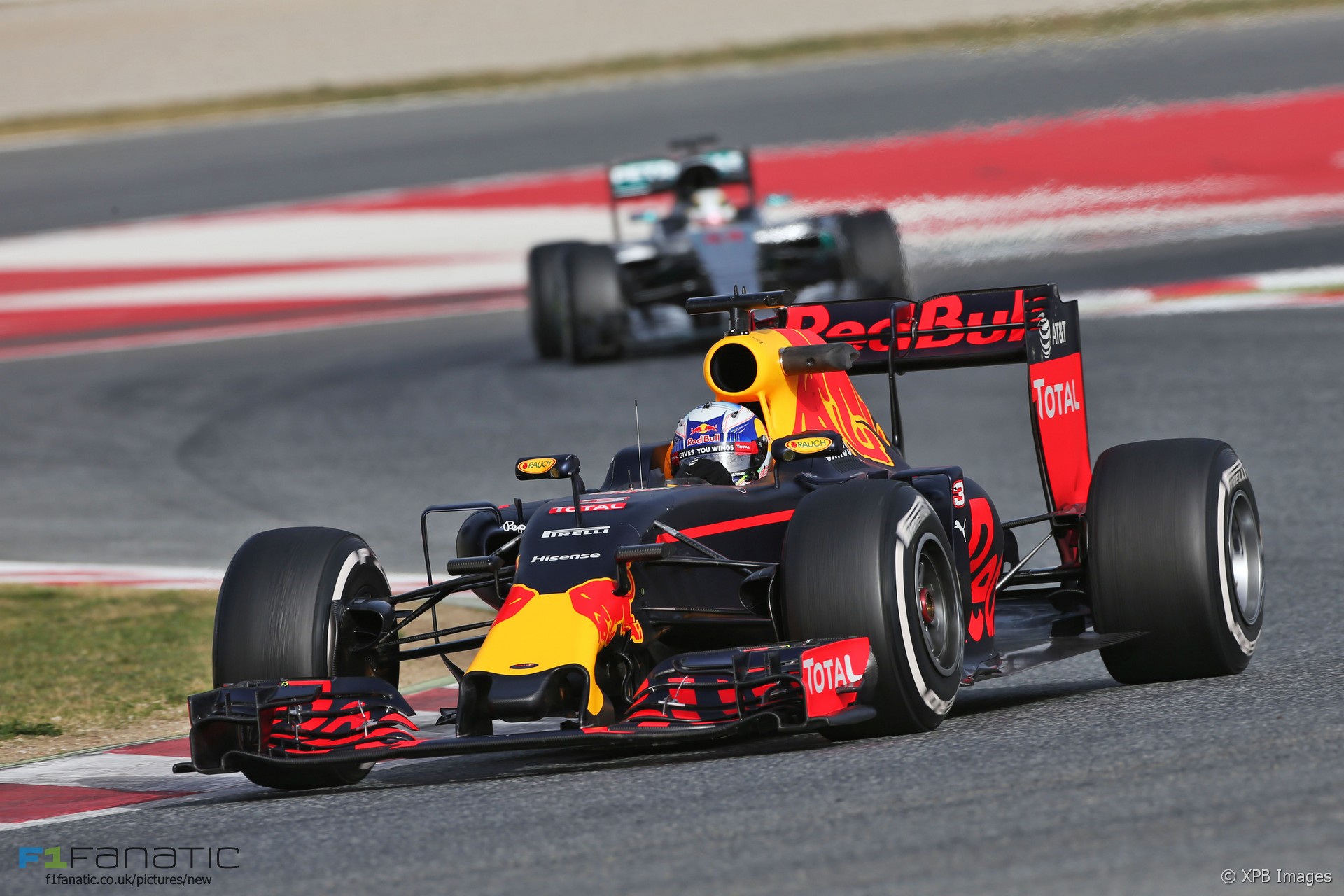 In the round-up: Red Bull will lobby F1 to introduce higher downforce cars next year at a meeting in Geneva tomorrow, a move resisted by Mercedes, with time running out to agree a deal.

High downforce back on F1 agenda for 2017 (Motorsport)

"Red Bull had led the push for major changes, which including a significant hike in downforce helped by a larger diffuser. However, Mercedes led the dissenters after its research indicated that overall lap times would be slower because Pirelli would have to run higher tyre pressures, which in turn reduced grip."

"It is a great opportunity to do something fantastic for the fans. We should do it properly."

"The team did say 'expect something similar to last year', for the first test at least. It's pretty much that for now."

"I think we are having some bits which are maybe slightly unusual,

Sebastian Vettel Q&A: Nobody will be sandbagging this year (F1)

"If you look at the numbers it was rather close between the two of us and it will be close this year."

"We don't know exactly why it broke but we know where to reinforce it and we have a solution so that we can keep on running."

"NASCAR are eying a strategy to help build their international presence but the preeminent stock car racing organisation have no immediate plans to schedule races outside the United States."

"F1 is expensive and challenging, but if there was any American to conquer it in the 1970s, it was Roger Penske."

Timely message from F1 fans in Barcelona ahead of tomorrow's meetings re 2017 rules in Geneva: https://t.co/UWwtOkY3dk

Big F1 meeting tomorrow. New McLaren proposal on table for 2017 car. Horner: "It will be an interesting day". AMuS: https://t.co/GGQf0O1JfO

It’s such a beautiful car, really.

With this kind of livery, I’d imagine this would be the perfect fit for a young American driver who has prior experience with the team, proven capable in race scenarios, very marketable in bringing in new sponsors on top of the existing ones they already have.

Happy birthday to Satoru Nakajima who is 63 today.