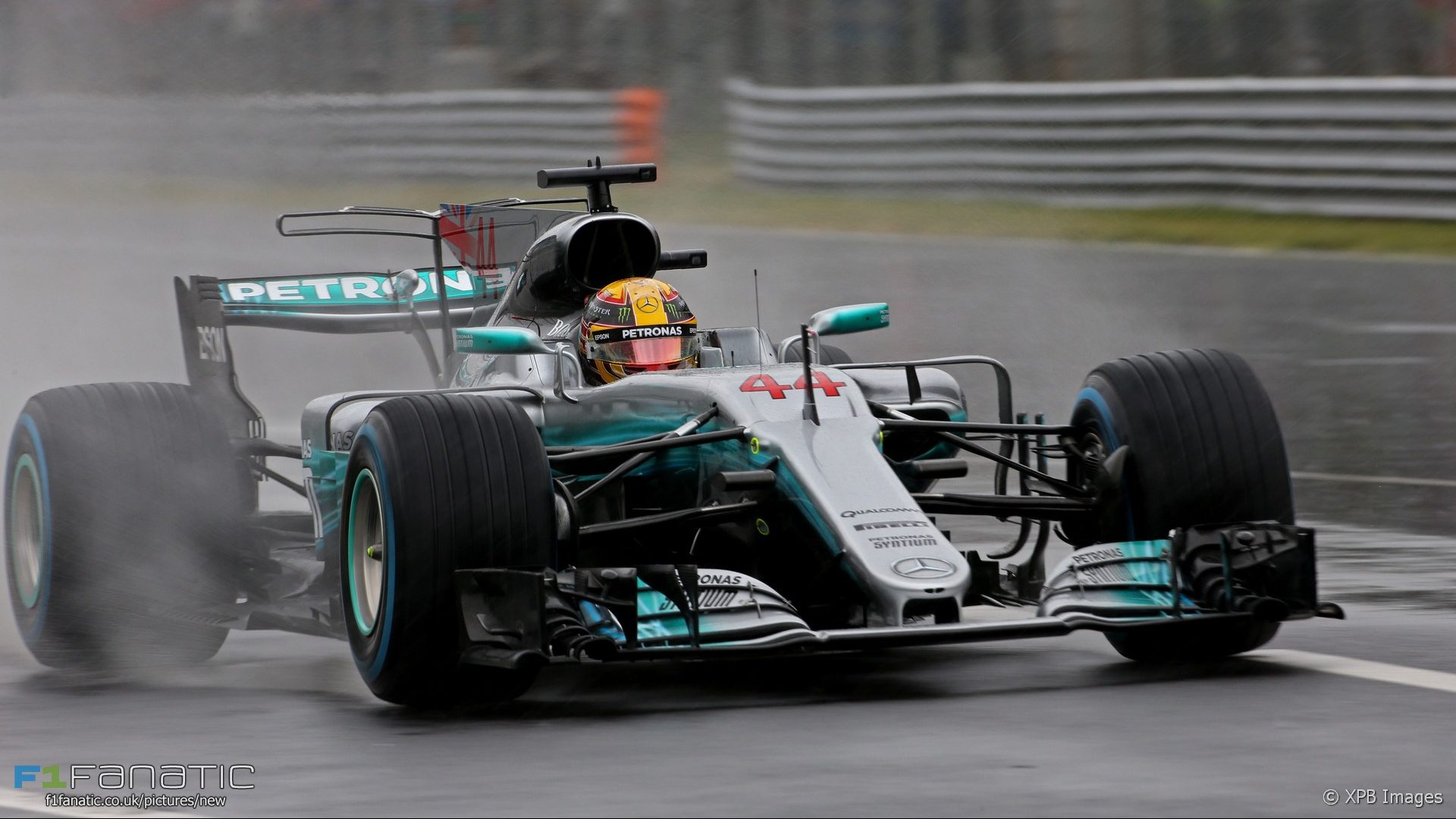 Lewis Hamilton surpassed Michael Schumacher as Formula One’s most successful qualifier of all time in a soaking wet session at Monza.

The Mercedes driver claimed his 69th career pole position after a commanding performance in a qualifying contest which was heavily delayed by rain.

The Red Bull drivers qualified second and third but will drop down the order due to penalties. That means Williams driver Lance Stroll will join Hamilton on the front row of the grid.

Despite the very wet conditions qualifying began on time. But within a few minutes the session was red-flagged after Romain Grosjean lost control of his car on the pit straight.

The Haas snapped out of control after hitting a patch of standing water on the straight. Grosjean’s car came to a stop approaching the Rettifilio chicane.

Nine drivers had set a time when the session was stopped. Lewis Hamilton had set the fastest time, his lap of 1’40.128 comparable to what drivers had done in the similarly wet morning practice session.

The session resumed over two hours later with track conditions slightly better than they had been initially. One by one each of the drivers pitted to swap their full wet weather tyres for intermediates.

Fernando Alonso was the driver who started the trend, followed quickly by Sebastian Vettel and Max Verstappen. Vettel struggled on his subsequent laps, going off at Ascari and Rettifilio, and although he ended up third the two Mercedes drivers were faster by more than a second.

Kevin Magnussen also made an early switch to intermediates but failed to make it pay off and dropped out. He joined his team mate, the two Sauber drivers and Jolyon Palmer.

Occasionally showers continued as Q2 began which prompted some drivers to switch back to full wets for the second session. But within a few laps the track conditions were improving again and most drivers took new sets of intermediates for their final runs.

The Mercedes drivers had switched to intermediates late in Q1 and re-used the same sets for the start of Q2. Once on fresh tyres they asserted themselves as usual, Hamilton on top by seven-tenths from his team mate, who had a similar gap back to Verstappen.

Vettel was fourth-fastest and separated from his team mate by Lance Stroll, who impressively put his Williams in fifth. Felipe Massa made the cut in the team’s other car while Stoffel Vandoorne got his McLaren in the top ten with his final run.

That knocked out Sergio Perez, who had been just two-thousandths of a second slower than team mate Esteban Ocon. Nico Hulkenberg, puzzled by his car’s handling on the intermediate tyres, also dropped out. The Toro Rosso pair joined them along with Alonso.

The rain returned once more as the pole position shoot-out began. The Mercedes drivers and Vettel gambled on intermediate tyres to begin with but were swiftly back into the pits to join the others on full wet weather tyres.

While this was going on the Red Bull pair were vying for pole position. Verstappen set the pace ahead of Ricciardo, but the two young drivers from Force India and Williams were also in the mix.

A series of consistently quick laps from Ocon put him in with a shout of the front row. But he made a mistake at the della Roggia chicane on his final lap and fell to fifth. His place was taken by Lance Stroll, who grabbed a valuable fourth position with his final run.

Hamilton headed the times initially on his full wet weather tyres but pitted for a fresh set with minutes to go. He had enough time for one final flying lap and he delivered, putting his Mercedes back on top by over a second.

The Red Bull drivers were next but their grid penalties means Stroll is promoted to the front row of the grid for the first time in his career. The Ferrari drivers struggled but will move up to the third row of the grid once penalties are applied.