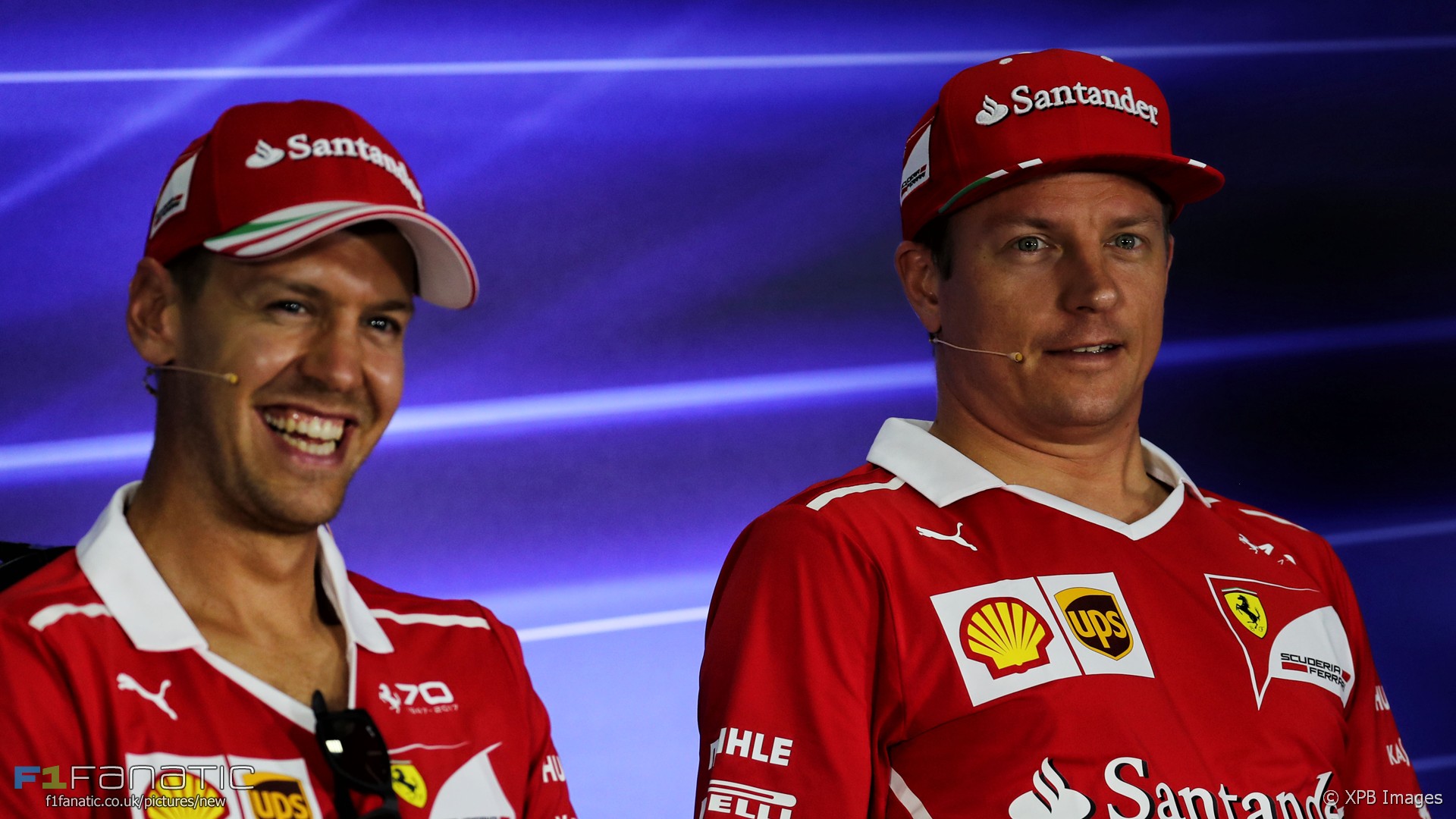 With fives races left to go points are at a premium for the championship contenders. However Sebastian Vettel can count on more help from his team mate from now on.

Here are the key talking points for the Japanese Grand Prix.

Vettel must hit back

Salvaging fourth place from last on the grid in Malaysia was a relief for Vettel but the fact remains he’s lost points to Hamilton at every race since the summer break. If that doesn’t change this weekend Hamilton will be in the same position Nico Rosberg was after this race 12 months ago: He will be able to take the championship by finishing second behind his title rival in all the remaining races. Which, of course, is exactly what happened.

On a cooler track with fewer of the long, slow corners where the W08 struggled in Malaysia, Mercedes should be in better shape. Suzuka is more akin to Silverstone, where they were unstoppable, but it seems nothing can be taken for granted with this fickle car.

Vettel’s superb form at this track will make him a significant threat. The two title contenders haven’t faced each other in a race situation for a while, but this weekend promises to be a closer fight.

The threshold has been passed. As of the last race Kimi Raikkonen is mathematically out of contention for the drivers’ championship.

As he explained earlier, this is the point at which he is now required to “help” his team mate.

At times Ferrari has appeared to tilt the playing field in Vettel’s favour, notably in Monaco and Hungary. But now they can fully exploit the potential of being a one-driver team. At a track like Suzuka where overtaking is difficult, Raikkonen could make himself very useful by running a different strategy to interfere with Hamilton’s race.

Can Hamilton avoid a breakdown?

Valtteri Bottas had an engine let go in Spain. Kimi Raikkonen didn’t even start in Malaysia. And Vettel’s power unit kept him from taking part in qualifying at the same race.

Hamilton, meanwhile, hasn’t been forced out of a competitive session by a car problem all year. The worst he had was the faulty head rest at Baku, where he still finished but lost a likely 15 points.

Can he go all year without a breakdown? He hasn’t done so since the V6 hybrid turbo era began.

This is Honda’s third home race since they returned to Formula One and still the project shows no sign of coming right. Their relationship with McLaren ends in a few weeks’ time before they embarked upon an arranged marriage of necessity with Toro Rosso.

A point on home ground would mean a lot. But is there any chance of it happening?

There have been signs of an upward trend. Both McLaren-Hondas started the last two races inside the top ten. Stoffel Vandoorne has scored consecutive seventh-place finishes which have propelled him ahead of Fernando Alonso in the constructors’ championship.

But Suzuka’s few long straights have brutally exposed the shortcomings of their engine on previous visits. Racing director Eric Boullier, long tired of phrasing polite euphemisms for his team’s lack of performance, admitted it “won’t be the easiest track” for McLaren-Honda.

The Malaysian Grand Prix wasn’t short of incidents but strikingly none of them attracted anything in the way of sanctions.

Twelve months ago Rosberg’s penalty for tangling with Raikkonen during the same race attracted some criticism. But at Sepang last time out we even saw one driver knock another into a spin yet avoid a sanction.

It’s another sign the stewards are adopting a more ‘hands-off’ approach this year.