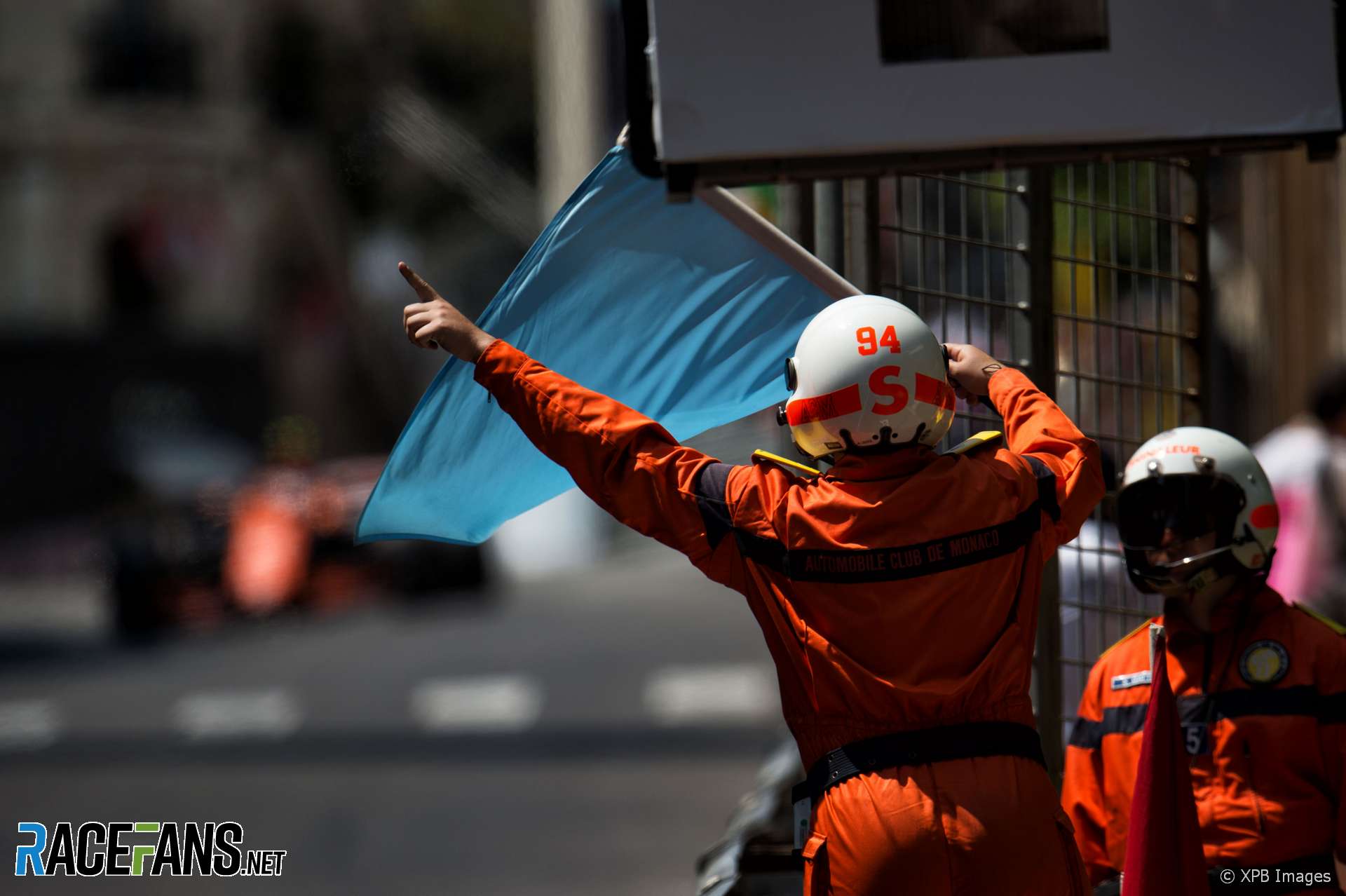 In the round-up: FIA race director Charlie Whiting doubts F1’s blue flag rules are likely to be eased in future.

At a media briefing in Spain, Whiting was quizzed on whether F1’s strict blue flag rules, which force lapped cars to move out of the way quickly, should be revised:

Q: Do we need blue flags? Has there been any talk about getting rid of them?

CW: Yes there’s been talk about that, it’s been proposed a few times. Hugely unpopular with teams and drivers, of course. It’s something that is on the agenda, so to speak. It’s not been rejected completely. But it’s something we’d have to look carefully at to make sure that it wasn’t overly exploited. But I think the principle, there are many forms of racing in which they don’t have such a luxury, is something that we are open to discuss.

Q: What’s the likelihood of it happening?

CW: Less than 50% I would say. It’s not popular. It would be quite something to get that through. But I think we need to think it through carefully.

Am hearing that next year @pirellisport F1 will denote 3 choices per race as Hard, Medium, Soft respectively, regardless of actual compound, which will be communicated to teams for comparison. Sidewall markings Red, Yellow, White respectively. @F1 #F1

Scuderia Ferrari would like to point out that M. Binotto has given no interview to any media after the FIA press conference at the Spanish GP, May 11th. Quotes appeared today were taken out of context.

From what I’ve seen so far at Indy, ‘Unpredictable’ will be the word for race day.

Vijay Mallya: "The car is getting better with each race. The updates in Spain took us a step forward and there is more to come."

"Pierre Gasly is doing good job in the other car and it's inevitable vultures will be circling if they see someone having a bit of a difficult time."

"The driver will decide the lap they commit to ‘hyperboost’ which will solely inform the FIA and ensure it will be a safe option. There is concern, however, as to how drivers will return to the racing line once they have committed themselves to this ‘hyperboost’ as to avoid any accidents on track initiated by driver simply joining the pack at a time that suits them."

"Stack those images up against the sight of Stroll, 19 years old, and Sirotkin, 22, struggling round at the back of the field, whatever fledgling talent they may possess obscured by the deficiencies of a car that the large chunks of the team’s £120m budget contributed by their personal sponsors – in Stroll’s case, his dad, in Sirotkin’s, a Russian financial institution – have been unable to fix."

@Esploratore’s read on which of the top teams will be most competitive in Monaco:

Red Bull’s chassis looks really strong, yes, considering it’s well known that Renault engine is not at the level of Mercedes, who might’ve been jumped by Ferrari slightly on engine. Red Bull, despite that, managed to have the same pace as Ferrari in Australia, same as Mercedes and Ferrari in Bahrain, a little slower than the other two in China, same as Mercedes in Baku when the battery didn’t give issues, same as Ferrari in Spain, so they look more-or-less in the fight with their race pace. They lose a lot in qualifying which sets them back.

Hopefully they’ll be able to deliver in Monaco. Their championship fight is over but it’s a team that only won three races last year, they certainly could aim to win five or six races in a season, that would be a step, before worrying about the title.

One thing is certain: I wouldn’t underestimate Mercedes, they’re capable to get pole even on a bad track, and Ferrari changed their wheelbase as well, so shouldn’t be as favoured in Monaco as they were last year.
Esploratore