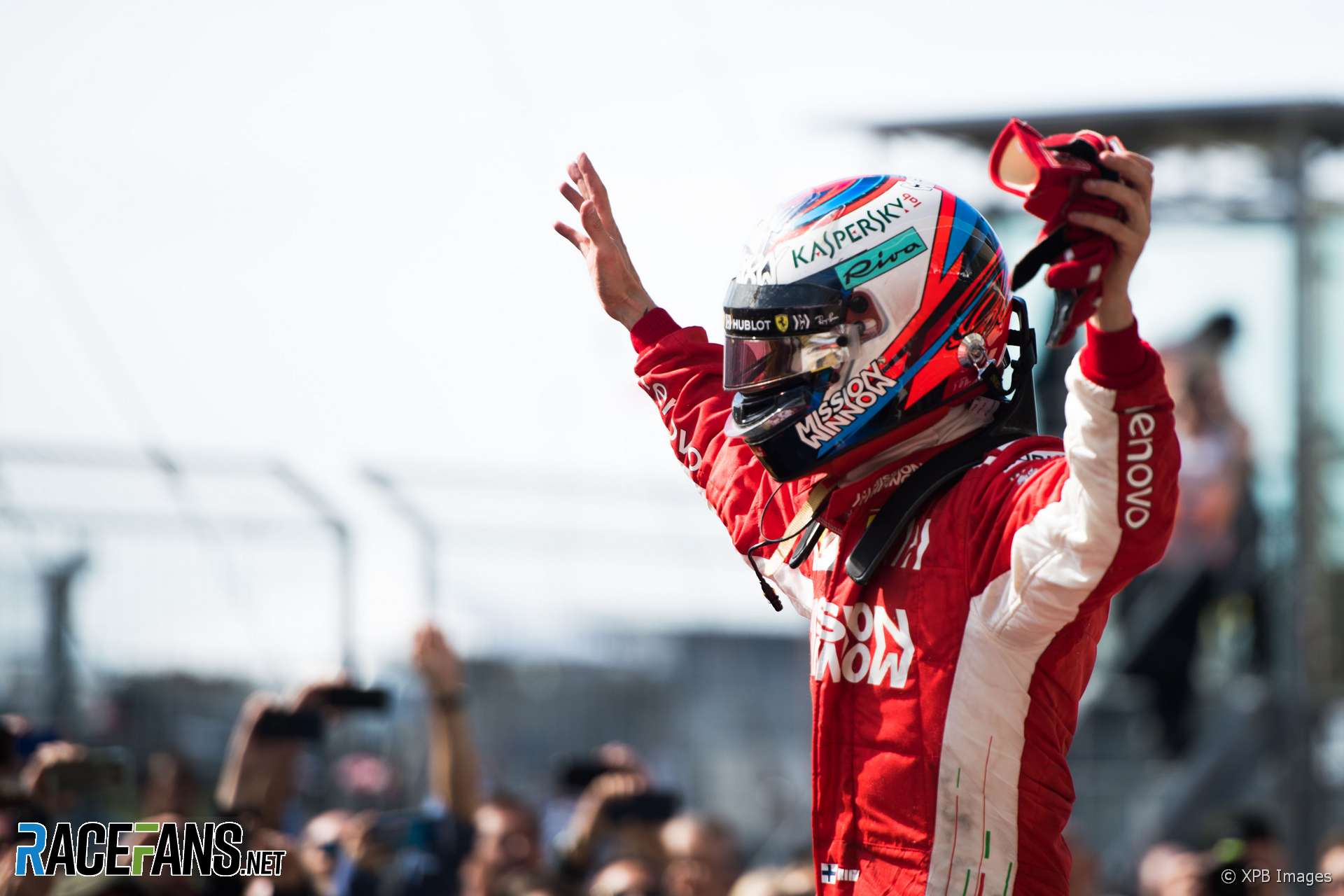 The victory yesterday made Raikkonen, 39, the oldest Formula 1 driver to win a race since Nigel Mansell in the 1994 Australian Grand Prix.

“I might be getting older but it’s not too bad still,” said Raikkonen. “Maybe I’m OK to be [here] a few years more.

“I enjoy it, so we are here to try to win. I always try to do it, but obviously it’s not easy, otherwise anybody could do it. I think this weekend we have been pretty solid in many ways.

“I just had a good feeling with the car. We’ll see what happens in the next race, but so far it’s been OK. I don’t complain a lot. We’ll have for sure some fun tonight and we go next week to the next one.”

Raikkonen only has three races left at Ferrari before he leaves to join Sauber. However he said his victory does not prove Ferrari were wrong to replace him with Charles Leclerc. “For sure I didn’t mean on that side.

“I think people don’t understand I’m actually very happy where I’m going. I had my time with Ferrari, I won the championship with them. I won many races with them.

“For me, as a driver, I want different challenges, I want different things and I’m actually very happy to go there. It’s roughly 40 minutes from my home. For sure my family will be happy, I’m happy to be with my family. I think it’s probably the best thing.

“I wasn’t really disappointed with the decision at any point. The only thing that I was interested in was to know what was going to happen and that’s the only thing. The rest, I’ve been long enough in F1 to know that things… it doesn’t matter if you have contracts or not, things happen for different reasons but I think the end result is that I’m very excited about it.”

33 comments on “Raikkonen: Win shows I’ve got a few years left in me”