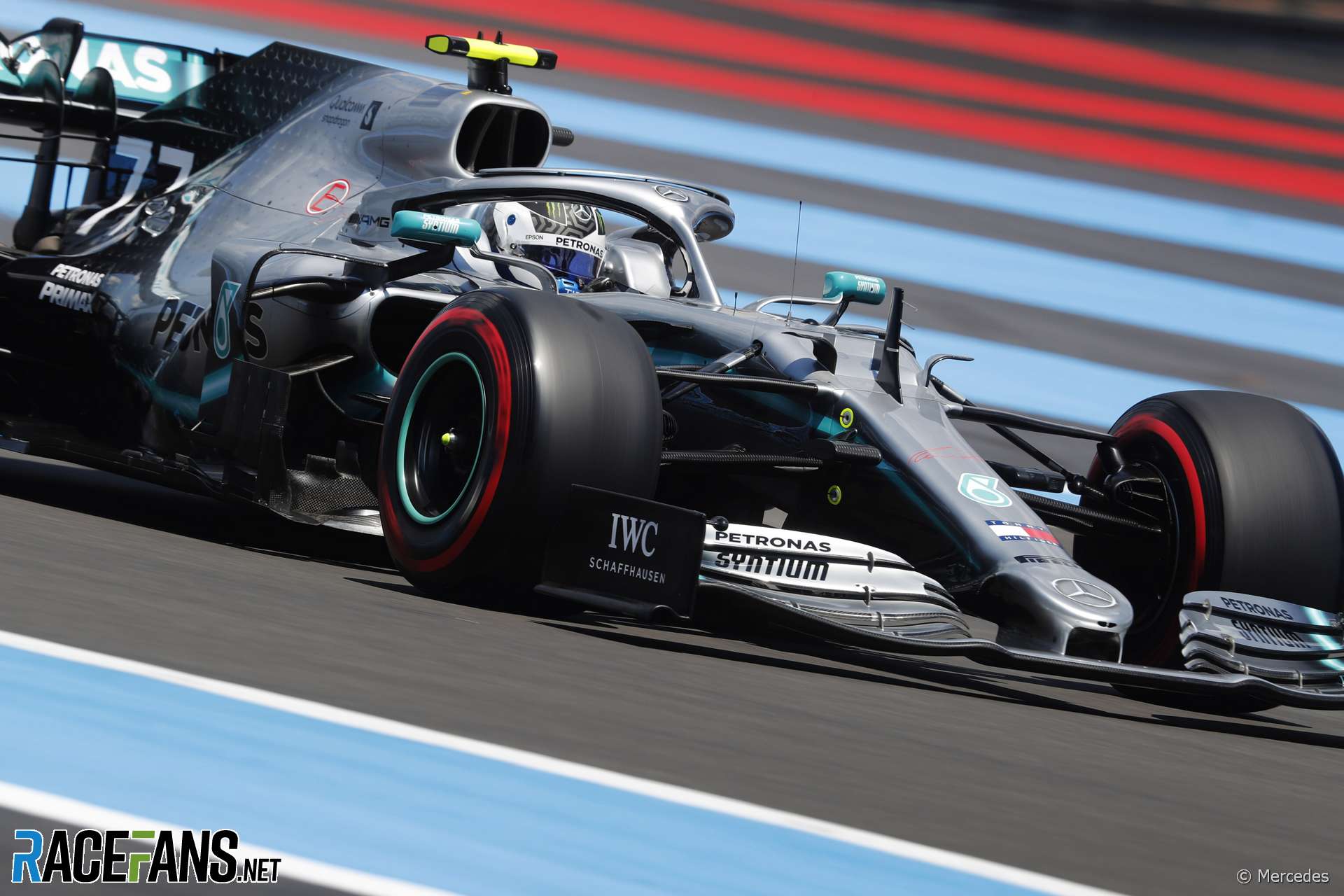 Mercedes have explained why Valtteri Bottas lost four seconds during the Virtual Safety Car period in the French Grand Prix, which allowed Charles Leclerc to attack him at the end of the race.

Motorsport strategy director James Vowles revealed Bottas was at risk of receiving a penalty and had to slow down suddenly, which left him four seconds “positive” to the target time when the VSC period suddenly ended.

“This was the shortest VSC we’ve had so far,” Vowles explained in a video released by Mercedes, “32 seconds total duration of which 18 was from the VSC deployed to the VSC ending.

“That period of time is very, very busy for the drivers. First of all they are towards the pit entry so we have to make sure they know that they are not [pitting] and that takes a few seconds to get out. Next, we have to put the [power unit] into a number of different modes to make sure it is safe to operate under a VSC and ready to go at the restart.

“From the VSC ending message it was 14 seconds, again a very short period of time. During that, Valtteri was actually in a high-speed corner going into a slow-speed corner when the VSC came out and actually went what was called ‘unsafe’ on his delta time. That means he is negative, that means he is in a condition that if he carries on that way he could receive a penalty.

“So priority one was getting him safe relative to the delta time, i.e. slowing down, which took a few seconds to do. He did that, he was about four seconds safe relative to the delta time and everything was good. The problem is, when we got the VSC ending message he didn’t have very long and a lot of distance in order to get back into a condition of being, let’s say, zero.”

However Vowles pointed out the time lost under the VSC was only a small part of the reason Leclerc was able to catch Bottas.

“As a result of it we lost a few seconds relative to optimum, but you would’ve seen that Charles Leclerc had exactly the same thing. He closed up only by a few tenths, he suffered from the same dilemma because he was at the same part of the track we were.

“So, under those VSC conditions, when it’s a little bit longer you have enough time to really get back close to that delta time of around zero, but when it’s so short like that it’s just a little bit busy and we didn’t quite optimise it fully.”