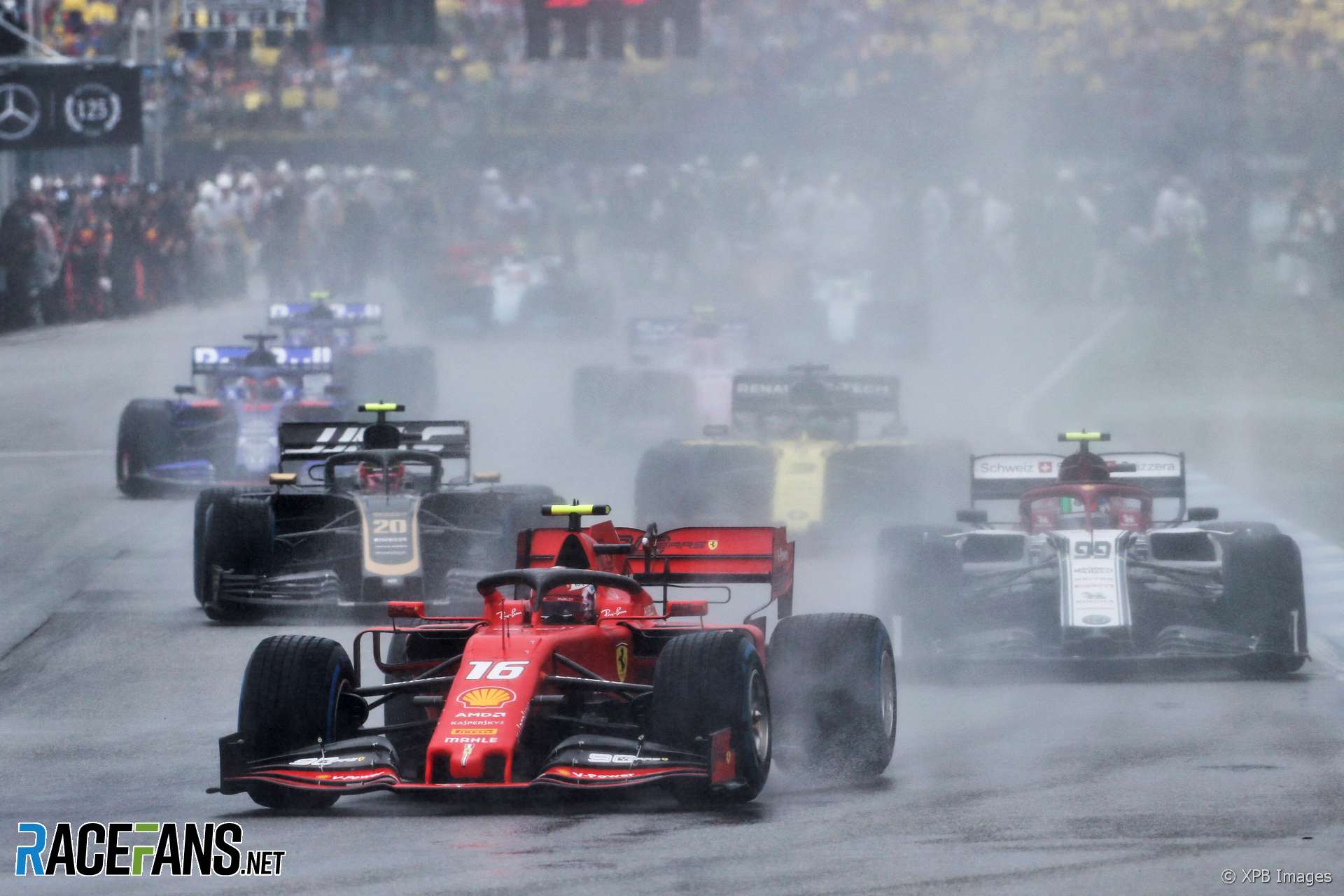 The German Grand Prix stewards have explained the decision to fine Ferrari after Charles Leclerc was released from his pit box unsafely during the race.

Leclerc made contact with Romain Grosjean when many drivers pitted together during an early Safety Car period. The collision occured as Ferrari sent him out of his pit box during the race.

After re-watching today’s incident the stewards ruled Ferrari did release Leclerc “into the path of the approaching car eight [Grosjean].” As a result “the cars made minor contact.”

The Ferrari driver had to squeeze between Grosjean’s car and the waiting mechanics of other teams, the stewards noted. “Leclerc drove at an acute angle to avoid a tyre changer in the next pit and had no opportunity to drive in the merge area.”

Ferrari was fined €5,000 for the incident but Leclerc avoided a sporting penalty for the collision. Max Verstappen was given a five-second time penalty in the Monaco Grand Prix for a similar incident with Valtteri Bottas.

Last year there were five investigations for unsafe releases in the pit lane during races, all of which resulted in fines of between €5,000 and €50,000. Many of these related to incidents where cars were sent from their pit boxes before their new tyres were fully secured.