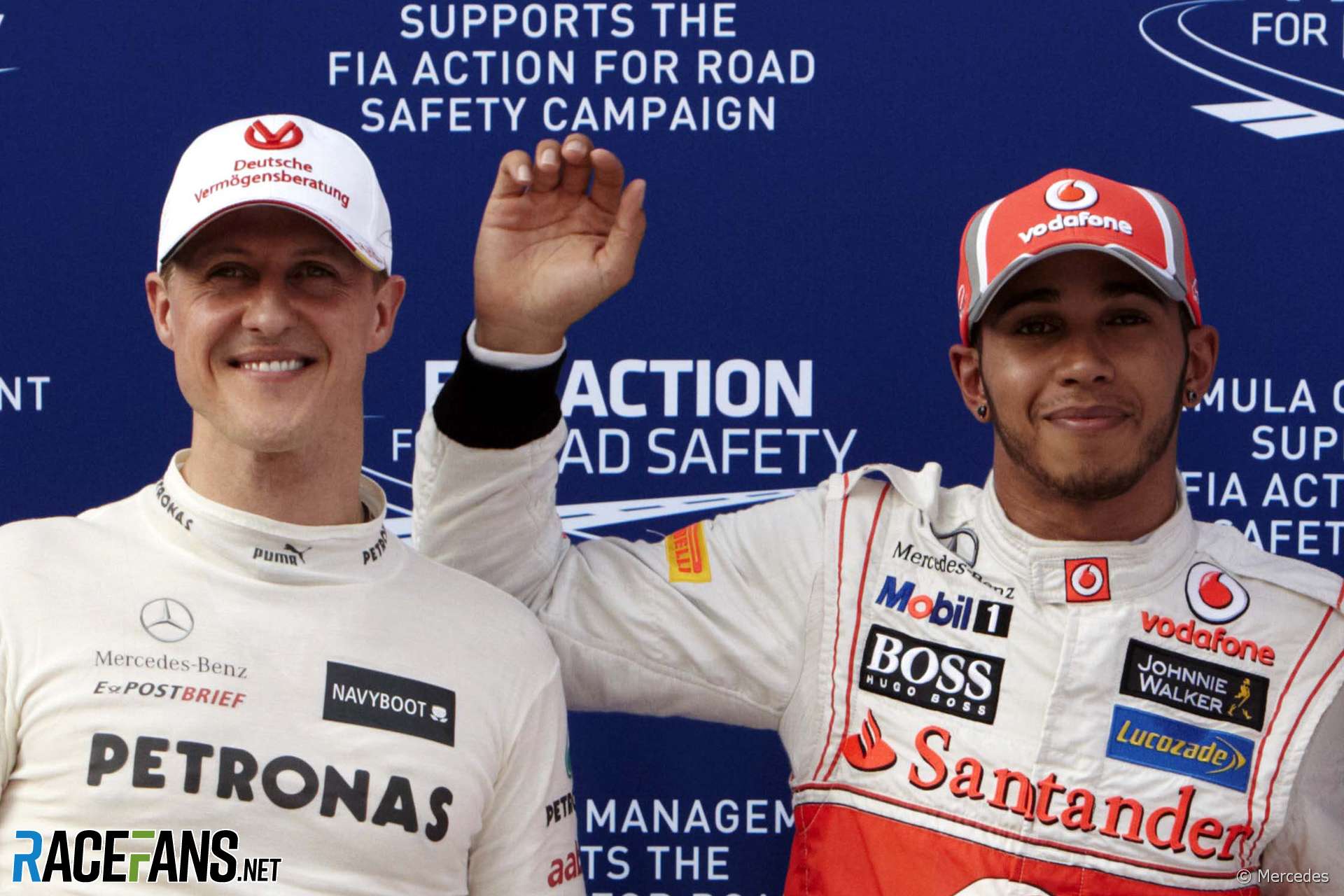 In the round-up: Lando Norris names Lewis Hamilton as one of the two best Formula 1 drivers of all time.

Norris said Michael Schumacher was the other driver he ranks alongside Hamilton, after the Mercedes driver clinched his sixth world championship title:

I’m super-happy for him. He’s the second driver ever to get to six world championships. I’m sure he’s going to go on and win even more.

It shows he is – I don’t know ‘the’ – but one of the two best drivers ever in Formula 1. So to be able to watch him, see him race, get to know him a bit more around the paddock. I’m happy I get to do that.

Congrats to him and Mercedes, of course, they’ve done a decent job over the last six, seven years so fair play to them.

"I expect that he could become a positive surprise of the year because people don’t know him so much…"https://t.co/4E4eX2BJKp #F1

Otmar Szafnauer: "As we near the end of the season, I can say that I am pleased with our performance since the summer break. We’ve worked hard to improve the car and scored points in all but one of the last seven races. The point we scored in America helped move us up to sixth place in the championship and mathematically we can still aim for fifth. "

Antonio Giovinazzi: "The renewal of my contract is a big confidence boost and I cannot wait to repay the faith the team has shown in me."

"Formula 1 must evolve to maintain its avant-garde character and carry forward initiatives that are coherent with the evolutions and challenges of contemporary society. Carbon neutrality is obviously a key issue and mobilizing the thousands of engineers working in Formula 1 and all the fans around this collective goal is an excellent initiative."

Zak Brown: "We believe motorsport has an opportunity to demonstrate sustainability through key technology to evolve our industry into a showcase for the future. We support and applaud F1’s sustainability strategy announced today."

Will Alexander Albon manage to hold onto his Red Bull seat for the long-term?

I don’t think his seat is under much threat since Red Bull currently have no better candidates to replace him with.

Toro Rosso contains two drivers they have already rejected from Red Bull. Unless someone else pops up suddenly or a top driver from another team becomes available (I doubt there are many they would consider) then the only way I see Albon losing his seat next year is if he seriously under-performs.
Keith Campbell (@Keithedin)