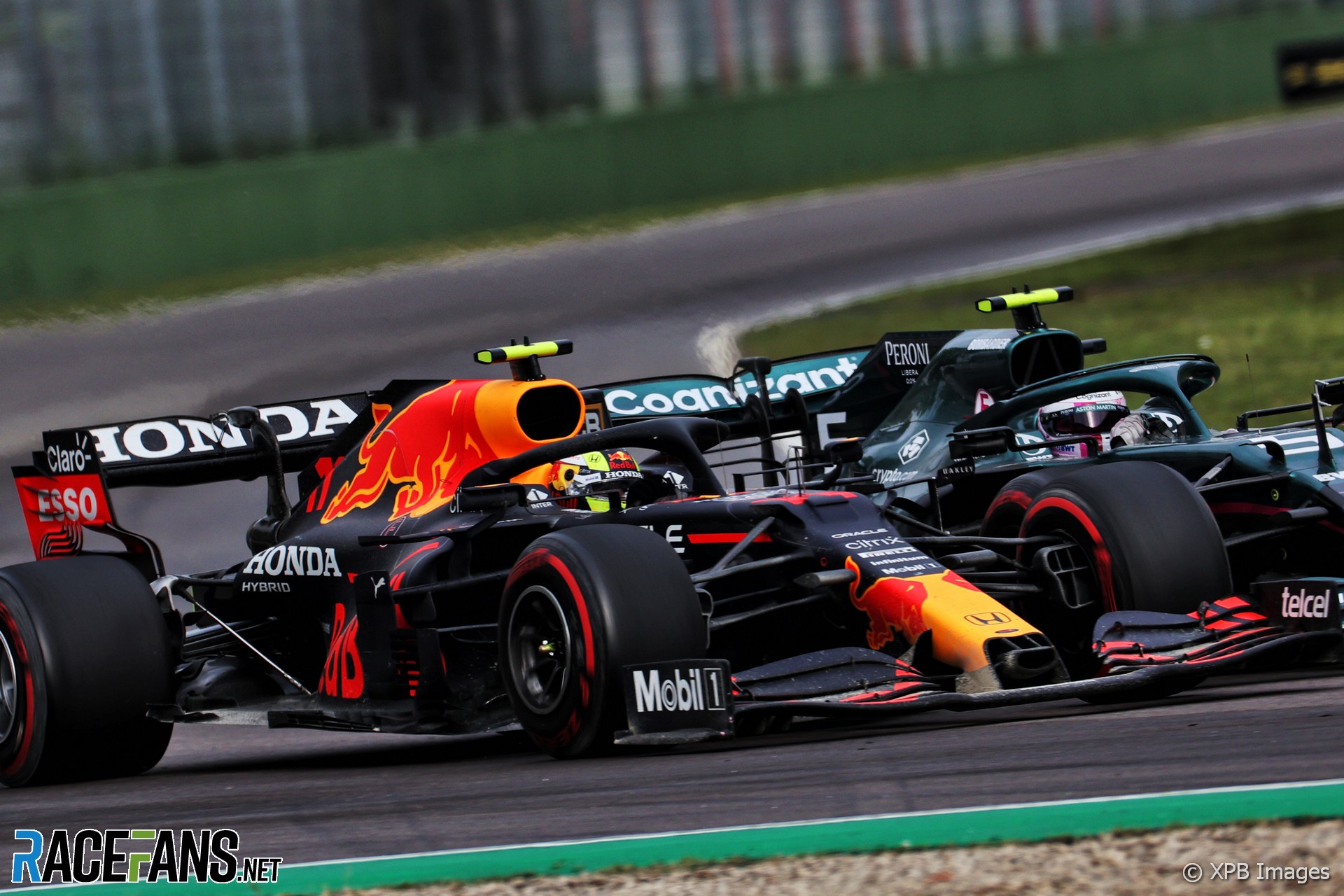 Red Bull team principal Christian Horner refused to be critical of his driver Sergio Perez following a series of errors by the team’s new signing in his second race for them.

Perez qualified a career-best second, ahead of team mate Max Verstappen, but was passed by him at the start. While Verstappen went on to take a dominant win, Perez endured a difficult race and finished out of the points in 12th.

A first-lap error cost Perez a place to Charles Leclerc. He then slid off-track while the field was running behind the Safety Car, losing more places. Rather than hold station as required by the rules, Perez overtook the cars which had passed him, and as a result was handed a 10-second time penalty.

He served that during his pit stop, but a spin at the Villeneuve chicane dropped him out of the top 10. He was unable to climb back into the points-paying positions, running wide again after bouncing over the kerbs at Tamburello while trying unsuccessfully to pass Sebastian Vettel. He finished 12th, over a minute behind Verstappen.

“I think that it’s just time in the seat,” said Horner. “He did a good job yesterday.

“It’s frustrating not to have him up there, but he’s certainly finding his pace, finding his feet, and I’m sure he’s going to have much stronger weekends ahead.”

Perez has said he’s ”miles away” from where he wants to be with the Red Bull-Honda RB16B, and still finds its handling “unnatural” compared to the Force India and Racing Point machines he has spent his past seven Formula 1 seasons in.