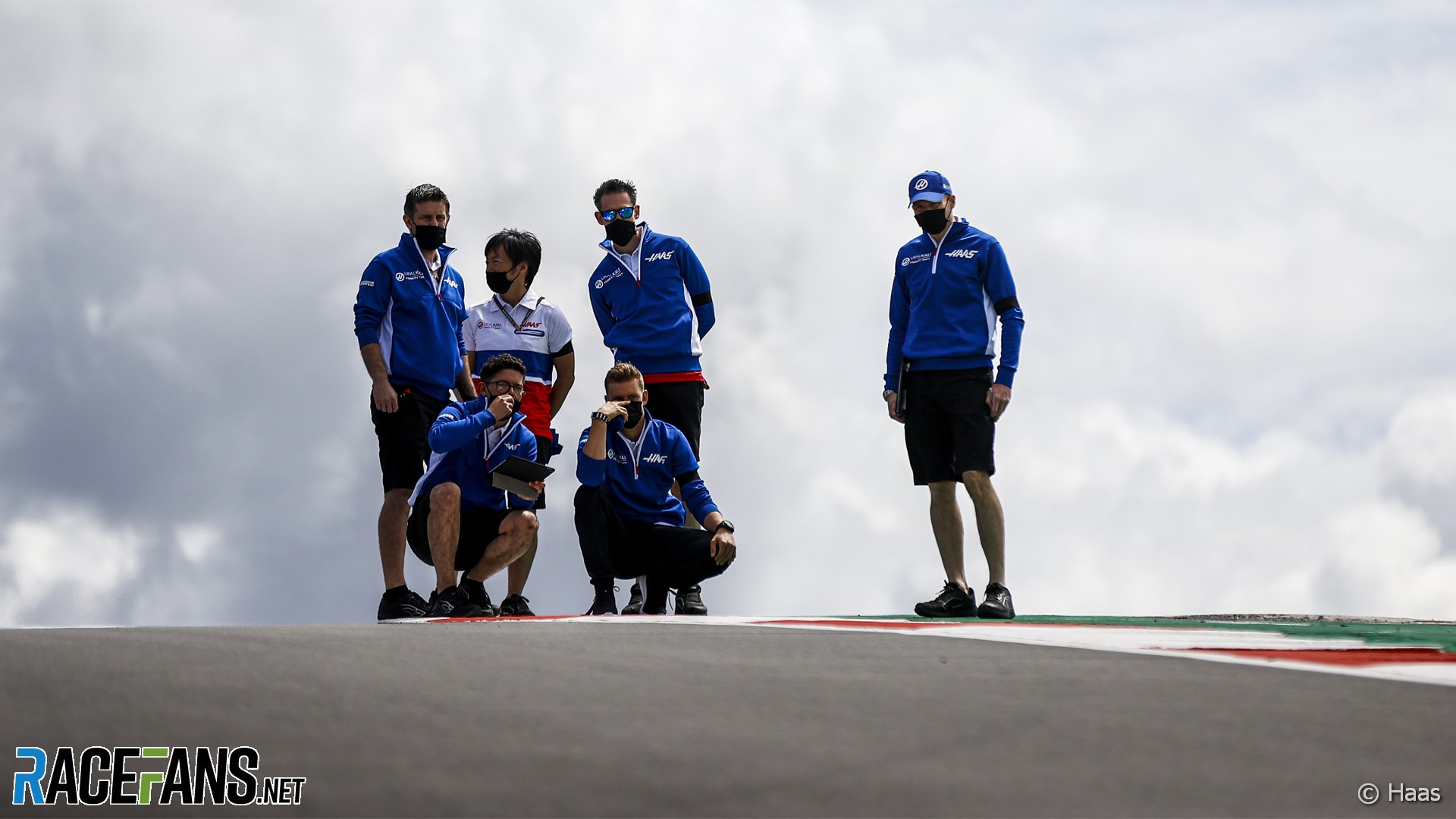 In the round-up: Mazepin, Schumacher and Tsunoda have a trip into the unknown this weekend in Portugal, and have used different approaches for overcoming their inexperience at a track fairly new in F1.

How F1 rookies prepared for Algarve

None of F1’s three rookies have ever raced at Algarve before, and they’ve taken very different approaches to preparing for this weekend’s Portuguese Grand Prix at the circuit.

AlphaTauri’s Yuki Tsunoda, the only of the three to have scored points so far, has kept it simple and done “a couple of sim sessions, which I normally do before the race week”. As most drivers tend to visit their team’s simulator before racing at a circuit they have little experience at, Tsunoda’s frame of reference was so limited that even the Thursday track walk took him by surprise.

“Lots of up-down, I didn’t expect that huge difference,” he said. “I’m really looking forward to it.”

Haas pair Mick Schumacher and Nikita Mazepin both got in real vehicles during the break after the Emilia-Romagna Grand Prix at Imola, but of very different kinds. Schumacher tested a Ferrari F1 car, albeit at Fiorano, but he has tested privately at Algarve before.

“I have been here in a GP2 car, 2018,” he revealed. “It was obviously before it was resurfaced, so I haven’t driven the new, I probably would call it the new bumps here. But it’s a very fun track. It still has the same characteristic of those undulating parts and a lot of blind corners. Definitely looking forward to driving it tomorrow.”

“With current regulations of not being able to test unless it’s a two-year-old F1 car, there’s really not much options of what I could have been doing,” said Mazepin. “And then there’s also Covid-19 restrictions that only allowed me to go home and see my family and spend a bit of time outdoors and drive something off-road. That was the only thing I could have done. So good for Mick that he did what he did, but I did what I could have done as well.”

F1 reaffirms Mexican and US rounds will go ahead

F1 has reassured fans both remaining races in North America will go ahead this year following the cancellation of the Canadian Grand Prix. The race was officially called off on Thursday, with a replacement event at Istanbul Park in Turkey immediately announced in its place.

With the next North American rounds half a year away, F1 has given advanced notice to expect both races to take place. “Regarding the announcement about the cancellation of the 2021 Canadian Grand Prix we want to reassure that the Formula 1 Mexico City Grand Prix 2021 presented by Heineken is confirmed to take place next October,” it said in a statement.

|@LewisHamilton says he may join a three-day boycott of social media by football, rugby and cricket teams, which is due to start tomorrow, in protest against the platforms' failure to tackle racism.#F1 #PortugueseGP pic.twitter.com/rA4V36Bg7d

Get yourself a man who looks at you the same way I look at @landonorris trophy! Never thought I’d hold a F1 trophy in my wildest dreams, with such an amazing team! So proud of everyone at @McLarenF1 pic.twitter.com/MmdLPEreut

"The EPrix, tentatively scheduled for July 2022, will anchor a three-day festival-style event billed as Canadian EFest. This will include a two-day sustainability and climate change conference and an E-Prix round held on a single day which, according to the motion, 'would generate significant economic benefit to the city and support recovery of the gutted tourism sector'."

"To race single-seaters on an oval is very different, especially with the new Aeroscreen. The car has a bit of a different balance from what I was used to (in 2018). Following cars is always difficult, as well, getting used to the experience not only at Texas but also Indianapolis because you can run fast laps on your own in practice and you could be quick in qualifying, but you go out in the race and it’s going to be hard to get that experience of following in traffic, timing passes and all that kind of stuff."

"The KCMG Driver Development Project will provide top level support for its members, supplying a dedicated driver and performance coach from the team’s impressive staff roster for mentorship. Off-track support will also be provided as driver fitness will be handled by an exclusive physiotherapist to ensure participants are performing at their maximum potential."

"Driving as a solitary entry for Pinnacle Motorsport – which itself is making its European racing debut after many years competing in Asia – Dunne first showed his hand when he went fastest by more than one second with around six minutes remaining in the first of the two 15-minute sessions."

"For a sport that lives or dies by innovation, Formula 1 can be spectacularly ham-fisted when it comes to conceiving fresh ways to sell the show."

The crash between Mercedes’ Valtteri Bottas and Williams’ George Russell last time out at Imola was brought to the fore again in the Thursday press conference at Algarve, with Russell backtracking even further from his immediate reaction, where he blamed Bottas, and then his post-race remarks and social media apology from two weeks ago. Whether his latest remarks aligning himself in some capacity with Mercedes’ perspective have actually helped his position both on the crash and within F1 hasn’t gone unnoticed by Ajpennypacker.

It’s not so much the apology, but imagine a former great team with a lot of history and pride, having it’s star driver speak in in the most obsequious manner imaginable about a rival team. I’ve never even seen anything like this with Toro Rosso and RBR. No George Russell. Bottas and Hamilton are rivals, and while it’s not likely you will meet on track again, you are a damn Williams driver right now.

I feel disdain for the charade of big teams and powerful people having soiled the grid with their influence. We’ve seen Toro Rosso plenty of times move over for Red Bull. We’ve seen Force India get out of the way for Hamilton. We’ve seen Alfa Romeo do the same for Ferrari. Now this.
Ajpennypacker

A selection of RaceFans’ top reads from this month which you might have missed: