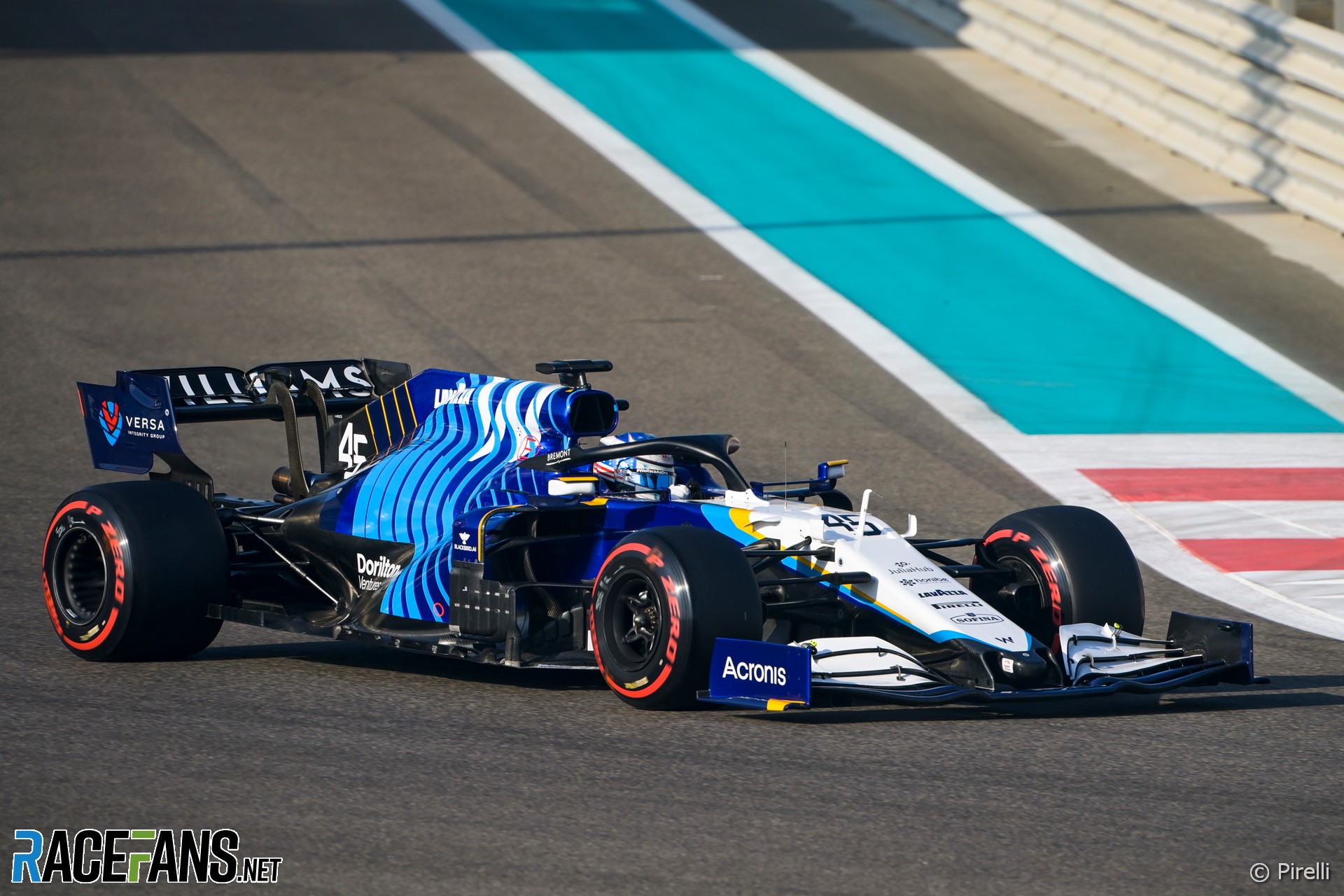 In the round-up: Williams junior driver Logan Sargeant said his first Formula 1 test in Abu Dhabi was “the experience of a lifetime.”

Sargeant, who signed to Williams’ junior programme during the United States Grand Prix weekend, ran his first day in an F1 car as part of the Abu Dhabi young drivers’ test yesterday. He called it “everything I expected and more.”

“The team did a great job preparing me for today and giving me the confidence to go out there, enjoy it and do the best I could,” said Sargeant.

“We got through the run plan and I really progressed a lot throughout the test. The first couple of runs felt unbelievable with the amount of grip and power the car has, but I got used to it fairly quickly and felt comfortable by the end of the day.”

Sargeant, who came within four points of winning the Formula 3 title last year and recently made his Formula 2 race debut, said the FW43B was “a massive step up” from those cars. “The brake performance is much better and there’s a lot more downforce. The stopping power was like nothing I’ve felt before.”

Brawn: Wolff and Horner comments to Masi not acceptable

“It is not acceptable that the team bosses put Michael under such pressure during the race,” said Brawn. “Toto Wolff cannot demand that a safety car should not come, and Christian Horner cannot demand that the cars have to lap back. That is at the discretion of the race director. We will stop this contact next year.”

Hazel Chapman, the Lotus Cars co-founder and board member of Lotus Cars, Team Lotus and Lotus Components, died on Monday at the age of 94. She ran the Lotus car building business, with designer husband Colin Chapman and was instrumental to the motorsport portion of the business.

She stepped back from the main business of Lotus in 1982 after being widowed and went on to run a classic racing and heritage section. She still signed off all Lotus cars, even after the sale of the business, including the Elvija in 2019.

Chapman was also the founder of British women’s racing club The Dog House and worked as a timekeeper, as well as being involved in the business of running the Lotus F1 team.

Nissany and Drugovich continue at DAMS and MP in F2

Roy Nissany has confirmed he will continue for another season with DAMS, with Felipe Drugovich switching from UNI Virtuosi to MP Motorsport in Formula 2 in 2022.

Nissany and Drugovich finished sixteenth and eighth respectively in the 2021 championship.

James Hinchcliffe has announced he is retiring from racing in IndyCar full time. The six-time race-winner posted an update to social media saying he would not be looking for a full-time IndyCar seat in 2022, after splitting from Andretti at the end of the 2021 season.

“With a decade-plus of incredible memories in the bank, I am happy to announce I am stepping away from full time IndyCar competition,” Hinchcliffe announced. “This was not a decision taken lightly, and it was one made with the full support of my family and closest supports. There were many factors, both personal and professional, that led me to this decision, but it truly felt like the time was right.”

Hinchcliffe insisted his decision “is by no means a retirement from racing” and said it “has freed me up to dip my toes into other forms of motorsport and explore other interests and opportunities.”

Today was the nearest experience I have ever had to possibly having my head fly off into space. 😅 #F1

Bruno Michel's debrief: We hope that we have kept you entertained! (Formula 2)

"2021 was different because we had less rounds, but more races per weekend. It provided us with great racing, and it was quite demanding on the teams. They took on the challenge and all worked very hard. They should be praised for their level of professionalism and their passion."

I’m just waiting for Masi to announce that the young drivers test is actually worth 396 points, so in fact De Vries is the 2021 champion.
@brightlampshade