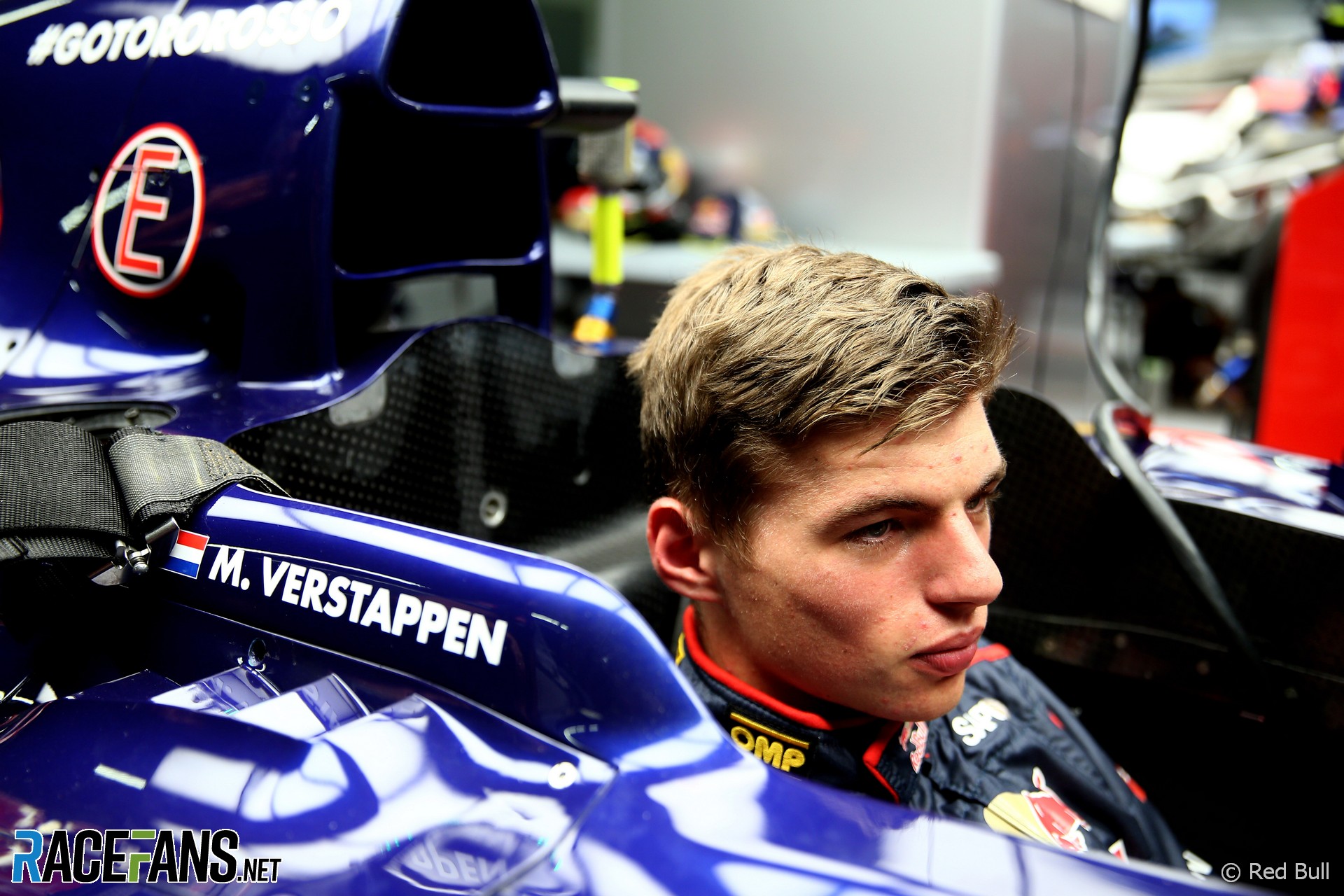 Formula 1’s latest world champion was able to debut at the top level when he was just 17 years of age.

The next year, Max Verstappen became F1’s youngest ever winner – by some margin – aged just 18 years and 228 days. But while Verstappen achieved so much so young, his breakthrough has not led to other teenage sensations making similar splashes in the world championship. At least, not from the current generation of junior single-seater drivers.

After Red Bull picked up Verstappen from the European Formula 3 championship, which he had moved to almost directly from karting, the FIA changed the qualification requirements for an F1 superlicence to remove two key elements which made his F1 arrival unique: he was under 18, and had only completed one season of car racing.

From then on all drivers applying for a superlicence need to have “completed at least 80% of each of two full seasons” of recognised championships and be at least 18 years of age. There is also a points requirement – very much a quality filter to make sure not all drivers who meet the other conditions can qualify for the licence.

But it’s not just this FIA-enforced system that is reducing the chances of a young driver entering F1 with the same impact as young Max Verstappen did.

Before having a junior driver academy was common among teams, there was only really McLaren who had a formalised structure for supporting young talents over the late 1990s and early 2000s before Red Bull upped their game. Part of the reason Red Bull not only increased the scale of their driver development programme, but then also brought an F1 team by 2005, is that they had limited negotiating power against the ‘super managers’ and those with a budget at the time.

Back in 2000, Red Bull were targeting a Sauber seat for protege Enrique Bernoldi, but the team instead signed unknown name Kimi Raikkonen from Formula Renault 2.0. Raikkonen’s test performances had convinced Peter Sauber he was the driver to go for, but it was also the fact that the 21-year-old was managed by Dave Robertson and his son Steve.

Dave, who sadly died in 2014, had brought Jenson Button onto the grid in similarly surprising fashion the year before as the British Formula 3 racer was chosen over Formula 3000 winner Bruno Junqueira. While commercial appeal was and still is a major element of attraction to F1 teams when signing a driver, the influence of managers who had already successfully brought future superstars into F1 only increased at that time.

Not long after, Nicolas Todt built a similar reputation as he engineered Felipe Massa’s path to Ferrari and many drivers after him. But nowadays, with several F1 teams running young driver programmes which can each feature as many as 10 juniors, there is an easier way for talents to be thrown into the paddock spotlight by something other than their pure commercial value.

This is where Red Bull has had a stronghold with their long-time de facto B-team Toro Rosso that has now become a ‘sister’ operation as AlphaTauri, currently fielding grand prix winner Pierre Gasly and Yuki Tsunoda. While Tsunoda had just a year apiece in F3 and Formula 2 before landing his F1 berth, Gasly had to win the GP2 title, almost repeat that feat in Super Formula and then race in Formula E before finally reaching F1.

Red Bull still have their motorsport consultant Dr Helmut Marko at the helm of the junior team, but many rivals have brought in or have links to the best-known managers and talent supporters in junior single-seaters. Red Bull’s rapid promotion strategy – with six of the 20 youngest F1 racers of all time having debuted with Toro Rosso, but only half of those still being on the grid today – has made others more cautious in moving drivers up the single-seater ladder too fast and particularly at the final step.

Reigning F2 champion Oscar Piastri, who was signed to what’s now known as the Alpine Academy after winning the 2019 Formula Renault Eurocup, is a perfect example. He was supposed to be supported through two years each in F3 and F2, but winning the title on his first attempt both times has left him in limbo as FIA regulations bar champions of the junior series it certifies from returning the next year.

Piastri’s career is managed by former Red Bull driver Mark Webber as well as Alpine, and despite the status his fellow Australian holds in the F1 paddock both as a racer and talent spotter, he does not possess the promotional power needed to place his protege in an F1 seat. Despite Piastri winning the two biggest titles on the FIA pathway to F1 back-to-back.

The Covid-19 pandemic contributed some amount to that with the lack of face-to-face meetings able to take place, and also the instability of the period leading to some teams finalising their 2021 line-ups as early as possible. The rising costs of racing have changed how the time of the likes of the Robertsons, Webber and Todt is spent. Previously, you could have been a PR machine for your driver, telling everyone in F1 how brilliant they were and that you need to sign them. Now, you’re not even thinking about that until you’ve sourced the millions needed to even put them on the back of the grid in a high-end junior series. And because of the current superlicence system, most drivers are obliged to do F2 if they want a realistic shot at scoring the required superlicence points to be F1 eligible.

Even when Piastri was leading F2, Webber’s priority was finding the budget to keep him in a top seat there for 2022 and it meant there was little window of opportunity to sell the 20-year-old’s skills to other F1 teams.

For a while last year, it looked like Alfa Romeo, run by Sauber, would promote Theo Pourchaire to a race seat after eye-opening F2 wins in Monaco and at Monza as a rookie. The 18-year-old is a protege of Sauber but ultimately was beaten by Alpine junior Guanyu Zhou to the seat.

Pourchaire had only been in that position after F4 title success and F3 runner-up status as a rookie meant he rocketed up to F2. For anyone to repeat that trajectory, they need to be in a top team in F4, then realistically be picked up by an F1 team that will help them bypass Formula Regional by placing them straight into F3 – ideally at a top team. The same goes for progressing to F2 after just one season, regardless of results.

Nowadays, it’s not just Sauber following that pattern of investment. Ferrari and Red Bull do the same, while Alpine signs juniors only when they reach F3. Unless they debut in cars in Formula Regional, it means drivers require a minimum of two seasons of racing experience – therefore reducing the chances of the French-owned British team ever bringing a teenager into F1.

Sometimes being an F1 junior is all the promotion you need to bring additional investment into your career to finance being in junior series, although many teams will have their own logos all over your car anyway. But having a good management structure separate to that is key to making a splash when you move up the ranks.

ADD Management looks after Lando Norris and has been instrumental in the trajectory of his career and several other McLaren-linked drivers, and Infinity Sports took George Russell to the top as well as convincing Williams to sign its latest junior Logan Sargeant and calming the storm of Dan Ticktum’s junior career (he will make his Formula E debut next week). Each of these drivers has been kept ‘on the right road’ by having a strong group of supporting people around them.

As impressive as it may be to be self-managed or to just be a father-and-child combination like Verstappen was, not having that additional support can be seen as a red flag when a young driver attempts marketing themselves to F1.

Which bring us to the elephant in the room concerning the superlicence system and the whole junior single-seater pyramid in general: Money. Its influence is felt deeply, long before a young driver steps into the office of an F1 team.

To make a splash in F4, you need to test. And to match what your rivals do, you need to test a lot. Maybe 40 or so days per year. To do that, you need money, and not even F1 teams put that kind of cash into a junior driver whose prospects of still being under contract with them eight years later is going to be very low.

So to do private testing, you need to be rich. Being rich alone doesn’t make you F1 standard, but in the long-run you will have more room for improvement than someone without that budget ever would.

To get all the 40 minimum required points for your superlicence, the easiest way to accumulate them is to race in as many series as possible. Again, this means money, but it also means if you’re doing two or three championships a year from the day you start in cars, you’re going to be far less sensational a signing by the time you reach F1 than the likes of Raikkonen or Verstappen were.

The FIA now allows superlicence points to be earned from two non-clashing series in a calendar year, so you can do winter and summer series. The winter series give you a head-start on your main campaign if it’s in the same car, and also provide a benefit on securing a seat for that campaign.

If you land a seat at a top team for the Formula Regional Asian Championship which starts this weekend, then you basically get first dibs on the same seat for the Formula Regional European Championship. Vice versa, if you’ve already signed for FREC then there will probably be a place waiting for you in FRAC. And as those seats sell early, often the previous summer, those who get there earliest are the richest.

What’s more, you can then work with the same engineer and mechanic across the two series, and your preparations therefore greatly outweigh those of a driver without the budget to do both championships.

When moving up to F3, you can still do FRAC as a secondary series, and previously F2 drivers were allowed to as well. Nikita Mazepin and Zhou used it to facilitate their moves into F1. In F3, you’ll likely be doing 10 or more private test days in old GP3 cars too. This may actually be against FIA rules, but it goes unobserved because those tests are a key part of the market for selling seats in the F1 support paddock.

It’s a similar story even in F2, but the likes of the late Adrian Campos did at least regularly sign drivers that impressed him personally despite a lack of budget.

While the superlicence system was shaken up in 2015 to prevent drivers making an impact at such a young age to limit underprepared drivers from reaching F1, it has instead created a climate where now only those who are over-prepared with thousands of kilometres of additional running hold a realistic chance of a rapid progression up the ladder.

And then, if they do get into F1, it’s usually with a big wad of cash for them to hand over when they get there.