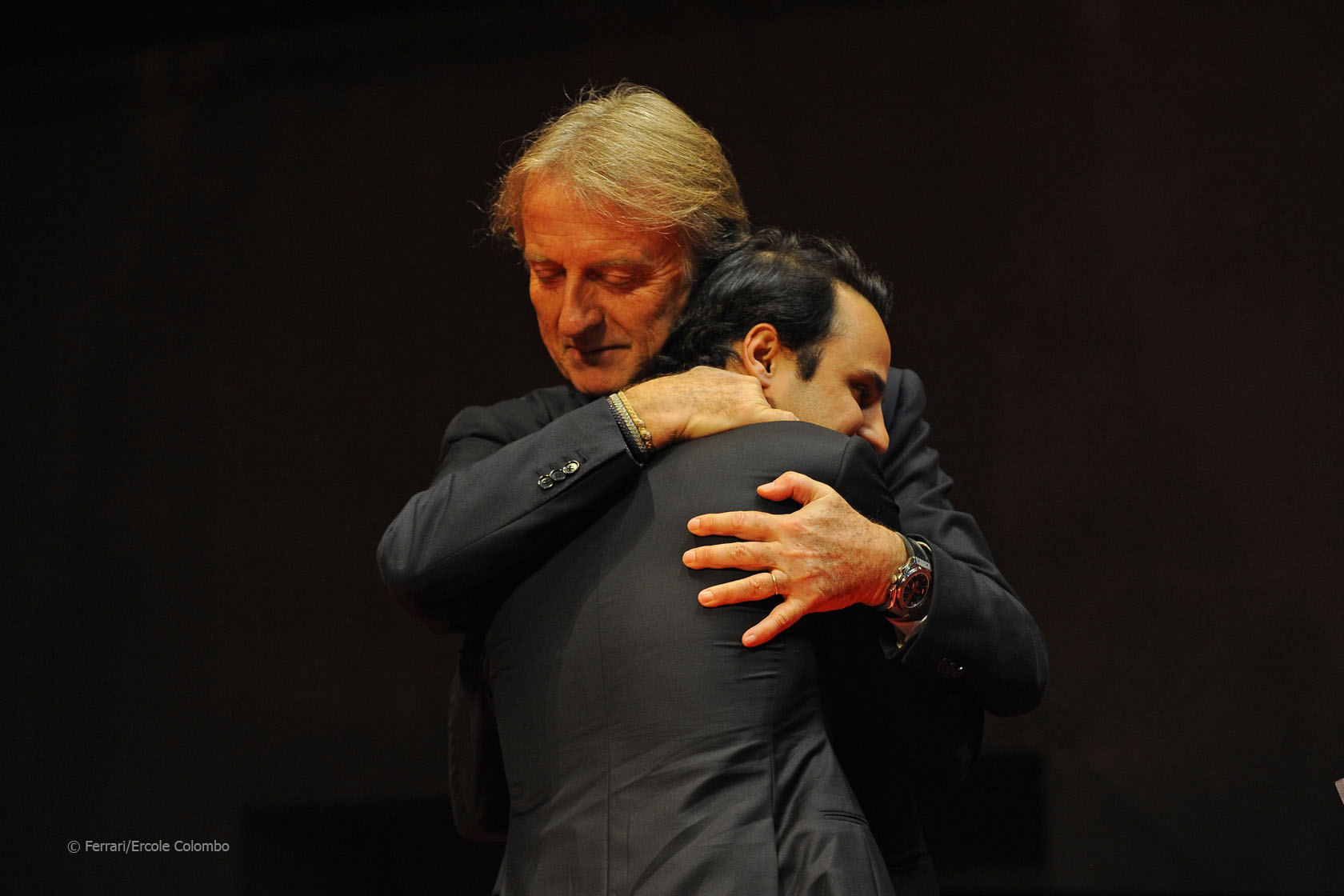 A heartfelt farewell to long-serving driver Felipe Massa was a focal point of Ferrari’s Finali Mondiali (world final) celebrations at the Mugello circuit this weekend.

“Felipe has been a true Ferrari man and he will always be part of our history,” said president Luca di Montezemolo.

“For all the grands prix he drove for us, for the wins, the pole positions and for those few seconds when he was world champion that day in Brazil, before that overtaking move that always seemed a bit strange to me,” he added, the latter seemingly in reference to the manner in which Lewis Hamilton passed Timo Glock, who was struggling on dry weather tyres on a wet track in the closing stages of the title-deciding 2008 Brazilian Grand Prix. “We spent some great times together,” Montezemolo continued, “while some others were more difficult, such as the accident in Budapest”. Massa was fortunate to escape with his life after his 2009 crash at the Hungaroring.

“These have been very busy years and today, I wanted to thank him publicly, having already done so privately, just the two of us. It?óÔéĽÔäós time for a change and also to find new motivation. I wish Felipe every success, starting with the last two races of this championship.

“As for the rest of his Formula One career, I wish him the very best, but naturally, behind a Ferrari and anyway, I am sure we will get many chances to meet up again, because life is long and he will always be part of our family.

“When one has a mutually agreed separation, in the best interests of both parties, it can be done calmly in a friendly and constructive manner, and that has been the case this time.”

Massa said his stay at the team, who he first raced for in 2006, had turned out to be “longer than I had ever dreamed of at the start”.

“When I began racing in go-karts as a kid, I had a red Ferrari suit and it?óÔéĽÔäós always been the team I supported. Even when [Ayrton] Senna was at McLaren and [Nelson] Piquet at Williams, I was cheering for Ferrari.

“We began our relationship in 2001 and I have raced for them for eight seasons, which is a very important part of my life.

“I have so many friends at Ferrari and I will miss them, as I will also miss the nice days I spent at the factory in Maranello. I am happy with the way my time with the Prancing Horse turned out.”

Massa has two final races with the team in America and at home in Brazil before being he is replaced by Kimi Raikkonen, who was his team mate from 2007 to 2009.

99 comments on “Ferrari bid farewell to Massa at Finali Mondiali”