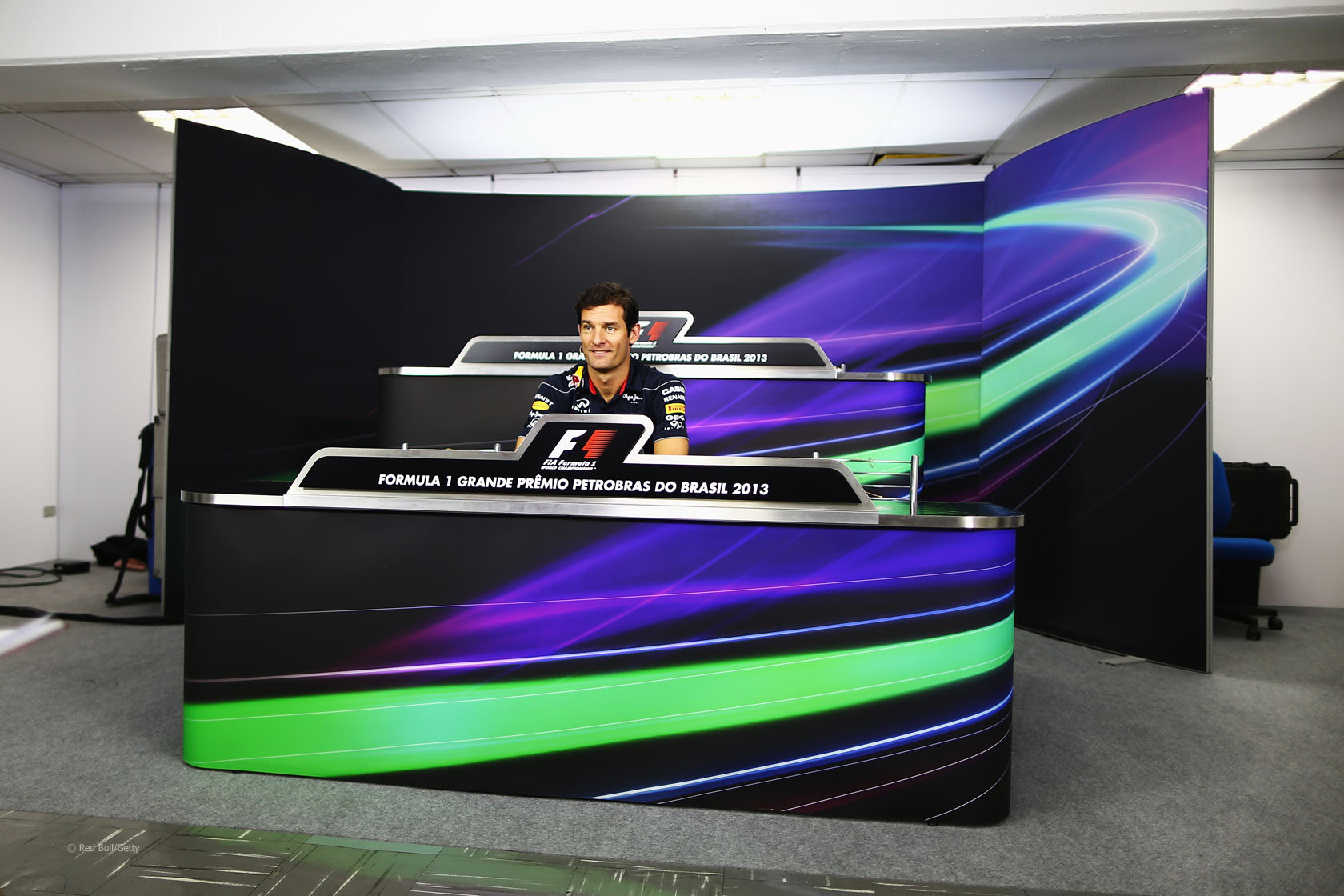 The last of our three Mark Webber Caption Competition specials brings us up to his last race weekend at Interlagos.

Webber has always been one of the most quotable drivers and in his final appearance at an FIA press conference it seemed he might be the only driver to quote as he arrived well before the others.

Post your funniest suggestion for a caption below and a pick of the best will appear in a future round-up.

And join in the other two Mark Webber Caption Competitions via the links below.