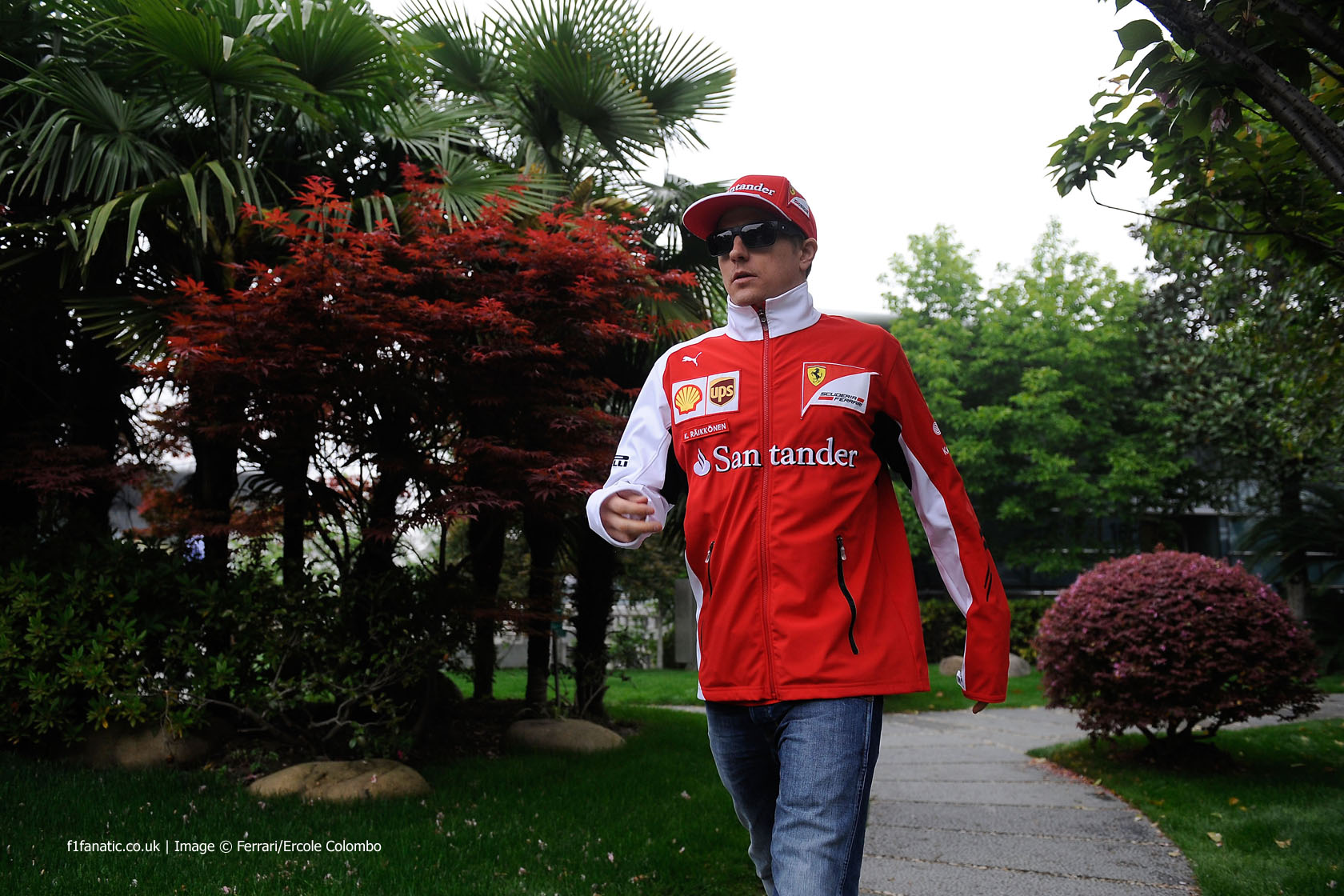 In the round-up: Three races into his Ferrari comeback, Kimi Raikkonen admits his surprise at seeing Stefano Domenicali leave the team.

‘Life goes on’ for Kimi despite changes (ESPN)

“Everybody was a bit surprised but obviously that was Stefano’s own decision as I understand. If he felt like that then fair enough and life goes on.”

Luca di Montezemolo: “I’ve decided to go for a young manager I strongly believe in, and on a person from the Ferrari family, thus avoiding me going around the world looking for some mercenary. Let’s look ahead. We all must roll up our sleeves in order to be competitive again.”

“The first person at being not satisfied at the moment is me. But don’t worry, I’m putting myself on the line: Mattiacci is the right choice, we’ll get back to winning ways very soon.”

“That one incident was the only example where I thought it was above the limits. All the other examples were really tough racing, but with the necessary respect.”

“It is completely normal for teams after races where a lot has happened that you sit down and discuss what has happened and we will do that – we are going to do that today.”

“Ten years ago everyone was fighting and touching each other, because there were no penalties. Now we need to adapt ourselves.”

“He (Gutierrez) said ‘I didn’t see you’ because – it’s difficult to say – because the image is not that clear depending on which perspective you see.”

“They’re not the benchmark either, any more. The team’s under a little bit of heat early in the championship. They’re a quality team and they’ll be back, under the leadership of Adrian Newey – particularly on the design front.”

“I don’t think some of them react well to being beaten by a woman. I had a team mate who would be in tears if I beat him in qualifying.”

“Unlike Renault, Mercedes have separated the hot side of the turbo (in red) from the cold side (in blue) and have the MGU-H mounted in the ‘V’ of the engine between the two parts of the turbo.”

“With a strong family connection to Lancia, a degree in Political Science and a long history of success in top-level rallying, [Cesare Fiorio] seemed well suited. Yet he fell out with Alain Prost and was kicked to the kerb after Monaco in 1991. It’s a demanding job that has chewed up and spat out many good people.”

Haven't had social media here in china but got on to some now. Preps been good ahead of the weekend. Could be a wet one too ☔️

What should be job number one for new Ferrari team principal Marco Mattiacci? Riccardo has a view:

I believe one of the first priorities for the new team principal will be to keep Alonso at the team.

I mean, McLaren may be a gamble, but as he’s nearing the end of his career he may want to change if another team looks a better shot at the title.
Riccardo (@Donuts)

We had a couple of technical glitches on the site yesterday owing to some essential updates which had to be applied at short notice. As a result comment were not functioning at the time yesterday’s round-up was published and later in the afternoon there were some problems with the layout. These have been fixed now, thanks for your patience and apologies for the inconvenience.