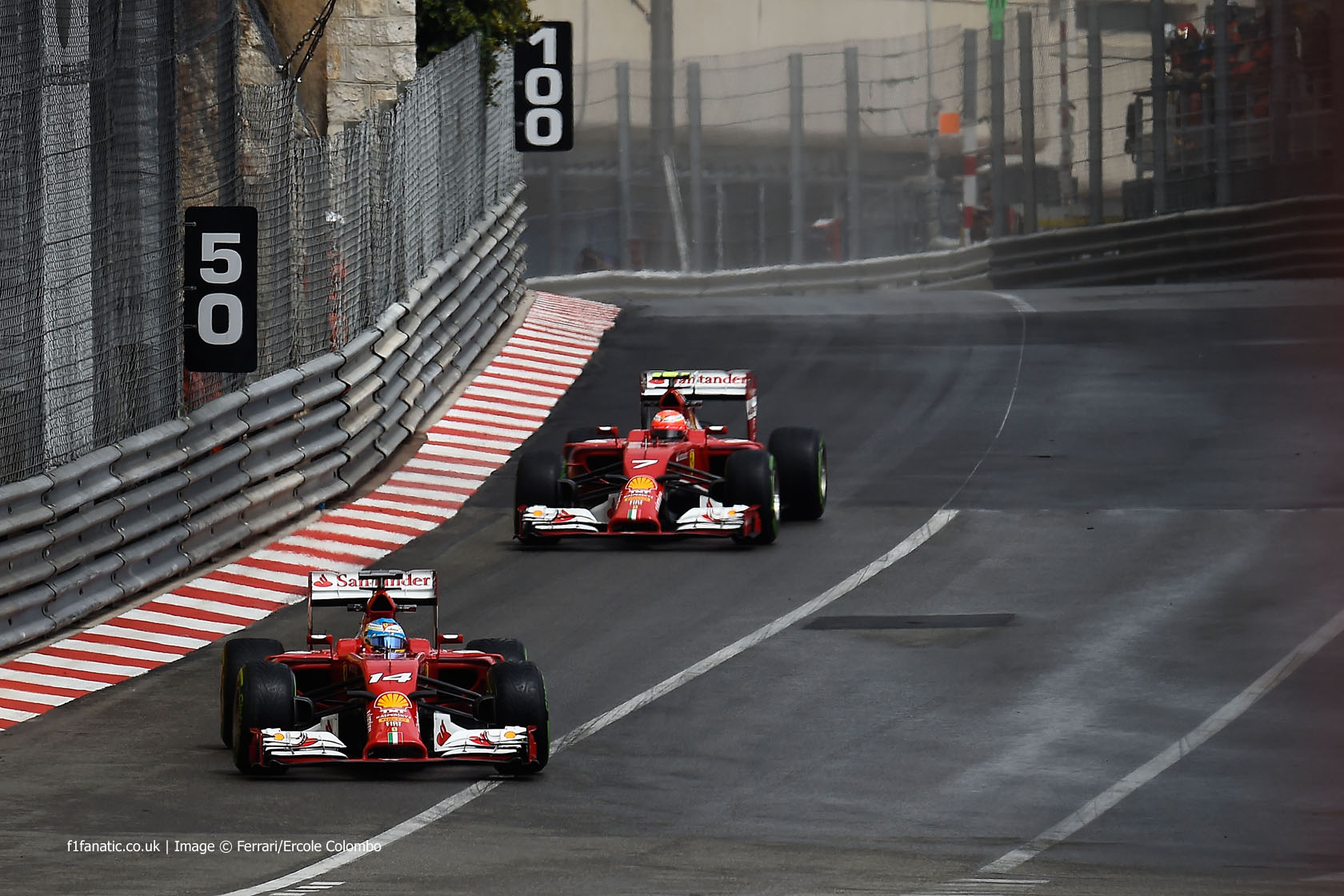 In the round-up: Ferrari technical director James Allison says Kimi Raikkonen is not on Fernando Alonso’s pace yet.

Raikkonen is just too slow, say his Ferrari team (The Telegraph)

Allison: “He’s just going a little slower than Fernando at the moment, but that gap is closing as the year progresses.”

“Some of [the upgrades] worked fine, some of them didn’t work, so we’ll just try to make the most of the new parts in Canada, try to have a good Friday and move a little bit closer to the podium.”

Gene Haas: “The plan is absolutely to launch in 2016 and we are fully committed to that. I don’t think there is any doubt about that whatsoever.”

One of the Red Bull teams are believed to have performed a test on a rolling road ahead of the Australian Grand Prix.

“Asked ahead of this weekend’s Canadian Grand Prix if he was already planning for an era of Mercedes domination, [executive director Toto] Wolff said: ‘Yes, definitely. That has to be the target and you can influence it if you do the job right.'”

Former Mercedes tester Sam Bird: “I think that they have such a buffer at the moment that they are not showing their full potential. If it comes to it and people do start to get slightly closer, then you will see that they can comfortably find some more speed if they need to.”

Hey @AussieGrit and @BrendonHartley you boys need another set of hands at Le Mans? pic.twitter.com/YlK1IeyGZU

A question from @Osvaldas31:

I wonder, with oversteery cars this year, how many of them will kiss the Wall of Champions?

Boy, it should be a good racing weekend.
@Osvaldas31

91 comments on “Raikkonen ‘slower than Alonso at the moment’”