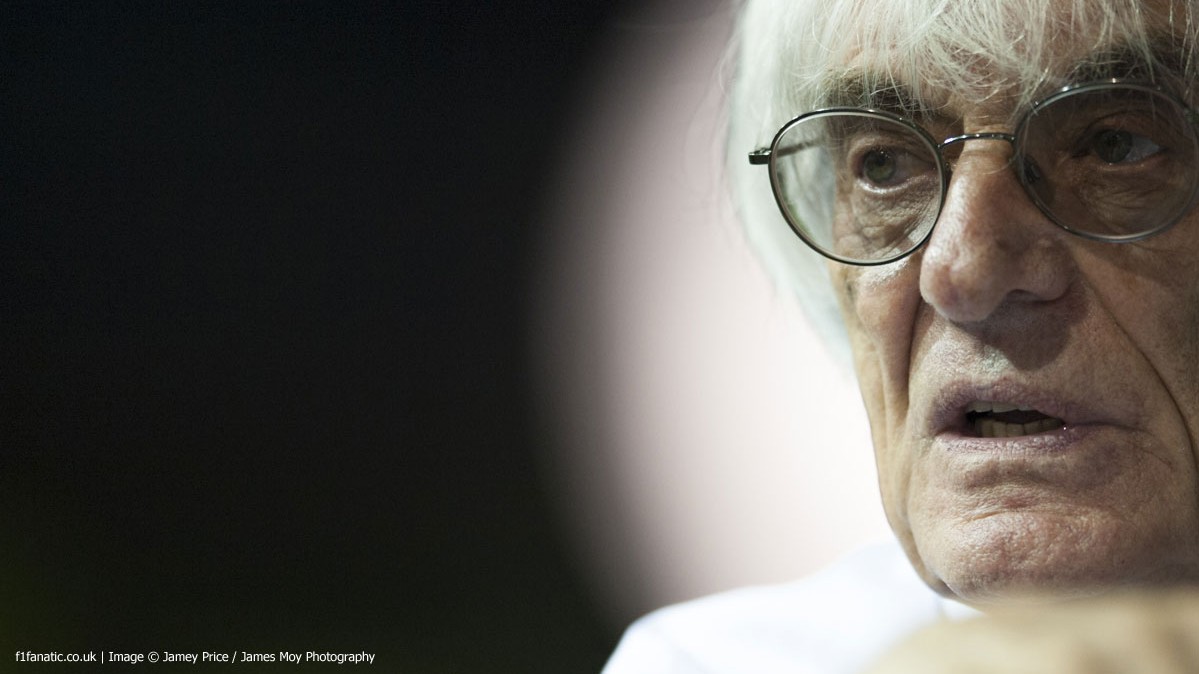 In the round-up: Witnesses at Bernie Ecclestone’s bribery have been told not to attend next week as the case may be settled.

“‘It is possible that there will be a settlement,’ a spokeswoman for the district court told Reuters, adding the court had told witnesses due to appear in the trial next week that they need not come.”

Finish line in sight for Ecclestone bribery case (The Telegraph)

“Prosecutors may withdraw charges during certain criminal trials in Germany if all parties agree on an appropriate settlement, although the criteria are very strict. Ecclestone could be allowed to avoid further trial ‘in return for payment of an agreed sum of money to a charitable institution or the treasury’.”

Horner: Kvyat has been sensational (Autosport)

“He has been sensational and has been the rookie of the season so far.”

“I think they’re in a situation where they’ve done very well and let the guys race openly this year, so it would then seem strange when they are racing each other again to say let one run his fastest strategy.”

“I’m very, very light at the moment, but the car is a little lighter since the removal of the FRIC system so I can now put on a bit of weight – muscle, of course, not fat! It won’t just be all gym and no beach, though. I’m sure I’ll do a bit of both. I need to recharge my batteries so I won’t be going crazy with the exercise, but I feel like a stick at the moment and it’ll be nice to bulk up a bit. Next year the weight limit will be going up by ten kilos too, so I’m thinking I can afford to put on a few pounds!”

“Montezemolo and Mattiacci wanted to meet with the technicians, engineers, drivers and other team members to reinforce the message relating to the cornerstones on which the Scuderia’s resurgence is to be based. They are greater efficiency and speed in the time taken to react and in making decisions, a bolder approach to risk taking, the need for people to take responsibility for their own actions and a greater sharing of information between the various production departments.”

“What colour was your first helmet?
KM: It was in my dad’s colours – black and yellow – because I used his old helmet.”

Daniel Ricciardo’s been the revelation of Formula One season so far (The Times, subscription required)

“In a knee-jerk reaction to the low turnout at the German Grand Prix, there was a call for reform. The mission: to find out what the fans want and how to spice up the show. The answer? Put a bunch of old men in a room for a chat. Heavens to Betsy, there was even the suggestion – now, thankfully, dismissed – that Flavio Briatore should be brought back to head up a task force.”

“If Disney were to take over F1 it would be no bad thing on a number of levels. It would bring marketing expertise and would give F1 a higher profile in the United States where the series has been trying to gain ground against local rival NASCAR.”

“Red Bull is using the fibre-optic data network to try to give its racing cars an advantage. During a race, 100 telemetry sensors in the car relay metrics like speed, pressure and air flow in seven to 10 milliseconds from the Silverstone circuit to data analysts at both its Milton-Keynes factory and wind tunnel in Bedford, both in southern England, as well as engine manufacturer, Renault SA, in Viry, eastern France, some 400 kilometres away.”

F1 2014 and Beyond… Your Questions Answered (Codemasters)

“Last year we featured classic content as the sport itself hadn’t changed a great deal and we wanted to offer a different experience alongside the main 2013 content. However, seeing as 2014 has seen masses of changes to the sport itself, which is providing a different F1 experience for this year’s game and the fact that we are also working on a new generation F1 game, we’ve had to take a break from classic content this year. Don’t despair though, classic content is something we’re still very interested in and will explore again later in the series.”

We're all about the racing – but our drivers can't help but love the extra activities that come with being F1 stars! https://t.co/eoAVuArVt4

All the team radio messages from the Hungarian Grand Prix: http://t.co/6Z5aTAST9B #F1 pic.twitter.com/umkOyEYFD2

It isn’t just the drivers’ response to team orders which can vary, as Antifia points out:

Never a fan of team orders, I’m happy it was not followed in the last grand prix (so I won’t be raging if Rosberg returns the favour).

And then there is David Coulthard… so team orders have to be given by the team principal, never the driver’s engineer? Since when? Most of the calls above were initiated by the engineers (team principals only getting involved after the driver becomes recalcitrant). Not with Lewis though.
Antifia

John Surtees claimed the first victory of his championship season on this day 50 years ago on the Nurburgring Nordschleife.

However Graham Hill, who finished second, continued to lead the championship with 32 points to Jim Clark’s 30, with Surtees further back on 19 but poised to mount a surprise bid for the title over the final rounds.