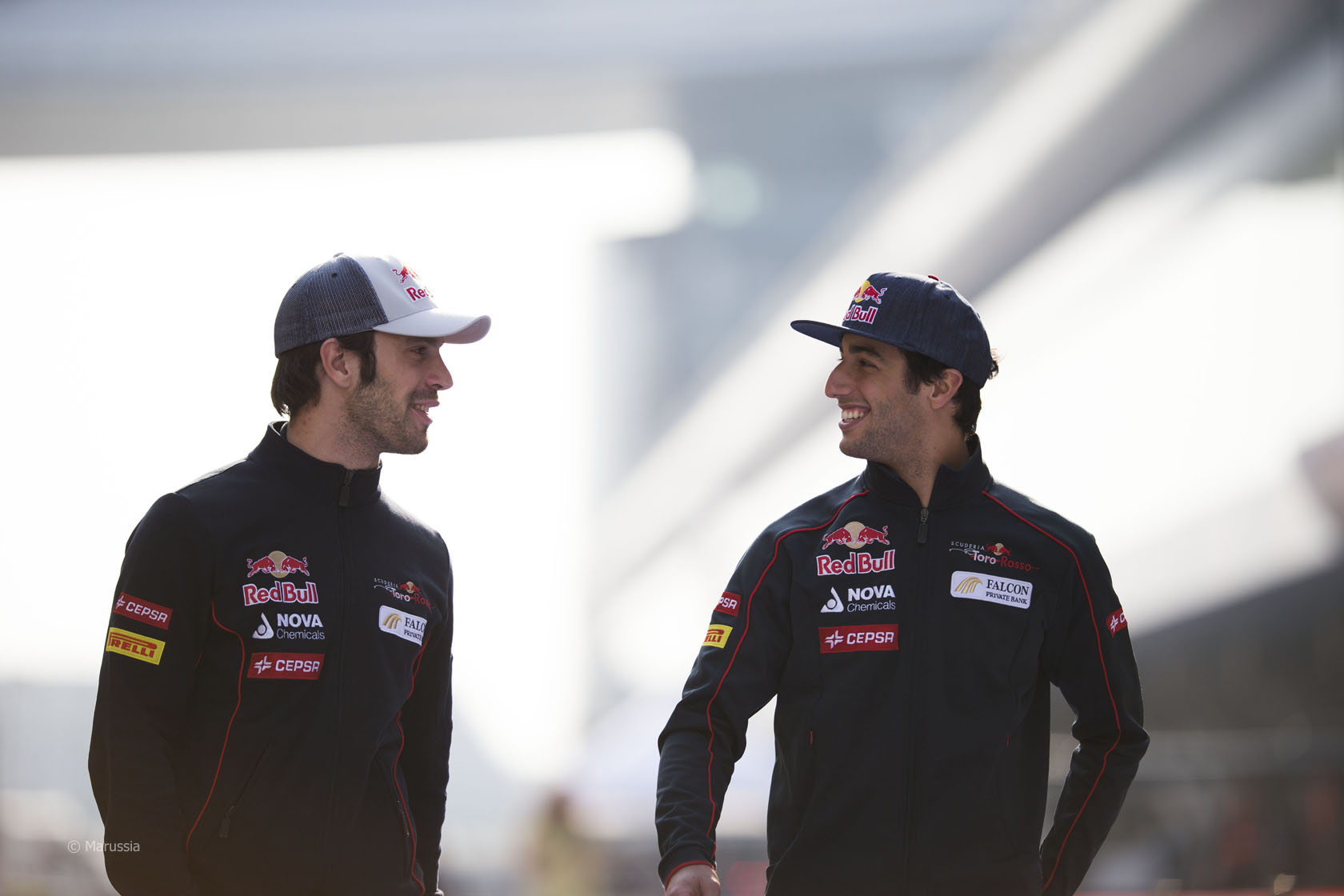 In the round-up: Jean-Eric Vergne, who was passed over for a seat at Red Bull this year for Daniel Ricciardo, says he could achieve what his former Toro Rosso team mate has.

Vergne: I could match Ricciardo (ESPN)

“When you look at my results compared to Daniel all of our career, I have the potential to be what he is.”

“Wolff says that teams are aware of the difficulties race promoters have, which is why they have mentioned the issue to Ecclestone, as well as making it clear that F1 cannot turn its back on traditional venues.”

“The FIA has confirmed that the restrictions ‘apply at all times the car is out of its garage during the event,’ which means all practice and qualifying sessions are included.”

“From the race in Japan next month, teams will also not be allowed to warn drivers about brake wear or temperatures, or tyre pressures or temperatures.” Williams not satisfied yet Williams (Sky)

“It’s relatively easy to turn around a team that’s in ninth and take it up to fourth, but when you want to start challenging for a championship it’s a whole different piece of work.”

“Peter, who previously worked for McLaren between 1991 and 2006, joins the team after a very successful stint at Red Bull Racing, and is a key appointment for the McLaren team as it pushes ahead with the specification and development of next year’s MP4-30 Formula One challenger.”

360-degree views of the track which will hold the Russian Grand Prix next month.

We've arrived at the hotel, as expected it's a tad warm! #SingaporeGP pic.twitter.com/MdBhQNhu8n

According to this, GA and 1 grandstand at Sochi are sold-out! (how!?) Cheapest ticket now is 223 Euros / 178 Pounds. pic.twitter.com/j9h8anKRJz

Regarding Williams needing permission from Mercedes to use 'overtake', Bottas used it against Hamilton in Germany: http://t.co/tzYvBQunU8

Readers seem to be split between those who think the restrictions on radio messages will make races more challenging for the drivers and those who will miss the insight offered by unrestricted radio communications.

I want more pit radio not less. It adds to the concept of F1 being a team sport and shines a light on the great work the rest of the team are doing. Knowing the context of what’s going on behind the scenes makes a lot of situations, that would otherwise be boring, quite interesting. To know that a driver is going to “attack at the end” adds suspense to the mix.

So while I agree that messages concerning the actual driving (braking points, lines etc…) should go, I believe the chatter about settings, strategy and the condition of a cars systems would be missed. If they want the show, why ban this?
Benjamin Hoffmann (@Bcrh)

Five years ago today Renault announced they would not contest the FIA’s charge they had caused a deliberate crash in order to help Fernando Alonso win the 2008 Singapore Grand Prix, and that managing director Flavio Briatore and director of engineering Pat Symonds had stepped down from the team.

84 comments on “‘I have potential to match Ricciardo’ – Vergne”