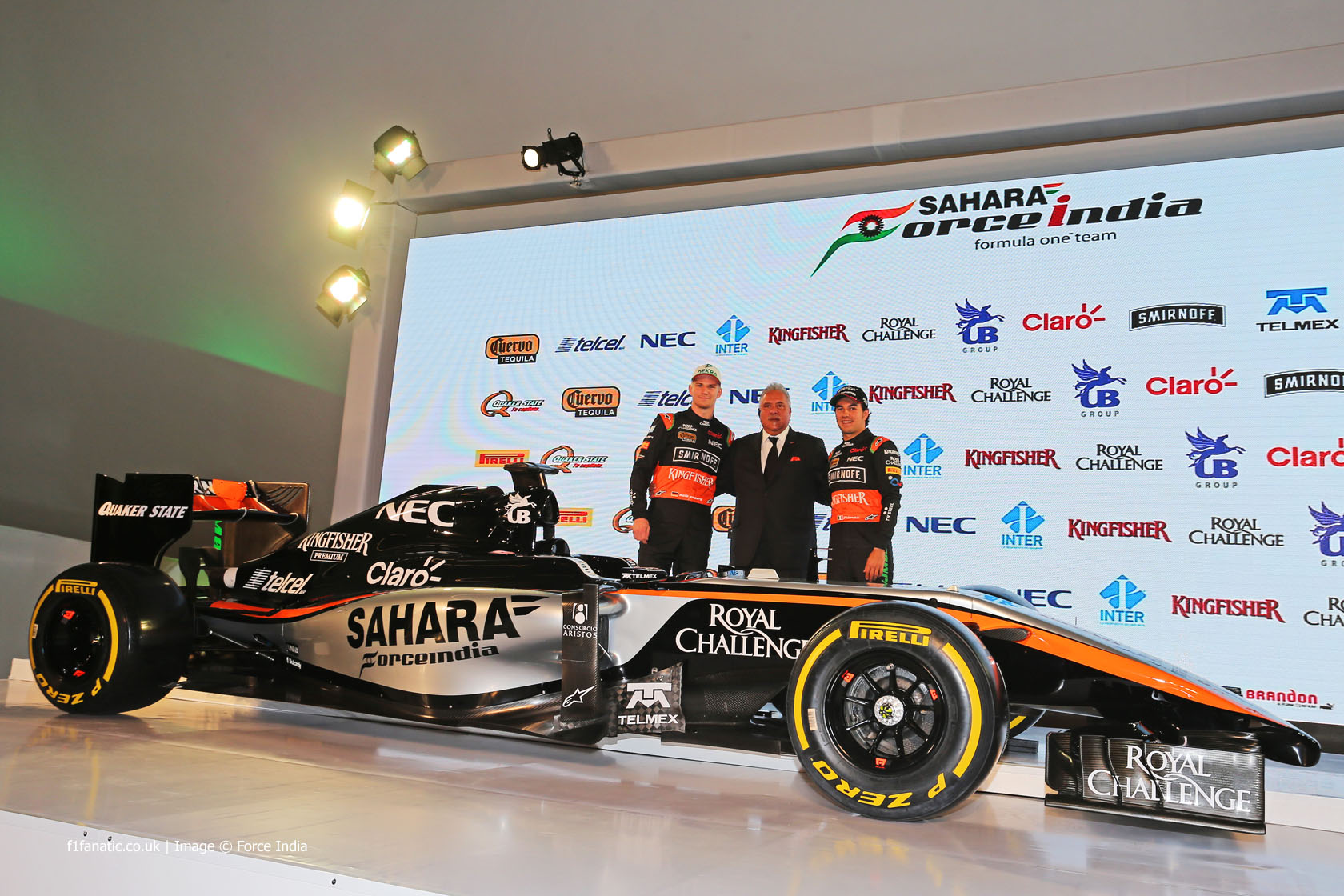 Force India has revealed the livery it will use for the 2015 F1 season.

The livery was displayed on a show car as the team’s new design will not appear until February. However the display car sported a nose design which was not seen on Force India’s 2014 car.

The team enjoys greater backing from Mexican companies in 2015 ahead of the return of Mexico’s round of the world championship in November. Alcohol brand Jose Cuervo has joined the team from Sauber alongside Claro and Telcel which are both part of the AMerica Movil telecommunications group.