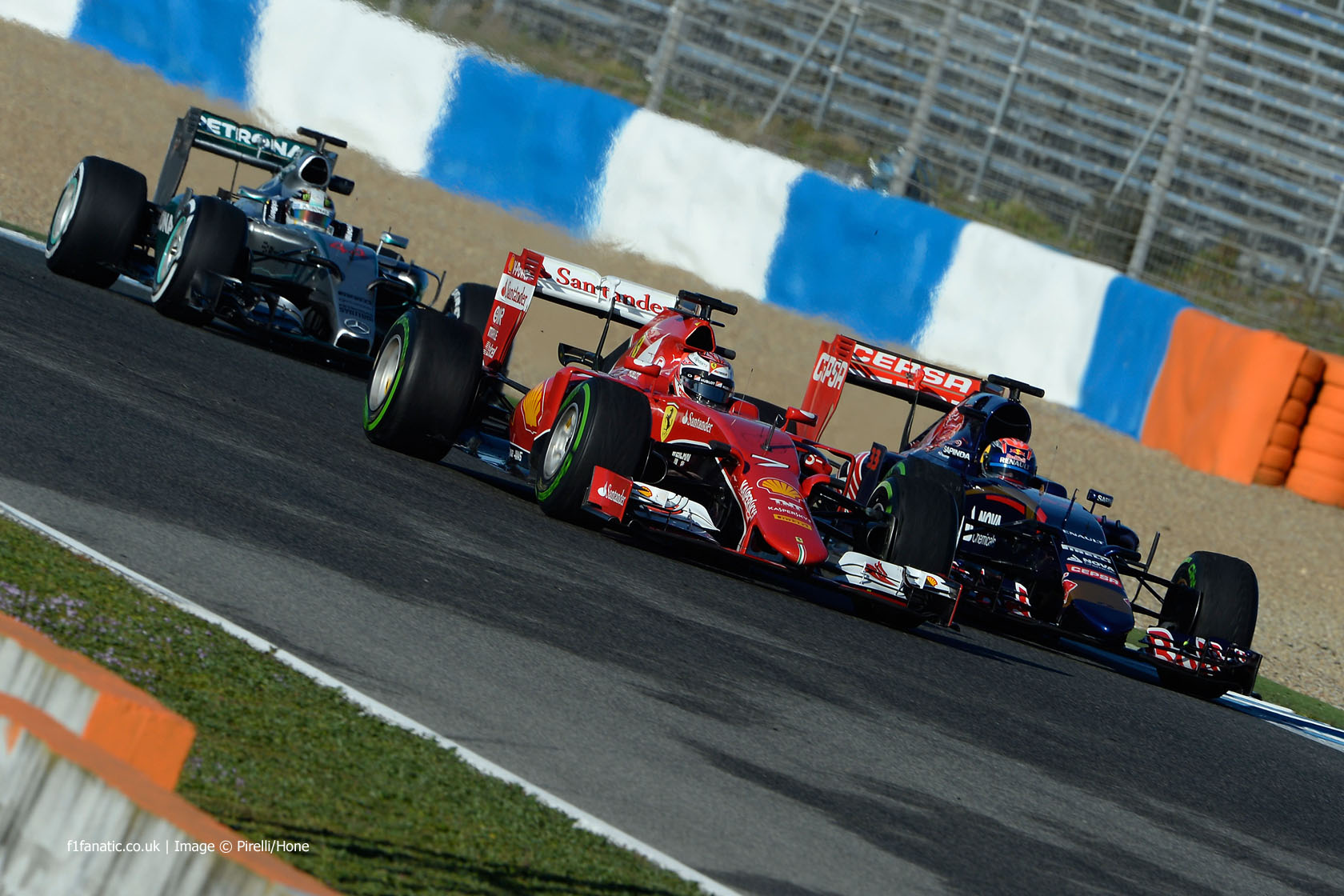 In the round-up: Ferrari, who have previously argued in favour of three-car teams, now believe it would be better for F1 to have more two-car competitors.

Thanks everyone for visiting the site, leaving comments, making forum posts, suggesting areas for improvement, participating in quizzes and especially those who have contributed their support to the site, which is essential as it has grown so much recently.

By making a regular contribution of just £1 per month/£12 per year to F1 Fanatic you can help ensure the site continues to grow and develop – and get an ad-free account. See below to sign up or find out more:

"Our goal is to attract other constructors, other teams and to have a grid which is going to be competitive and with as many teams as we can."

"In documents lodged yesterday, Mr van der Garde claims he was guaranteed a spot on this year's Sauber team on June 28, 2014, but team bosses reneged on the deal just months ago."

"Asked who he was, what his job was, and what he hoped to do with his life, Alonso reportedly replied: 'I'm Fernando, I drive go karts and I want to be a Formula One driver.'"

"One highly-experienced engineer said: 'Nothing I can see in the GPS data makes me think it was anything other than him going too fast and losing control.'"

"For us (high tyre wear) is exactly the opposite of what we want to show. It would be counterproductive. So no way were we willing to do that."

"Getting the championship included would be of biggest use to Mercedes, whose F1 reserve Pascal Werhlein would currently not qualify for a superlicence in 2016 under the current criteria irrespective of what he achieves in DTM this year."

"It depends how strong and dominant Mercedes will start into the season. It is expected that they will be very strong. But for the pack behind them it will be very tense."

"Honda, however, have chosen to follow a different approach to all three manufacturers, positioning the MGU-H between the compressor and turbo at the rear of the engine, and the MGU-K at the front."

Our big news of today is that we have now passed the FIA crash tests. Well done team! That's it – we're all set for Melbourne! #F1

Amazing to see @WillStevens_ in the cockpit today for his seat fit. Lovely touch on his new helmet #ForzaJules pic.twitter.com/R7ZJTnUHXr

Thanks to everyone for your very kind F1 Fanatic tenth birthday wishes – far too many to mention you all by name! It means an awful lot. At least one reader has very high hopes for Max Verstappen:

I think we are lucky enough to see the arrival of one of the future greats of F1 this year. I think Verstappen will outshine both Vettel, Hamilton and Alonso in the years to come. I haven’t seen such talent since a rainy day in Monaco many decades ago. I hope Ferrari has the sense to replace Raikkonen with Verstappen when Raikkonen hangs up his racing boots.
Kimiwillbeback

Giancarlo Fisichella scored a surprise victory in the first round of the 2005 championship ten years ago today.

He had taken pole position in a wet/dry qualifying session and was followed home by Rubens Barrichello, who started 11th, and Fernando Alonso, who lined up 13th.

This was also the first grand prix after F1 Fanatic was founded. Here’s the report: