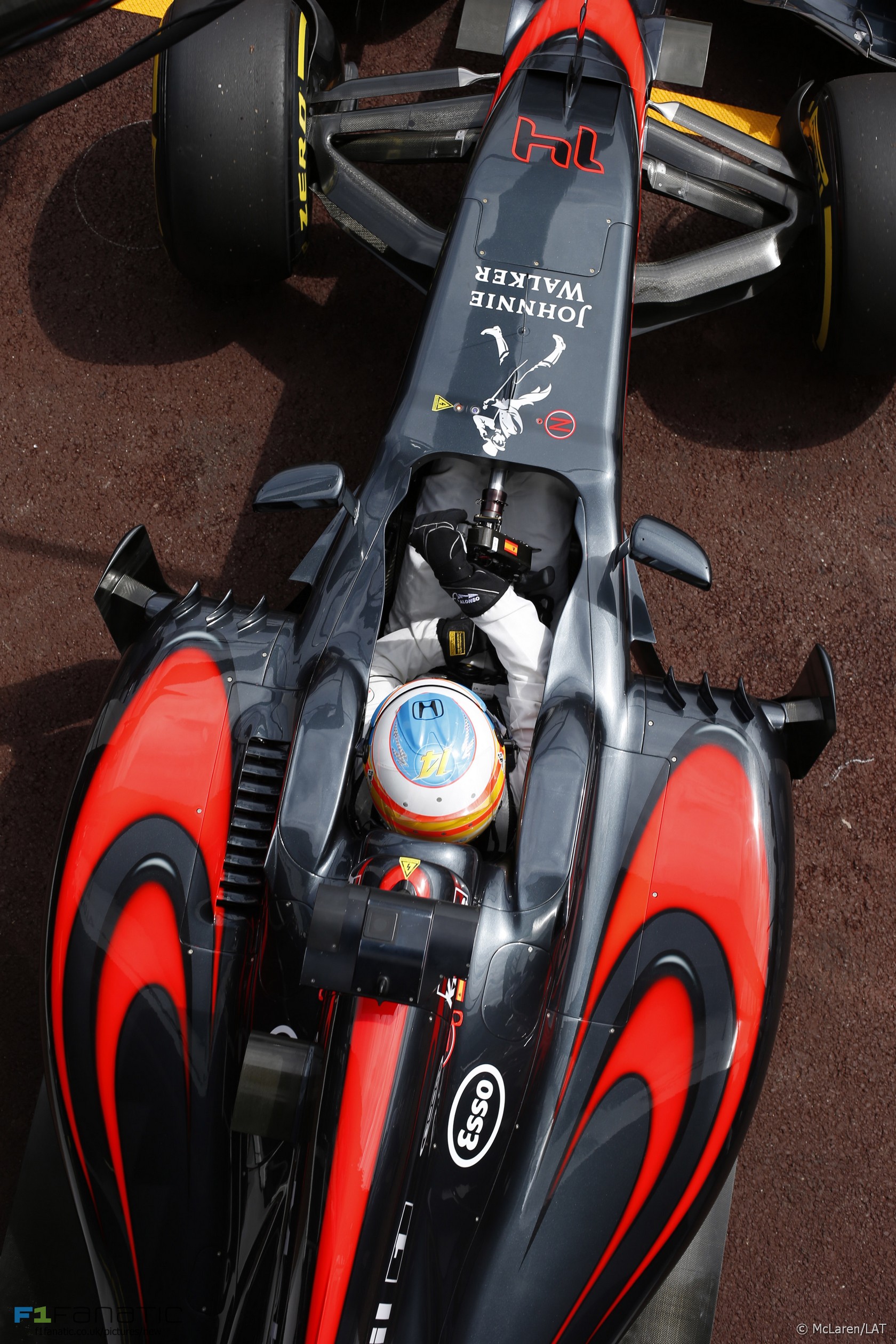 “We got very little running on the super soft,” said Alonso after today’s practice, “but hopefully we can take advantage of that on Saturday, when everyone will get limited running on the softer tyre. That should help level the playing field.”

However the disruption caused by the rain meant McLaren were unable to complete their planned evaluation of changes Honda has made to its power unit to improve its power delivery.

When it comes to the race, Alonso expects the standard Monaco convention will apply. “If it’s dry on Sunday, it’s going to be a one-stop race, for sure,” he said.

The rain interruption was a disappointment for fans at the track as it meant much of the second practice session passed with no cars on track. “There was no reason to do more laps,” was Sebastian Vettel’s assessment, “we don’t have unlimited tyres and if the rain comes again we need them, even if the forecast looks dry.”

Teams did not expect the rain to arrive as quickly as it did, meaning none of the drivers had a chance to run Pirelli’s revised super-soft tyre. On a greasy track in cool conditions several of them found it hard to get the soft tyre up to temperature, but with no track running for more than 24 hours now that picture may change drastically.

Max Verstappen produced one of the stand-out performances during practice by lapping within two-tenths of a second of Lewis Hamilton in the first session. Verstappen is the only driver in the race with no prior real-world experience of the circuit – he did his first ever laps of the track during the morning session – yet he said he “felt really good in the car immediately”.

Toro Rosso look in good shape at the track as Carlos Sainz Jnr was also on the pace, and was the quicker of the pair during the brief period of dry running in the second session.

Although Ferrari look to be closer to Mercedes than they were in Spain, expect another all-silver battle for pole position. Nico Rosberg’s slip-up at the revised Tabac corner appeared to have handed the initiative to his team mate for now. But the lengthy delay before track action resumes means he has plenty of time to recoup.