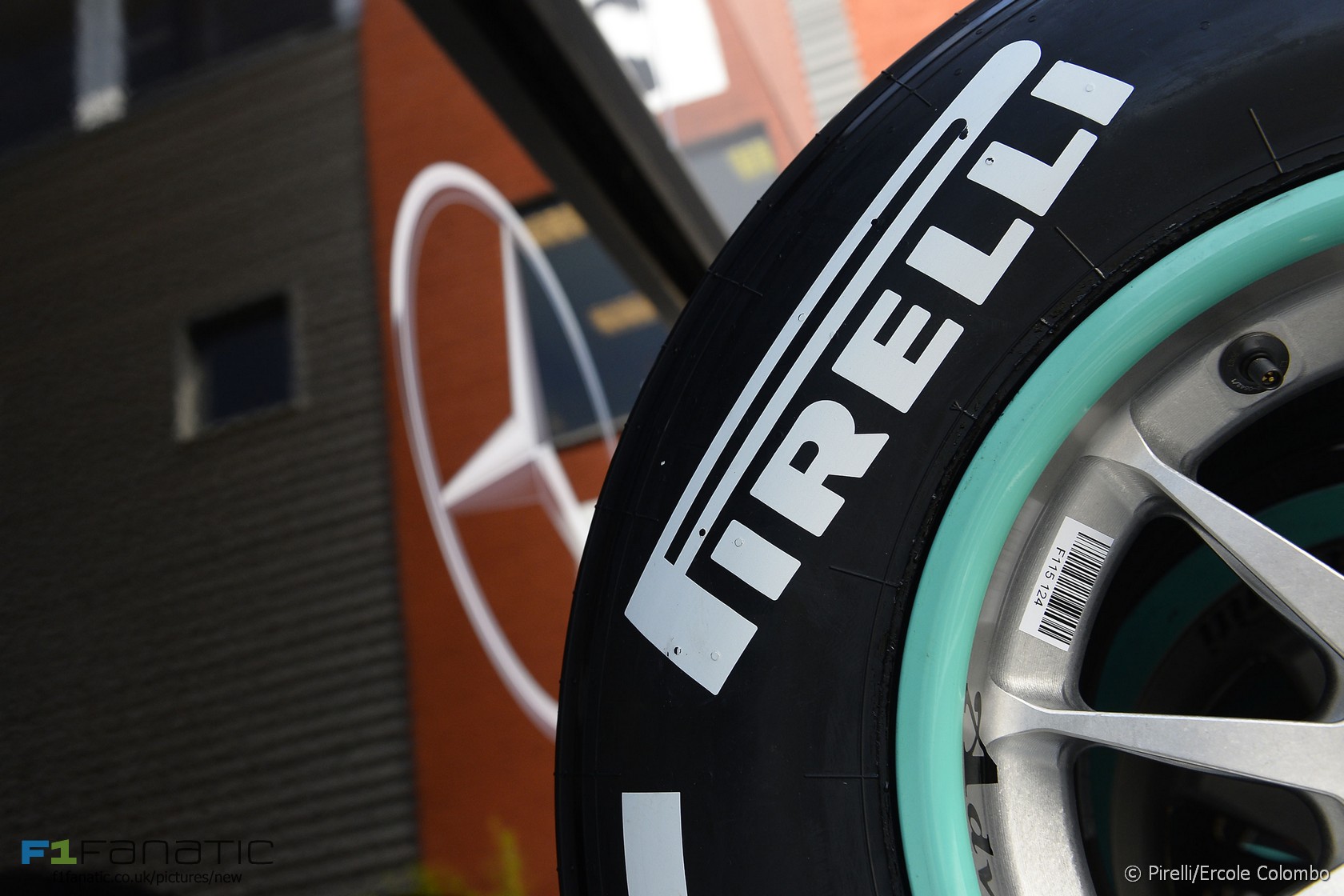 In the wake of Sebastian Vettel’s tyre blow-out during the Belgian Grand Prix, Formula One’s official tyre supplier Pirelli pointed out how, in their view, the failures could have been prevented.

“In November 2013, Pirelli requested that there should be rules to govern the maximum number of laps that can be driven on the same set of tyres, among other parameters to do with correct tyre usage,” they announced after Vettel blasted them over the blow-out. “This request was not accepted.”

Amid uncertainty over whether the tyre failures seen at Spa will recur at Monza next weekend, should F1 adopt this rule? And if so, should it be a long-term change or just a one-off as a precaution?

There is a clear safety need to impose the rule, as Vettel’s tyre failed without warning at one of the quickest parts of the circuit. It could have caused a very serious crash not only involving Vettel, but also Romain Grosjean, who was following closely at the time.

Such failures are not new to Formula One. There was a spate of them in 2013, notably at the British Grand Prix, but also at the South Korean round where Sergio Perez suffered a major tyre failure.

None of these is subjected to an upper limit on use for safety reasons, even though a wing, suspension or brake failure could all cause serious accidents. So why should tyres be any different?

Pirelli contend that Vettel’s tyre failure occurred due to wear and have not cited other factors such as debris or damage owing to running outside the track limits. However as Vettel had experience little to no apparent performance drop-off due to wear, data from his car during the race led the team to believe his tyres would last until the end, and Pirelli had indicated the wear life of his medium tyres was around 40 laps compared to the 27 he covered before the failure, how were Vettel or Ferrari to know the tyre was about to fail?

Clearly, sudden tyre failures of this type should not happen. But they have happened, and as F1 will use the same tyre compounds this weekend at Monza, this potentially presents a problem. Speeds are even higher at Monza, not just on its long straights but also in the very fast Curva Grande and Parabolica corners. The high-speed nature of the track also gives strategists a strong incentive to keep pit stops to a minimum – a single stop has been the way to go at this track in recent races.

As a one-off measure on safety grounds, then, it’s hard to make a case against imposing a limit on tyre stint length this weekend. The principle that it’s up to the drivers and teams to understand how well their tyres will perform is trumped by the pragmatic need to ensure driver safety when, as seems to be the case, the tyres are not lasting as long as they should.

That’s the short-term answer. Beyond that, F1 must ask whether it’s acceptable for its tyres to perform this way. After what happened at Spa, Vettel and Rosberg were unequivocal on that point.

Should drivers be limited to a maximum number of laps per tyre set? Cast your vote below and have your say in the comments.

Should drivers be limited to a maximum number of laps per tyre set?