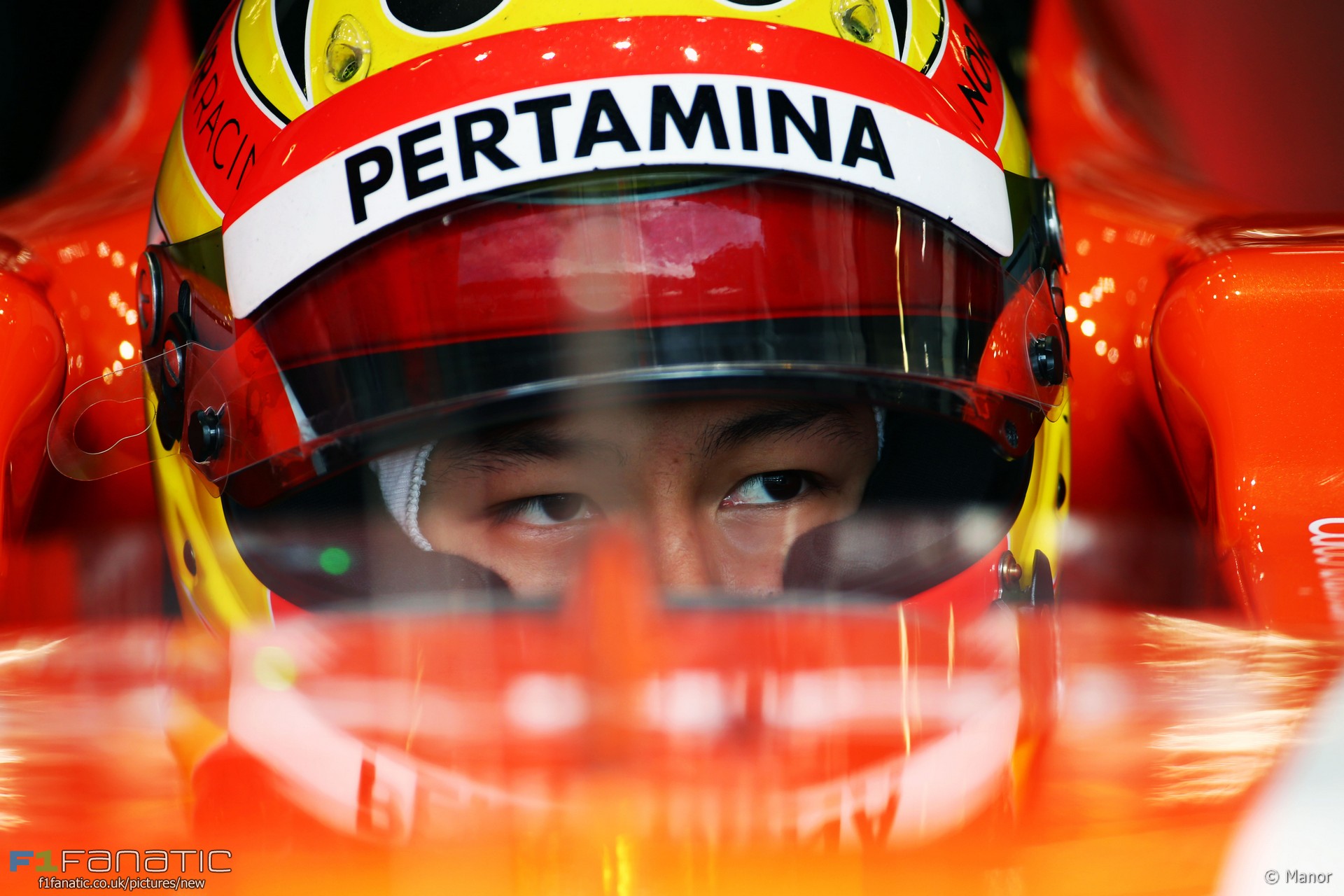 In the round-up: Rio Haryanto, whose place at Manor was in doubt beyond the summer break, now appears to have secured his place at the team until the end of the year.

"There are just a few things that need finalising, but it is now looking good for Rio to continue with Manor for the rest of the season."

Rosberg did not deserve a penalty - Massa (Motorsport)

"He already paid for the what he did. He finished fourth. He was penalised but he didn't lose anything, so the penalty, I think the FIA wanted to show they are doing something, but he didn't do anything to be penalised."

Rosberg moves on but no apology for collision (Reuters)

"'It is not a question of apologising,' he added, when asked whether he would be doing so."

"We've had a warning, and this is the final warning."

"Carl Haas’ incredible journey came to a peaceful end on June 29, 2016, at his home that he loved, surrounded by family."

"Haas won 16 championships and more than 140 races in 44 years as an owner, fielding teams in Can-Am, Formula 1, NASCAR and IndyCar, where he became the dominant force in the final years of the now-defunct Champ Car series."

"Slow speed corners is a strong point for us at most tracks, but in high speed we're lacking a bit. Top speed, talking about power, I think we've made massive improvements which you can see but we also know, especially qualifying, Mercedes are able to turn it up."

Kimi Raikkonen: I wouldn't waste time on F1 if I wasn't motivated (ESPN)

"I think it feels much better, it feels much more normal. Everything is more logical, more racing team, with all the facilities working 100 per cent with more people in the factory in Sakura."

"We need to start doing better Saturdays, because the pace in the race is there."

"You never like to say never but I think I have been to my last Grand Prix."

"I suspect that deep down in his heart he may realise that Hamilton is actually a bit better than he is, in my opinion."

Here's the power unit situation as they arrive at Silverstone. #F1 #BritishGP pic.twitter.com/UA6i1IbmWx

The big question after Austria is where exactly have Mercedes drawn the line between their two drivers?

Rosberg openly said it was his corner so he could push Hamilton off if he wanted to. Is that how Mercedes view it? Is it OK in their view for Rosberg to deliberately push his team mate off the track?

Mercedes can do whatever they want here but if I ran a team and one of the drivers admitted he tried to push the other off track, I would be extremely angry and would point out that if you want to drive one of my cars, you don’t drive like that against a team mate.

I’m not picking on Rosberg – both should be told this is unacceptable.
@Petebaldwin

Following criticism of its position on tobacco, Ferrari dropped ‘Marlboro’ from its official team name five years ago today. It continues to be the only F1 team with a tobacco sponsor.

57 comments on “Haryanto to complete season with Manor”