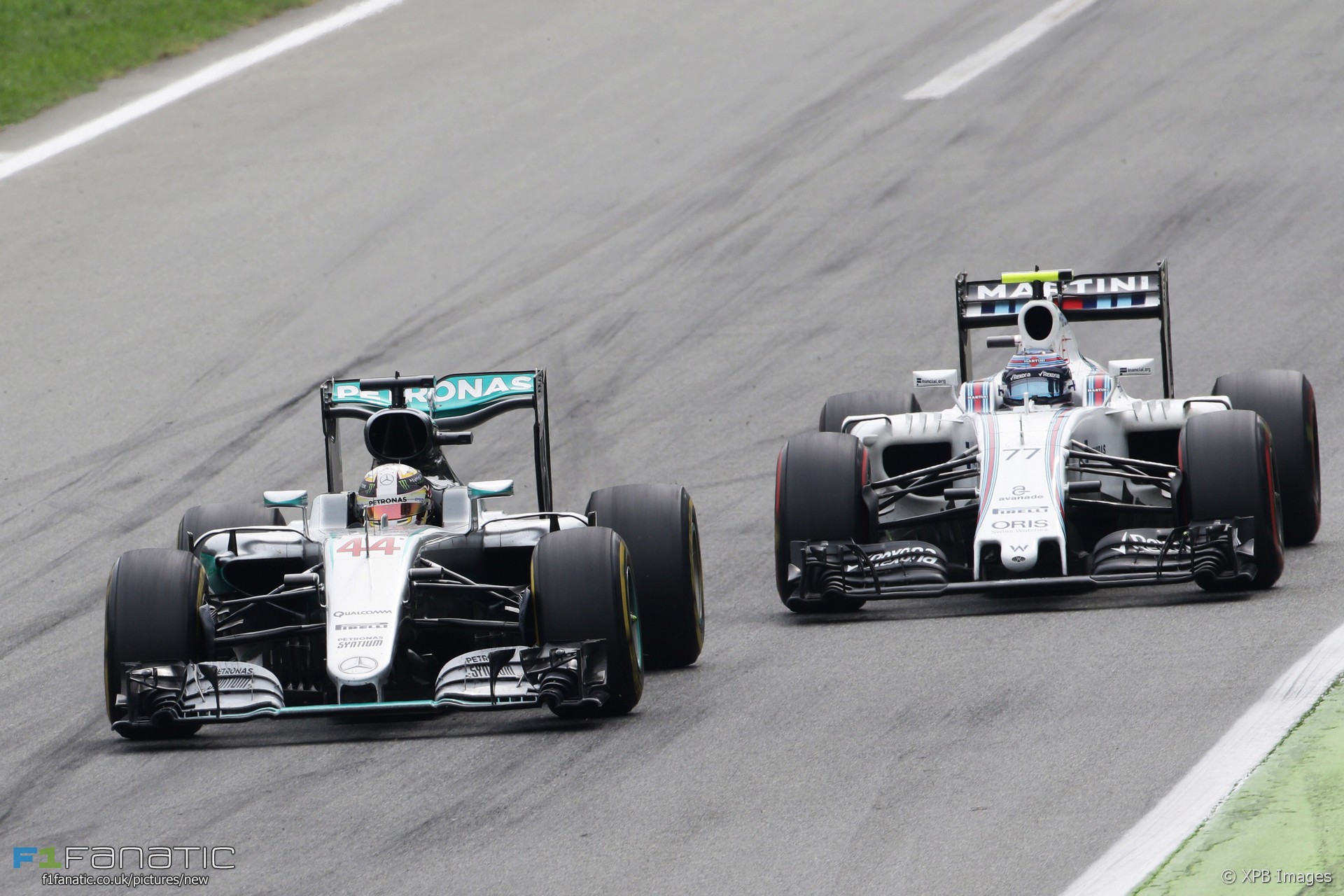 "We had a (talk) with Lewis before Christmas... and he said he thought Valtteri was a nice guy, one of the guys he actually got along with well in Formula One and that he felt he was a good option."

"Pirelli's wet weather tyres came under heavy criticism from drivers after last year's Brazilian Grand Prix, with the rubber's performance having been judged as insufficient."

"Sources suggest that the change coming for 2017 could hark back to the famous orange livery that the team ran in Can-Am and in F1 from 1968 to 1971."

"We are going to make a decision after Barcelona test. We are ready to use either-or for the race season, so we are prepared to have options -- that was always our goal."

"Unfortunately they are. They are a good team, they've a great engine, they’ve got consistency, so why shouldn't they be?"

Teams turned down the opportunity to buy shares in F1 due to the minimum ten-year term of the purchase.

Where does Bernie fit into F1’s new order? (Motorsport Magazine)

"One of the first of those could be the little niggle of the FIA’s monetising of its one per cent stake in Delta Topco, F1’s parent company, which it bought for a nominal amount in 2013 but for which it would receive the full amount based on any sale valuation. This story recently appeared in The Economist but was a rewrite of written speculation that had existed since before the anti-trust bodies had carried out their scrutiny of the deal."

A rare photo of the Lotus 98T hydraulic control block that allowed the driver to reduce the ride height as the fuel burned during a race. pic.twitter.com/AECgDDI6nO

What was the most unjustified penalty of 2016? Ben has a nomination:

I still think the most harsh penalty of the season was possibly the one given to Bottas in Bahrain. A drive-through penalty and some penalty points was extremely harsh given it was just at the first corner.

These sorts of things have happened loads of times last season as well as previous ones before that, but if they have affected drivers that are closer to the back, they don’t seem to be as important as the faster cars so it is often the case that whoever caused the accident is less likely to be punished.
Ben Rowe (@Thegianthogweed)