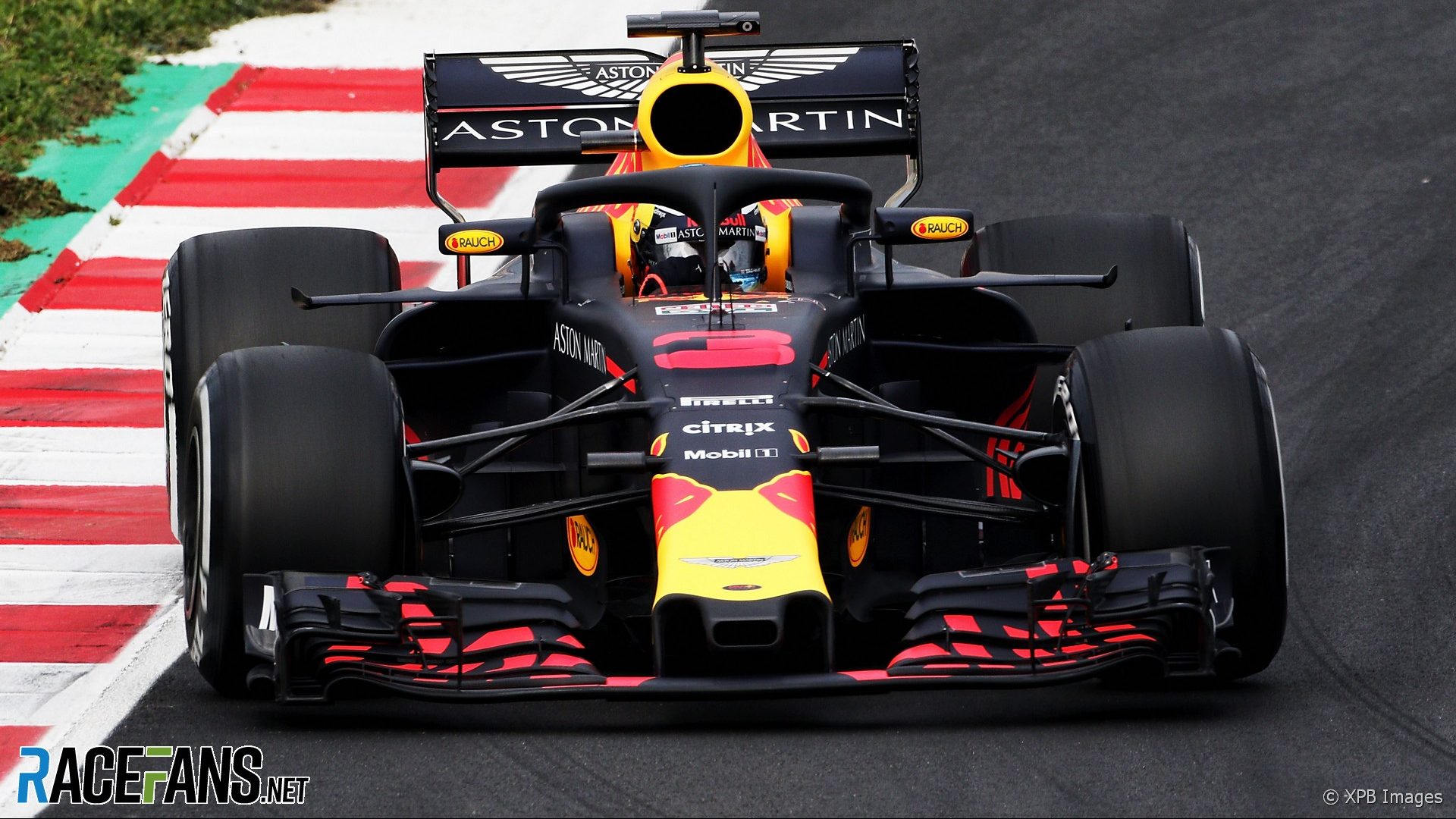 Daniel Ricciardo headed the first test session of the 2018 F1 season as rain limited the teams’ running at a cold Circuit de Catalunya.

The RB14 moved to the top of the times sheets shortly before the lunch break with a lap of 1’20.179. It left him just under two-tenths of a second quicker than Valtteri Bottas, who handed over to team mate Lewis Hamilton before the afternoon running began.

Rain arrived during the second half of the day’s running and by the final hour the track conditions were wet enough for first intermediates and later full wet weather tyres. Haas and Sauber called an early end to their running but Ricciardo pressed on, reaching 100 laps shortly before the chequered flag fell.

Kimi Raikkonen was third-fastest in the new Ferrari SF71H. The team mainly concentrated on pit stop practice later in the day. He was just a few hundredths quicker than Nico Hulkenberg.

McLaren however was limited to just 47 laps as Fernando Alonso lost much of the morning’s running when a wheel nut problem pitched him off at the final corner.

Lewis Hamilton had the afternoon run in the Mercedes W09 but did just 25 laps. Behind him Brendon Hartley managed an encouraging 93 laps for Toro Rosso in their first test session with Honda power.

Force India test driver Nikita Mazepin managed only 22 laps after spinning at turn four. The team’s other test driver, Nicolas Latifi, was scheduled to run later in the week but will now miss his slot due to an infection.

Track temperatures of little more than 6C by the end of the session made for conditions which were far from representative of what teams usually encounter on race weekends. More rain is likely over the next two days before conditions begin to improve on Thursday, the final day of the test.