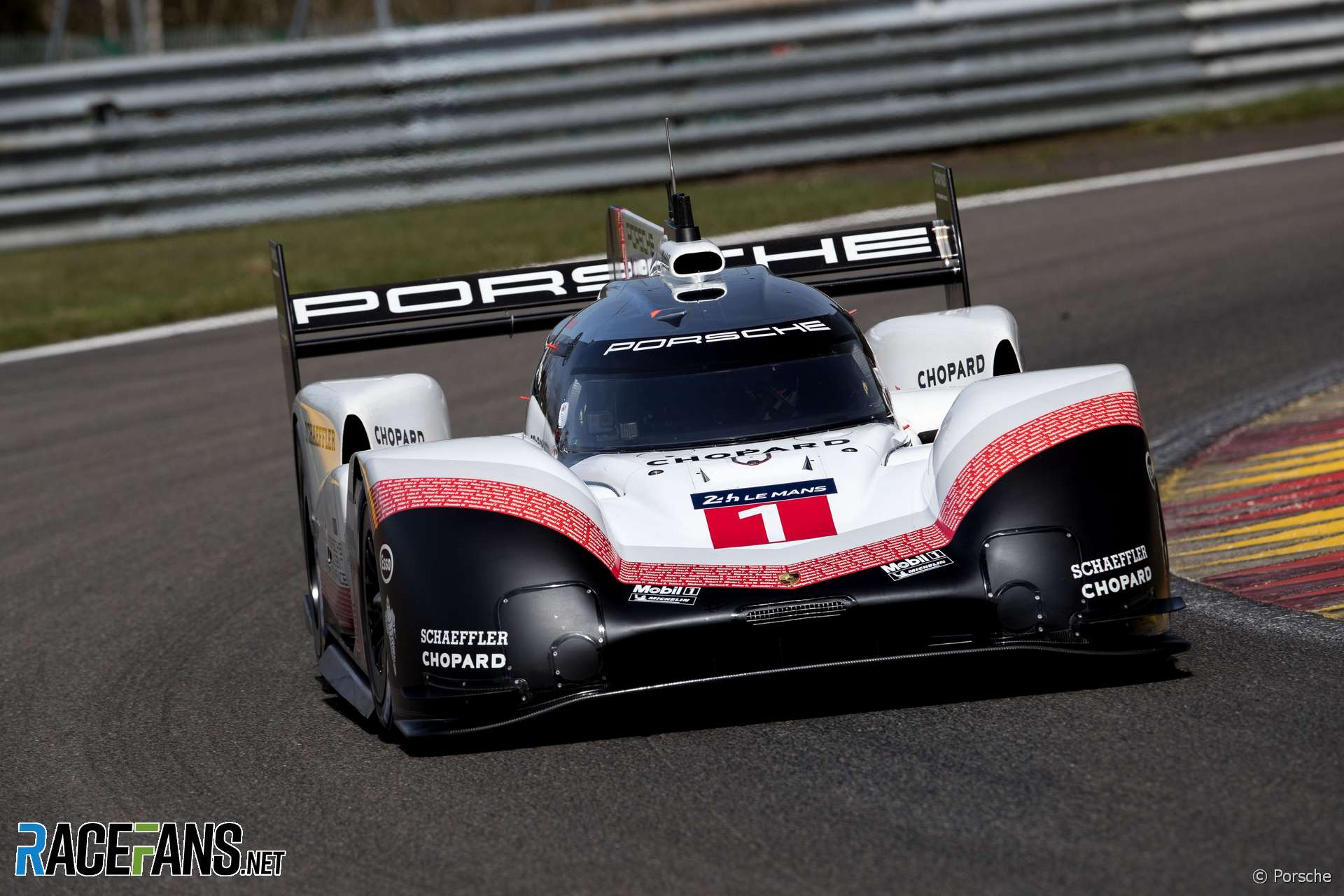 Porsche pulled out of the WEC at the end of last season. Its 919 Hybrid evo incorporates some upgrades which were planned for introduction this year and other aerodynamic developments.

The power train was the same as raced in 2017. However the maximum energy recovered by its hybrid systems was increased from 6.37 megajoules to 8.49, increasing its output from 400bhp to 440bhp. As its V4 engine was no longer running to the WEC’s fuel restrictions its power output increased from 500bhp to 720bhp.

Aerodynamic changes to the car included a larger front diffuser and revised rear wing, both of which feature active aerodynamics. Jani was able to adjust the trailing edge of the front diffuser and open a slot in the rear wing to improve the car’s aerodynamic efficiency. Porsche estimated the car had 53% more downforce and was 66% more efficient compared to its trim from qualifying sessions last year.

The weight of the car was reduced by 39kg by removing non-essential components such as air conditioning, the windscreen wiper, some sensors, electronic devices, lights and the pneumatic jack system.

“It was kind of an engineer’s dream come true for us,” said chief race engineer Stephen Mitas who oversaw the project. “Having developed, improved and raced the car for four years, the guys had a very close relationship to it.

“We all knew, no matter how successful the 919 Hybrid was, it could never show its full abilities. Actually even the Evo version doesn’t fully exploit the technical potential. This time we were not limited by regulations but resources. It is a very satisfying feeling that what we’ve done to the car was enough to crack the Formula One record.”

Porsche will next run its 919 Hybrid Evo to the Nordschleife for a demonstration lap prior to the 24 Hours of the Nurburgring. It will also visit the Goodwood Festival of Speed, the Festival of Porsche at Brands Hatch and the Porsche Rennsport Reunion at Laguna Seca.