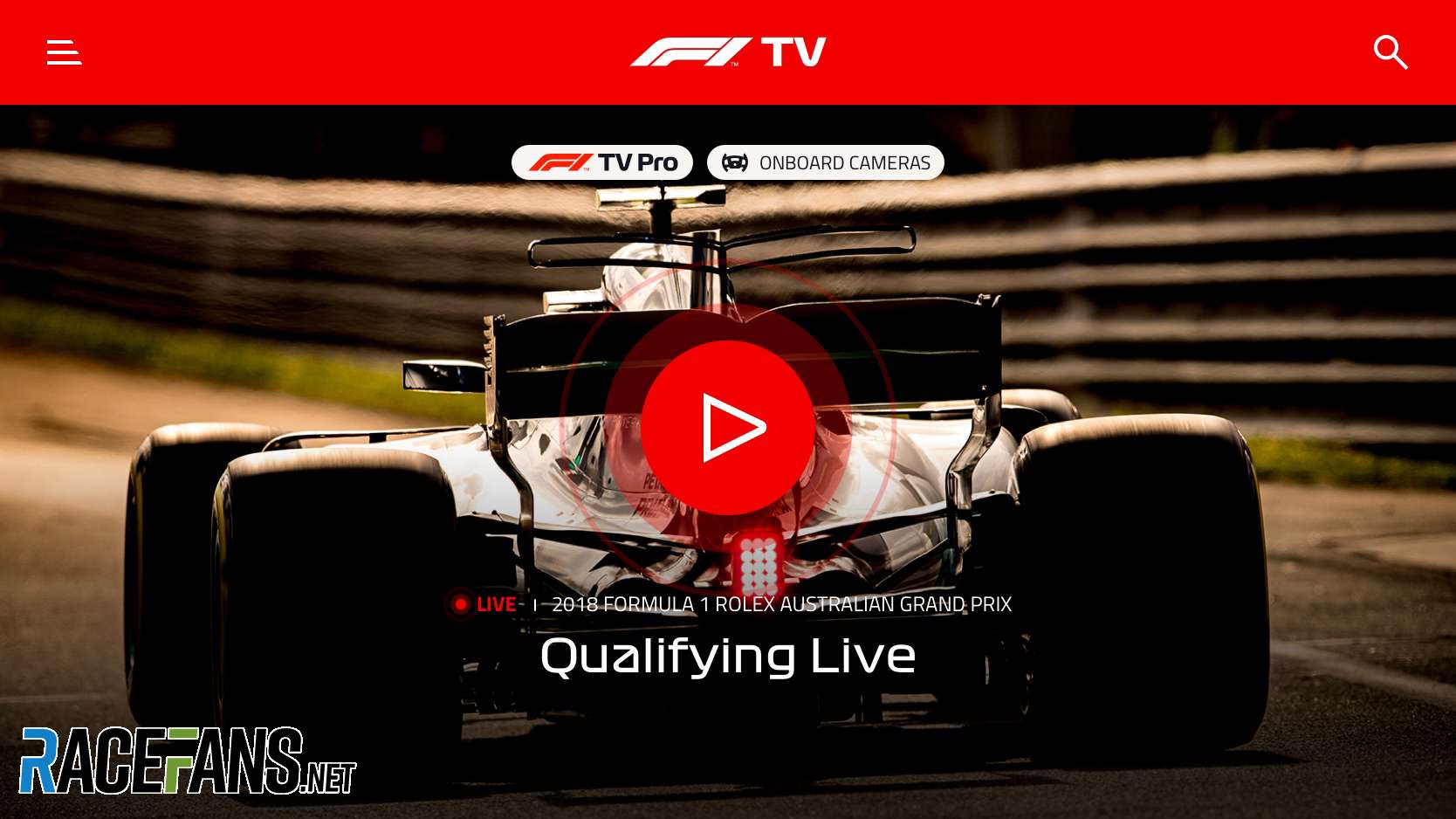 Formula One Management has confirmed its delayed F1 TV Pro service will arrive in time for the Spanish Grand Prix.

The service, which will allow fans in around 40 regions to stream live F1 coverage directly, was originally planned to arrive in time for the first race of the 2018 F1 season.

“Formula 1, the pinnacle of motor sport, will launch F1 TV in May, ahead of the Formula 1 2018 Gran Premio De Espana,” Formula One Management announced in a statement.

“Until that time, Formula 1 will continue to run a closed beta version of the service to a small subset of fans for viewing and testing during the upcoming Formula 1 2018 Chinese Grand Prix and Formula 1 2018 Azerbaijan Grand Prix.”

“By summer, the service will also be available to fans on Amazon Fire TV, Android TV and Apple TV.”

F1’s officially connectivity partner Tata will distribute the content. The services’ systems will be run by NBC Sports’ Playmaker Media and iStreamPlanet. The F1 TV web app will be created and delivered by Ostmodern and payment processing and identity management handled by CSG.