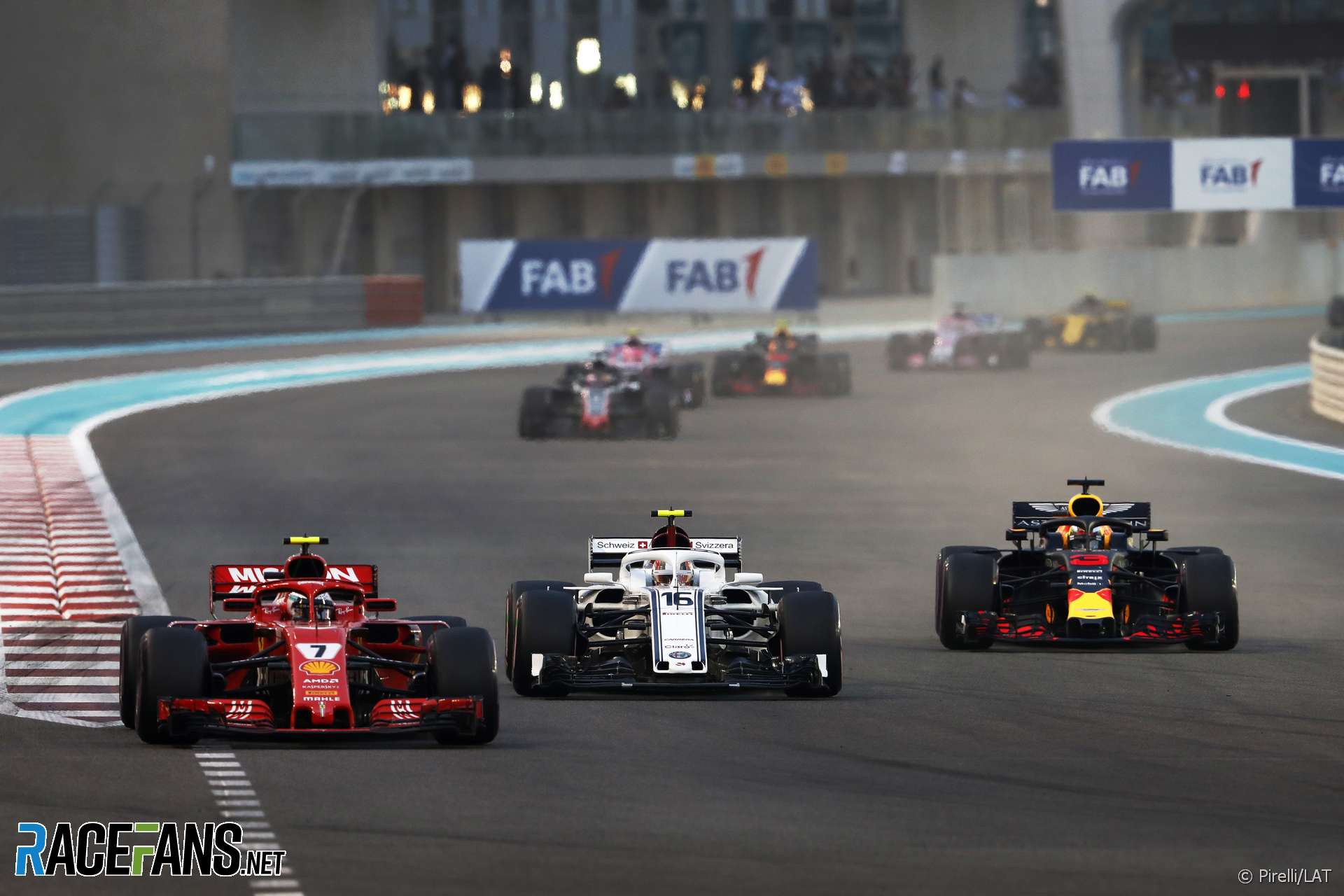 A bonus point could be awarded to the driver who sets fastest lap under a new rule which is being considered for the 2019 F1 season.

The plan would award a bonus point only if the driver who sets the fastest lap finishes in the top 10. It will be introduced if it receives the majority approval of F1’s Strategy Group and unanimous approval of the F1 Commission.

Would this new rule be an exciting new addition to the grand prix format or an unnecessary gimmick? Have your say in the debate below.

The plan has the support of Formula 1 bosses because they believe it will give drivers an extra incentive to drive faster in the closing stages of races. In recent seasons drivers have tended to reduce their pace when possible during races to conserve their cars, fuel and tyres.

There is a historical precedent for awarding a point for fastest lap. Between 1950 and 1959 the driver who set the fastest lap in a race was awarded a bonus point.

Giving a point for fastest lap will make the points system more complicated: A maximum points score will now be 26 instead of 25, and the bonus point may not be awarded at every race if someone outside the top 10 sets the quickest lap.

It will give drivers an incentive not to try to overtake each other at the end of races, as they may decide they have a better chance of scoring an extra point by dropping back to get into clear air and making a bid for fastest lap.

Would offering a point for fastest lap going lead to loads of drivers trying to set the fastest lap at the end of races? No, it will largely be a question of which of the few drivers in the fastest cars has enough of a gap behind them to pit for fresh tyres. That will most likely mean only one or two drivers – the rest will be aware there’s no point risking their car.

But the fact it is unlikely to make much of a difference isn’t a reason to support it. A slightly bad idea is still a bad idea.

Awarding a point for fastest lap would unnecessarily complicate the scoring system – most people can multiple 25 in their head far more easily than 26.

Worst, at a time when F1 is supposed to be concentrating on how to make it easier for drivers to follow each other closely and overtake, it has now proposed to give drivers an incentive not to tackle their rivals, but to back off, find some clear space and make a bid for fastest lap.

Is a grand prix supposed to be a race or a qualifying session? Those who have proposed this pointless gimmick (pun intended) haven’t thought it through.

Should F1 introduce a point for fastest lap this year? Cast your vote below and have your say in the comments.

Should F1 introduce a point for fastest lap for 2019?

89 comments on “Should F1 award a bonus point for fastest lap?”