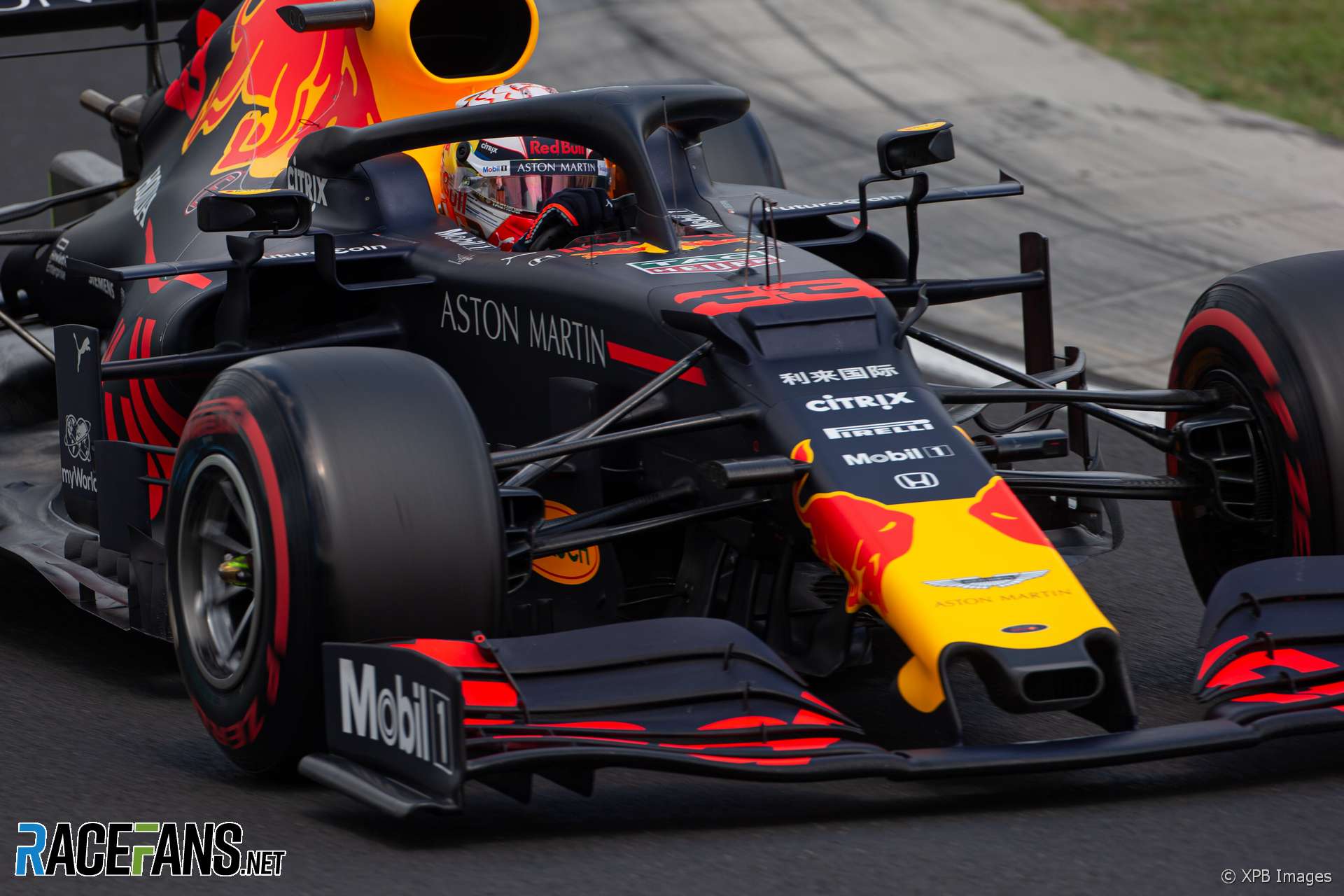 Having captured pole position at the Hungaroring, a track where overtaking is notoriously difficult, Max Verstappen is the obvious favourite to take victory on Sunday.

But there are two key ways the Red Bull driver could be vulnerable to the Mercedes pair lined up behind him on the grid.

The first challenge will come at the start. Verstappen’s getaways have not been great in recent races. He lost five places on lap one in Austria and two in Germany. Granted, he then went on to win both races, but recovering positions will not be so easy in Hungary. He worked on Red Bull’s practice starts again on Friday – expect to see him doing a few more on his pre-race reconnaissance runs on Sunday.

Even if he gets away reasonably well, Verstappen will have the straight-line speed of the Mercedes to contend with on the long, 600-metre run to the first corner. He may need the full range of his ample portfolio of defensive moves for this one.

In a similar vein, while Red Bull have a reputation for being one of the most strategically sharp teams in the pit lane, and dazzlingly fast when it comes to replacing four sets of wheels, that is likely to be tested to its limit on Sunday as well.

With Pierre Gasly typically mired at the back end of the six front-running cars, Verstappen doesn’t have a ‘wingman’ to help him out at the front of the field. Lewis Hamilton, who will start third behind the other Mercedes of Valtteri Bottas, sees that as an opportunity.

“We’re in a good position in terms of working as a team tomorrow,” he said. “We’re in a fortunate position, potentially, if we can hold on to Max to be able to work together to pull him closer to us and give him a bit of a run for his money.

“It’s a little bit harder when you’re on your own at the front in the team, because you can come under attack from undercuts and all this sort of thing. We’ll see how that plays out but we’ve got a long run down to turn one so hopefully we will have a nice long battle down there and then after that it’s down to team tactics.”

The classic approach for Mercedes will be to pit one driver early and the other one late. The first driver will have the opportunity to get ahead by running the new tyres first and ‘undercutting’ Verstappen; the other will be well-placed in the event of a Safety Car or Virtual Safety Car, and might even be able to attack harder later in the race with the benefit of fresher tyres.

But this, of course, assumes Mercedes will be quick enough over a race stint to keep up with Verstappen. If not, and Verstappen can take his third win in four races, it will underline Red Bull-Honda’s emergence as the major new threat to the world champions.

Rain on Friday and a final practice session which was disrupted due to oil on the track has made it harder than usual to get a read on teams’ race pace. The Ferrari drivers fear they aren’t quite on the level of Mercedes and the lead Red Bull, but hotter conditions could play into their hands on race day.