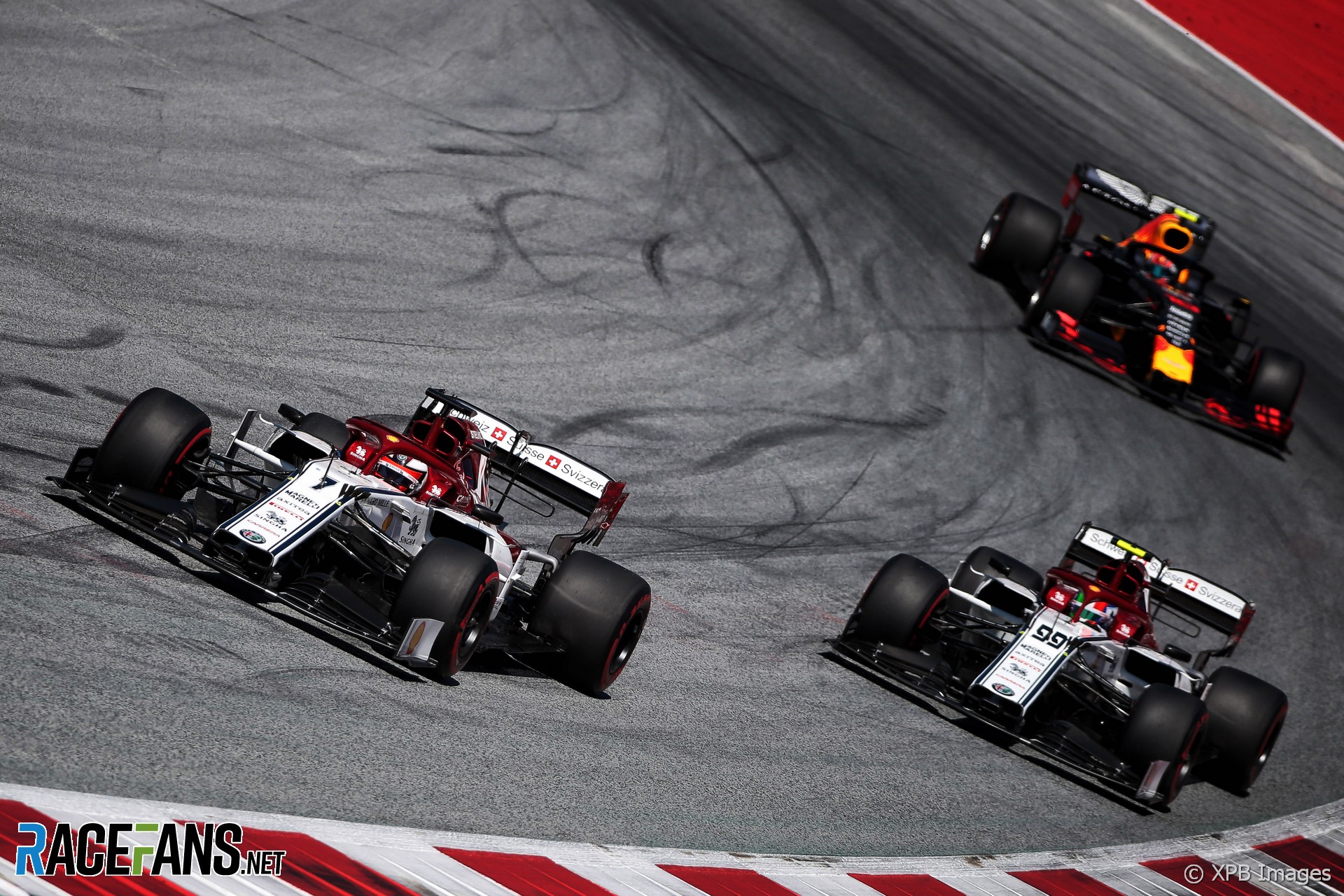 There’s no question which two drivers have been most decisively shaded by their team mates over the opening races of 2019. As we say yesterday, Robert Kubica has suffered a heavy beating at the hands of rookie George Russell, and Pierre Gasly’s first 12 races against Max Verstappen went so badly Red Bull have dropped him.

Antonio Giovinazzi’s performance at Alfa Romeo has not drawn as much attention as either of these two, for obvious reasons. Gasly was squandering a race-winning seat until Red Bull showed him the door, and Kubica’s return to F1 generated huge interest.

Expectations of Giovinazzi were lower for the obvious reason that he’s a rookie (two 2017 starts notwithstanding) going up against a world champion. Yet 12 races in, the championship situation at Alfa Romeo arguably reflects worse on Giovinazzi than Red Bull’s does on Gasly. Kimi Raikkonen has scored all bar one of Alfa Romeo’s 32 points. Giovinazzi’s sole appearance in the top 10 contrasts with eight for his team mate.

Is F1’s points system are working against Giovinazzi? In Gasly’s case, even when he’s been lapped by Verstappen he’s been able to finish in the second half of the points places. Perhaps an extremely congested midfield and a points system which only awards the top 10 finishers is amplifying what is in fact a slender gap between Giovinazzi and Raikkonen.

This isn’t really borne out by the data. Although Giovinazzi has seen the chequered flag at every race bar Silverstone, it’s not as if he’s regularly been finishing on Raikkonen’s tail, just outside the top 10. There are too many 15ths and 16ths in his results so far.

Earlier in the season Giovinazzi seemed to be on an upward trajectory. He narrowed the gap to Raikkonen in qualifying, made his Q3 debut in Azerbaijan and beat his team mate to eighth on the grid – only too pick up a penalty for a power unit change. Nonetheless by Austria he had finally silenced the pesky questions about when he was going to break his duck.

“I think the pressure was coming more from you guys,” he joked after finishing 10th at the Red Bull Ring. “Every race weekend it was ‘when are you going to come the first point?’.

“Finally we got this. I was relaxed because the [performance] was improving race by race. Now we have this point we need to keep working hard and be there every race weekend.” However the points haven;t kept coming,

Giovinazzi’s qualifying performances have reflected better on him. This is to be expected: Raikkonen’s strength has historically tended to be his race pace rather than outright one-lap speed. Sure enough, Giovinazzi has usually trailed his team mate on Sundays.

The situation would look less serious for Giovinazzi had he been allowed to keep his best result to date. But his eighth place finish in Germany was lost when he was given a 30-second time penalty for a technical infringement which was out of his hands. Still, Raikkonen suffered the same fate, and he had finished ahead of his team mate.

Giovinazzi went into the summer break on rather a low ebb. As well as losing his points in Germany he spun at Silverstone and picked up damage at the start in Hungary which ruined his race. While Alfa Romeo has made progress in recent races, Giovinazzi doesn’t seem to have matched the gains Raikkonen has made with the car.

Based on his season so far it’s hard to make a strong case for Alfa Romeo giving Giovinazzi a second season, even though he’s up against one of the best in the business. He needs to start racking up the points regularly after the summer break.

48 comments on “Giovinazzi: The other driver having a tough time against his team mate”