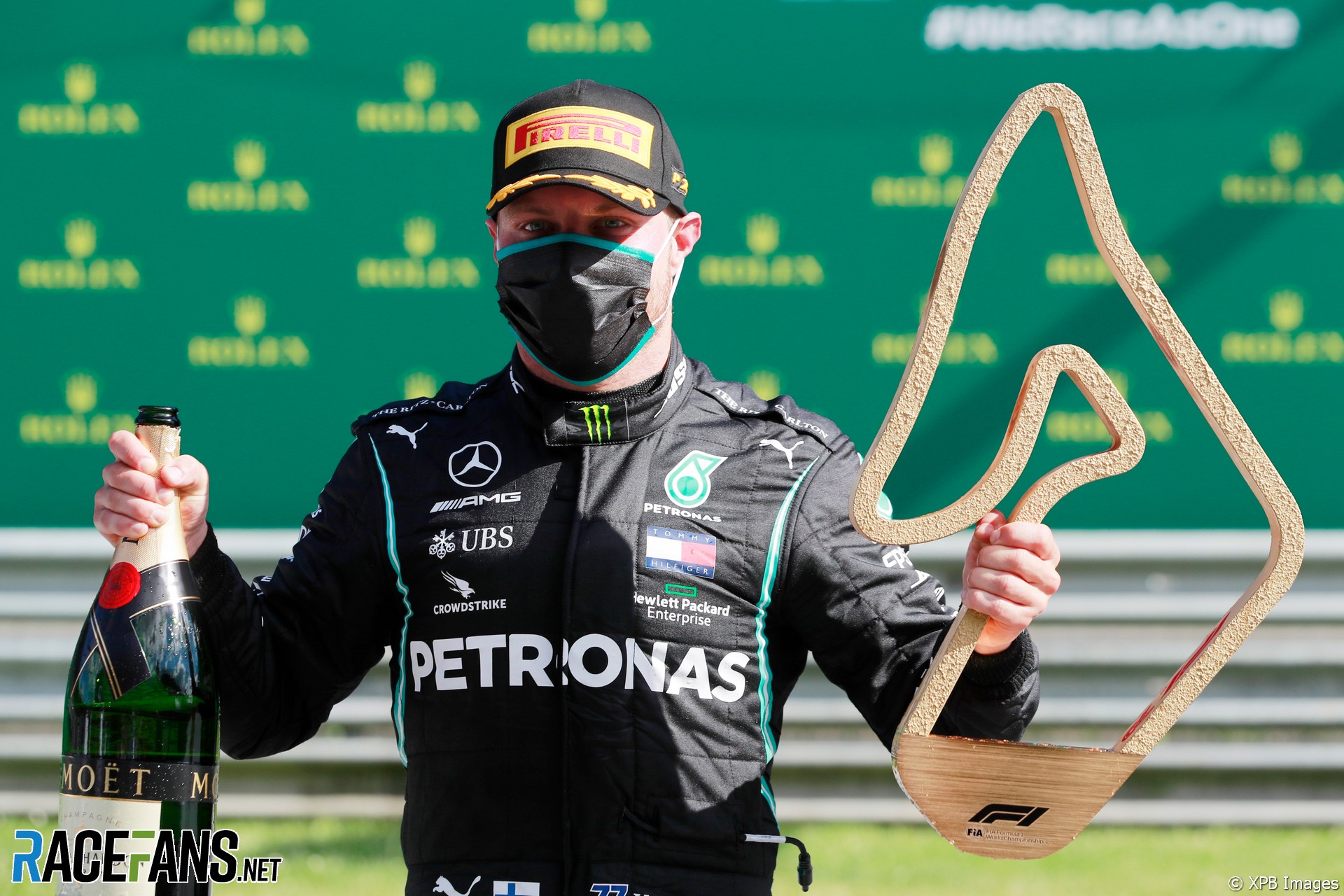 Valtteri Bottas won the season-opening race for the second year in a row following a lively race at the Red Bull Ring.

The Mercedes drivers looked in a commanding position after Max Verstappen, the strongest threat to the pair, retired early on. Lewis Hamilton, who was relegated to fifth on the grid moments before the race due to a penalty, rose back up to the second place he was originally supposed to occupy.

But Mercedes were preoccupied with technical problems on their cars, and repeatedly told both drivers to avoid the kerbs. Their handy lead over the rest of the field was erased by a late Safety Car, which brought the other Red Bull onto their tails.

Alexander Albon used the Safety Car opportunity to take a fresh set of softs tyres, and once the race restarted looked a clear threat to the Mercedes drivers. However his attempt to go around the outside of Hamilton at turn four ended in the second collision between the pair in three races. Just as in Brazil, Albon slipped down the order while Hamilton was given a time penalty.

The places behind them were settled over a spectacular final few laps. Charles Leclerc emerged from the midfield to take third, which became second after Hamilton’s penalty.

Sergio Perez was also penalised, for pit lane speeding, costing him a potential podium finish. Lando Norris – who put a muscular and, as it turned out, unnecessary move on the Racing Point driver – took third for McLaren.

Hamilton fell to fourth after his penalty, followed by Carlos Sainz Jnr and the similar penalised Perez.

Pierre Gasly, Esteban Ocon, Antonio Giovinazzi and Sebastian Vettel completed the points scorers, the latter spinning earlier in the race. The only other driver still running at the end was Nicholas Latifi.

The first race of the season saw an unusually high number of retirements. After Verstappen dropped out he was swiftly joined by Daniel Ricciardo and Lance Stroll. Both Haas drivers dropped out, while George Russell’s retirement triggered the race-altering Safety Car. Kimi Raikkonen’s car caused another interrupted when it shed its front-right wheel as the race was restarting.

145 comments on “Bottas wins as Hamilton and Albon tangle again”