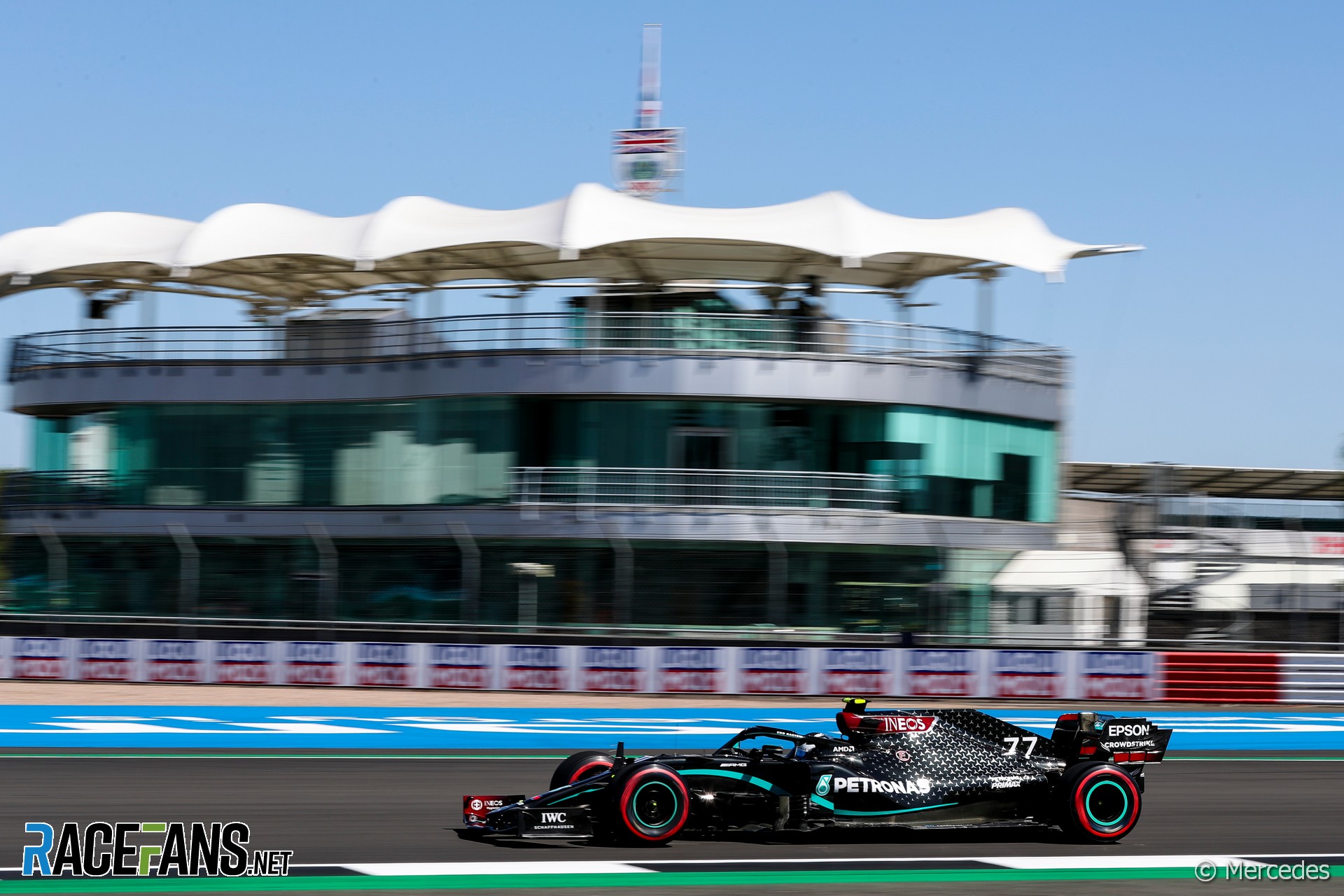 Valtteri Bottas has taken pole position for the 70th Anniversary Grand Prix ahead of Lewis Hamilton and Nico Hulkenberg.