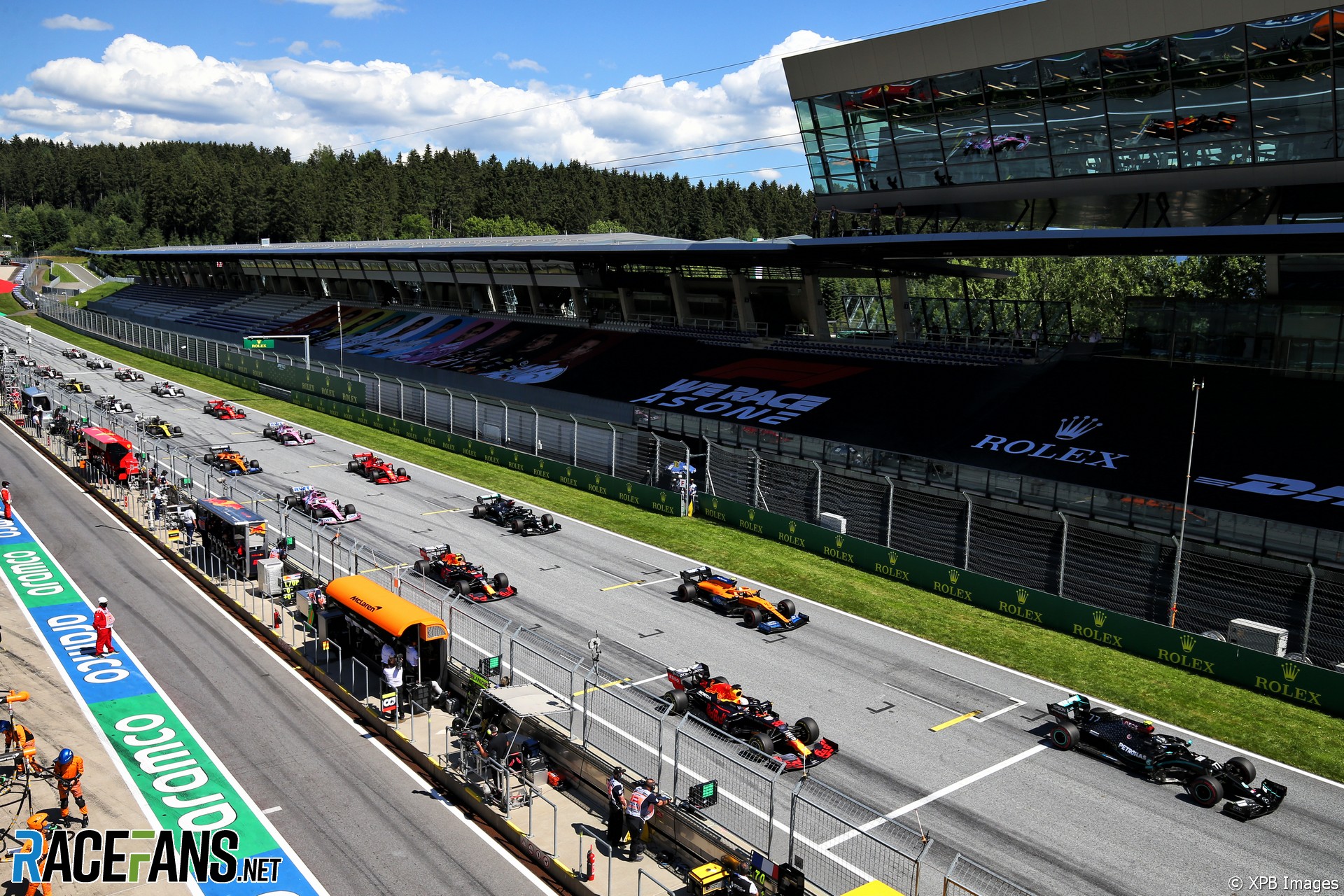 Has an opportunity has been missed with F1’s announcement it will again race at the Red Bull Ring twice this year?

Teams are already being subjected to the sport’s longest-ever, 23-race schedule. Does it really need to include two races on the same circuit?

The outbreak of the Covid-19 pandemic last year led F1 to break with its long-held convention of never holding multiple rounds at the same venue in a calendar year. The disrupted 2020 schedule opened four races months later than planned with a double-header at the Red Bull Ring, then raced twice at Silverstone the following month.

Later in the year Bahrain held another double-header. Usefully, its track has more than one F1-ready layout. Its second race was held on the Outer Circuit, giving a completely different character to the previous round a week earlier.

F1 won’t have that option when it returns to the Red Bull Ring this year, however. The Austrian track is already one of the shortest on the calendar and has no alternative layouts which meet the minimum length requirements necessary to hold a grand prix.

The addition of a second race in Austria has come about following the cancellation of the Turkish Grand Prix (just 16 days after it was announced, which must be some kind of record). Istanbul Park was added to the 2021 F1 calendar in place of the Canadian Grand Prix when that race was called off.

The new arrangement is unsatisfying for more than one reason. The earlier date for the French Grand Prix means it now coincides with IndyCar’s race at Road America, in which Romain Grosjean will compete. His planned demonstration run in a Mercedes F1 car in front of spectators at Paul Ricard will therefore not take place (his separate private test will still go ahead).

Some 15,000 ticket-holders for the French race will face disruption due to the date change, and not all may be able to attend the event now it has been moved forwards by a week. RaceFans understands the grand prix promoters are disappointed by the development, but the decision was out of their hands. F1 thanked them for their co-operation in a statement released today.

Did the sport even need to replace its lost Turkish/Canadian round, when it has so many other races scheduled? As was the case last year, once eight rounds are held the world championship is official, and it should tick that box well before the summer break. Broadcasting rights deals are thought to demand at least 15 rounds, which F1 will achieve even if Covid claims seven more events.

But as recent events have surely demonstrated, F1 cannot afford to leave anything to chance with Covid-19. The tide may be turning against the pandemic, but it is certainly not doing so in all places at the same rate.

Infection and vaccination rates vary enormously worldwide. The gradual return to normality enjoyed by some countries is under threat from emerging new variants of the virus. Facing that, F1 has evidently taken the view that ‘a bird in the hand is worth two in the bush’ and is prudently ensuring it completes as much of its championship as possible while it can.

Nonetheless, was a better option available than holding two races on the same track? With no disrespect to Austria’s round – which successfully held F1’s first post-Covid races last year – of the two events to ‘double up’ on, France’s held obvious advantages. And not only in terms of avoiding inconvenience to fans and allowing Grosjean’s demo run to go ahead.

While the Red Bull Ring offers no alternative layouts, Paul Ricard has a dizzying number of variants – well over 100. While some of these would not be suitable for F1, a large number are.

It would have provided an ideal opportunity to answer the question which F1 has wrestled with since it returned to the French circuit in 2018: Would the racing benefit from bypassing the Mistral chicane on its long straight? Different versions of several other corners are also available, including the Verrerie S-bend at the start of the lap. Alternatively, the series could have reverted to the abbreviated configuration it used in the late eighties.

At Paul Ricard, F1 could have held races on two almost completely different tracks at the same venue. Instead, at the Red Bull Ring, it has no choice but to race on the same track for two weeks in a row and therefore risks serving up a familiar spectacle each time.

It could bring different tyre selections for each round – Pirelli is considering its options having already nominated the C2, C3 and C4 tyres for the Austrian Grand Prix. But F1 experimented with this scheme at Silverstone last year and while the outcome was two different winners, it’s debatable whether either was a particularly more memorable race.

Throughout the unprecedented upheaval Covid-19 wrought on the world, Formula 1 has done an excellent job of keeping the show on the road. It has conducted around 95,000 Covid-19 tests during race weekends with a positive rate of 0.1%. It held 17 races last year and is determined to get 23 done this year.

But for all the credit they deserve, and while the decision to press on with rescheduling its latest lost race is understandable, this feels like the second-best solution.

75 comments on “Was a Red Bull Ring repeat the best solution to F1’s latest calendar headache?”