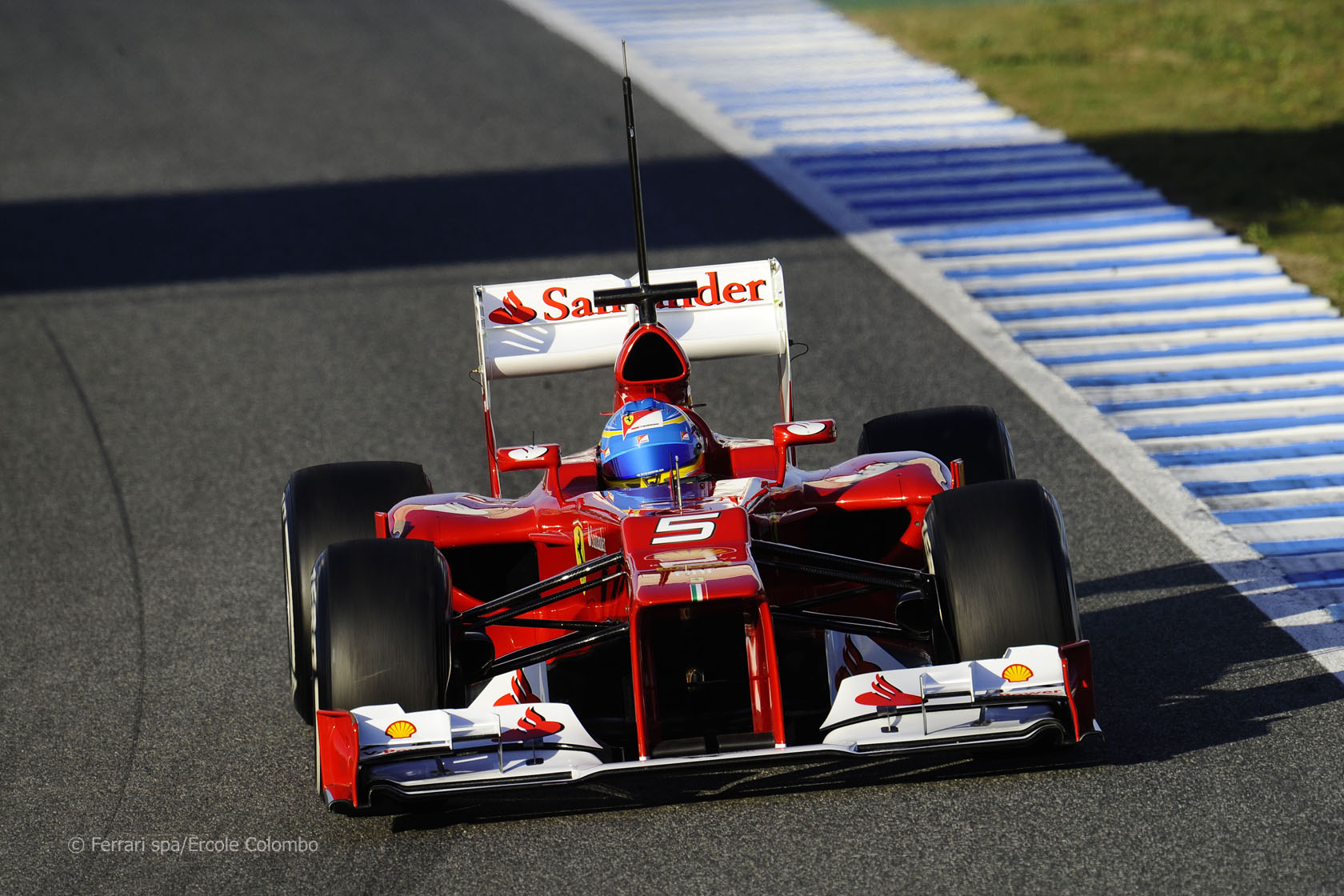 Fernando Alonso was quickest on the final day of testing at Jerez.

His lap of 1’18.877 served as a timely response to questions over the performance of the Ferrari F2012.

Alonso set the lap early in the running before spending much of the day conducting aerodynamic tests in the new Ferrari.

Behind him the times were close – Jean-Eric Vergne, Sebastian Vettel, Lewis Hamilton and Kamui Kobayashi all lapped within two-tenths of a second of each other.

The world champion had a quiet start to the day as the team had to fix an electrical fault on the RB8.

Another driver to hit trouble was Bruno Senna, who caused two red flags when his Williams stopped on track. Nonetheless Senna completed another busy programme, logging 124 laps in his FW34, one fewer than he did yesterday.

Kamui Kobayashi lost a significant amount of time after an hydraulic leak in his Sauber C31 caused him to stop on the track. But was able to return to the circuit before the end of the session.

Having missed out on yesterday’s running, Nico Hulkenberg had his first taste of the Force India VJM05.

Jarno Trulli got behind the wheel of the Caterham CT01 for the first time. Having struggled with the power steering in last year’s car, he quickly reported back that the new model seemed to be an improvement in that area. However he was two seconds off the best time of the next-slowest car.

The next test will begin on 21st February at the Circuit de Catalunya.