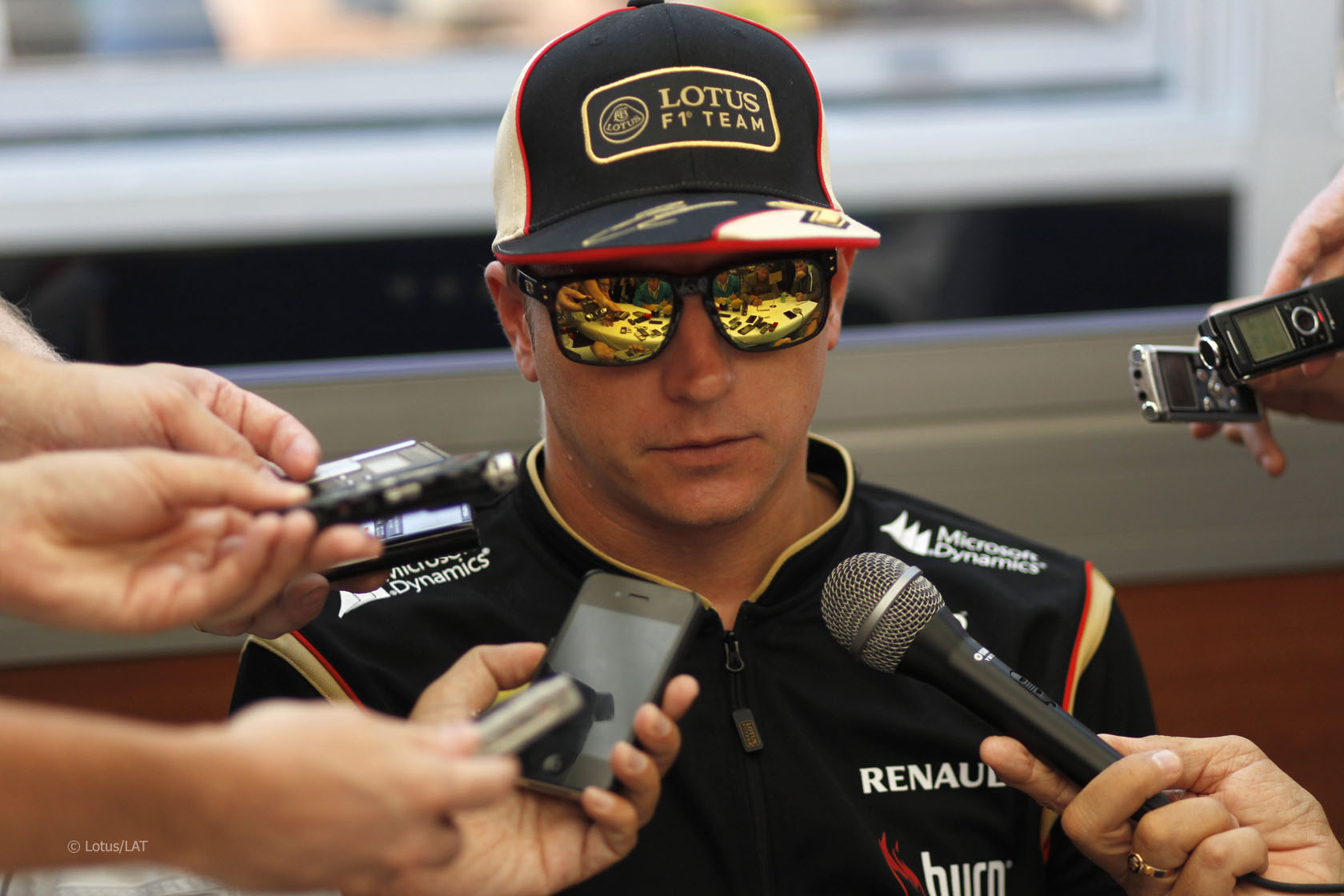 In the round-up: Ferrari are expected to announce their 2014 driver line-up this week with speculation growing around a return to the team for Kimi Raikkonen.

Luca di Montezemolo: “What happened in the past with Kimi? we won a world championship.”

“Kimi Raikkonen will decide his Formula 1 future in the next 48 hours amid growing speculation about a move to Ferrari.”

Fernando Alonso: “It?¾įķ╝įõ¾s not possible for me to talk of any name for next year because I have a lot of respect for Felipe [Massa] . We?¾įķ╝įõ¾ve been working very hard and close for four years to give Ferrari the maximum. Whatever decision the team will take will be good for me and we will keep working to give Ferrari the best results possible.”

“Pirelli has agreed a new five-year deal to provide tyres to Formula One worth an estimated ?ķ?·50 million, which will carry it through until the end of the 2018 season.”

“Sebastian won the race and the atmosphere was not completely correct. But, anyway, it’s their choice.”

“I obviously didn’t mean to do it – I wasn’t trying to overtake anyone. It was just the concertina effect I was unaware of.”

Toto Wolff: “You can’t expect to be there all the time and we know where we went wrong over the last two weekends and it’s a matter of improving.”

What a weekend! A fantastic Quali and great Race! Sooo good to be in the points again­¤śŖ! Big thanks to @OfficialSF1Team for a great job!!

Congratulations to @Pastormaldo @gabytarkany who are now the proud parents to baby Victoria born in the early hours of Friday morning!!

#F1 Joke I heard in Monza. If @NicoHulkenberg moves to @Lotus_F1Team – will they not pay him more than Sauber is not paying him right now?

Some interesting stats from the world of professional sport! pic.twitter.com/b2HaQgfOdL

@JackySteeg questions the wisdom of holding a night race in Bahrain:

I wouldn?¾įķ╝įõ¾t envy the mechanics leaving the circuit at midnight with protesters still on the street throwing Molotov cocktails about?¾įķ╝?¬

It also seems a bit counter-productive to F1?¾įķ╝??s “green” targets. Illuminating all those thousands of enormous lightbulbs for a weekend does seem a tremendous and unnecessary waste of energy.
@JackySteeg

Mario Andretti clinched his first world championship 35 years ago today in dire circumstances. Team mate Ronnie Peterson, the only person who could beat him to the title, was injured in a start line crash. The following day Peterson succumbed to his injuries.

Here’s the second start of the race. Andretti and Gilles Villeneuve were judged to have jumped the start and given one-minute penalties. They finished first and second ‘on the road’ but were classified sixth and seventh respectively.