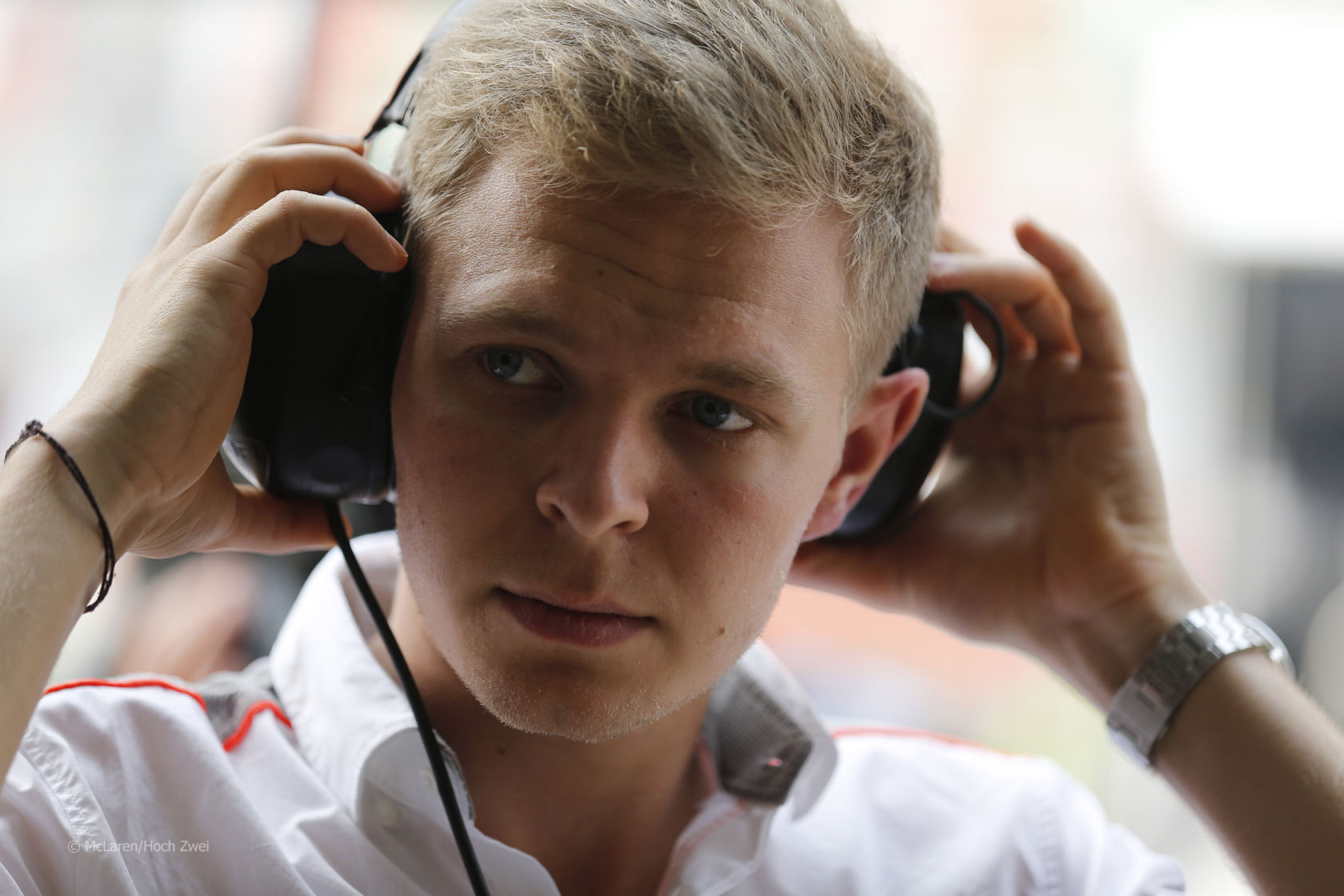 Perez’s place in doubt (The Telegraph)

“McLaren are considering promoting young Danish driver Kevin Magnussen to be Jenson Button?óÔéĽÔäós team-mate next season, with the jury still out on Sergio Perez.”

“Sources suggest the most likely outcome now is for Perez to be handed a single-year extension to his deal, with strict performance clauses against Button that he must fulfil if he is going to have a chance of staying for 2015.”

“McLaren have considered placing Magnussen at Marussia next season in order to gain more experience. However, it is understood that senior management increasingly see him as capable of stepping up to partner Button.”

“Next year it?óÔéĽÔäós most likely that I will stay with Marussia – but of course I have to get the deal done first. The team has good potential, but it?óÔéĽÔäós crucial that we stay ahead of Caterham in the constructors?óÔéĽÔäó championship as the price money we?óÔéĽÔäód get can make up a big percentage of our yearly budget. If we have that we can put it towards a better car for next year. That would really help! It would mean that we have the chance to start 2014 really strong.”

“Three days of evaluation began on 16 September and Kumho says the purpose for the test was to ‘validate the technology for future business with F1 and to actually test the technology accumulated through motor sports since the 1990s for F1.'”

“It got worse after the [Indian Grand Prix], with [Alan] Permane accusing Raikkonen of “not being a team player”. Raikkonen, who has scored a comfortable majority of Lotus’s points in the last two seasons, took extreme exception to that and when he flew back home to Switzerland from Delhi he seriously considered not coming to Abu Dhabi at all.”

The Formula One schedule takes its toll (MotorSport)

“At the weekend we all heard the almost concrete rumour that neither New Jersey nor Mexico City would make it for next season. Korea does look as if it will survive the cull, appearing in April rather than in October and, after bidding farewell to the final Indian Grand Prix, apparently F1 could be back there in 2015 after signing a five-year deal with Bernie.”

Hamilton apparently wrote “congrats Seb – next year’s view” next to a picture of the back of a Mercedes.

Is there such a thing as #ThePerfectLap in an #F1 car? McLaren's engineers give their view. Tweet us your thoughts… http://t.co/VHCZGRI3wn

Not the race I wanted on Sunday. Poor getaway really shapes the race for us sometimes. Lets bring on Texas… and ribs! Mmmm

I?óÔéĽÔäód love to see two or three different spec-wings mandated by the FIA for different types of tracks, but only if that meant unlocking technical development in other areas. For example unlocking engine development permanently, instead of restricting it more and more in the following years.

In my opinion aero innovation in F1 has become a huge waste of money. There are many other, far more interesting areas to explore, but unfortunately the rules simply don?óÔéĽÔäót allow it.
@MaroonJack

Heading into qualifying for the final round of the 1993 season, 20 years ago today, Williams had taken pole position for all of the preceding 15 races.

But Ayrton Senna denied them a clean sweep with a record 1’13.371 lap around the Adelaide track in his McLaren.

Afterwards he was pressed by the media over his actions following the previous round in Japan, where he had punched Eddie Irvine:

124 comments on “Magnussen tipped as contender for Perez’s seat”