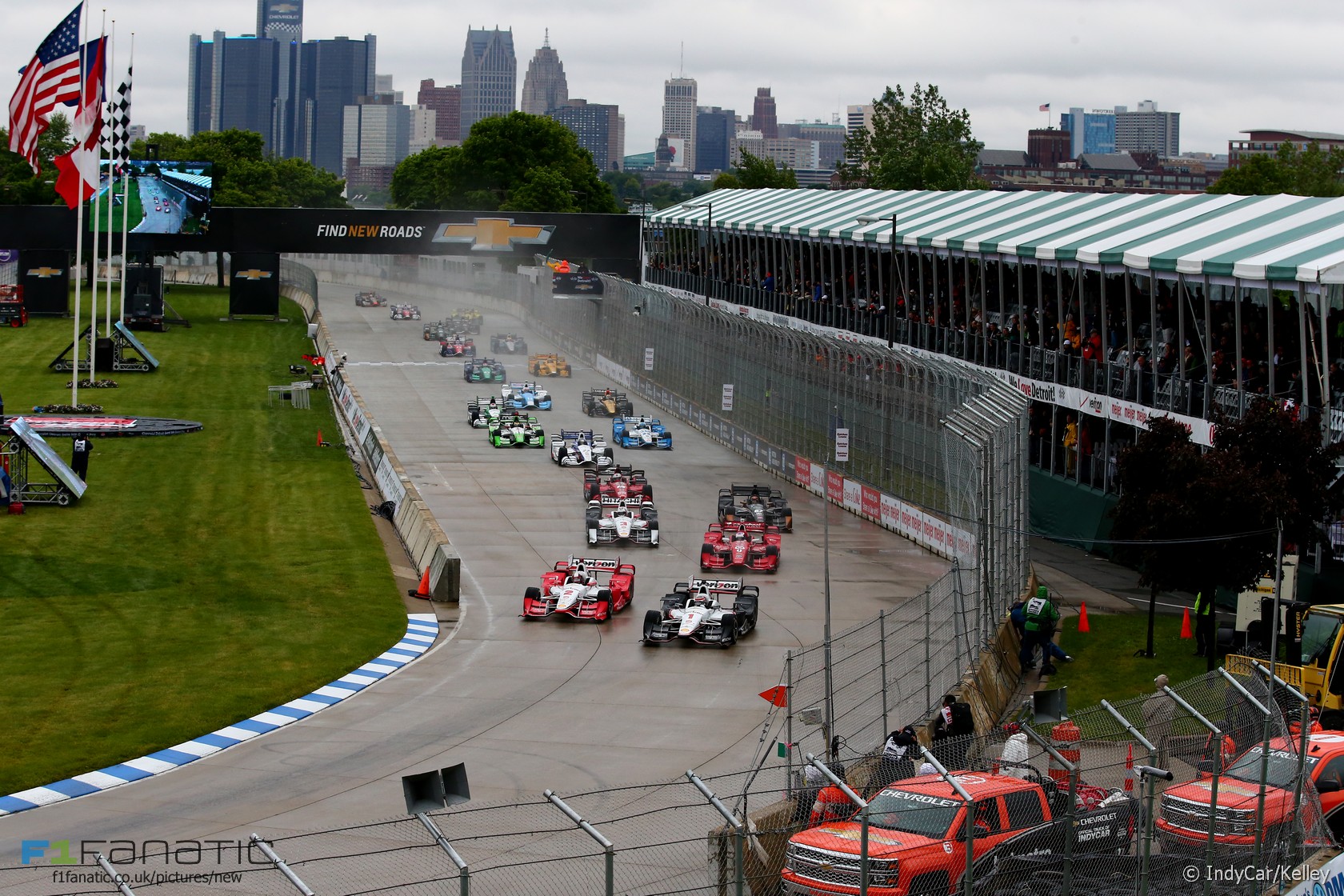 In the round-up: Former Formula One driver Sebastien Bourdais says Detroit’s Belle Isle course, where he won in IndyCar on Sunday, is a more demanding layout than anything on the F1 calendar.

"Driving in the rain at Detroit — it's tougher than any Formula One track, including the streets at Monaco. F1 has ruined every track. They have taken the character out of them, made them vanilla. It hurts me. Monaco is now a frigging parking lot with a couple of turns."

"The Arbitration Court in the Russian region of Krasnodar has ruled that public company Formula Sochi, an organiser of Russia's Formula One Grand Prix in Sochi, has gone bankrupt, according to media reports on Monday."

Vijay Mallya: 'Everybody is protective of their own corner...' (Adam Cooper's F1 Blog)

"There’s just one sweeping statement, ‘customer cars,’ with a view to perhaps answering the inevitable question, which is if the small teams disappear, how do you fill the grid?"

"We are not saying you should be able to do whatever you want. We are saying you can introduce when you want within the limits of the token allocation."

"Who was now leading? Some thought it was Fittipaldi, others that it was Shadow’s Jackie Oliver, or BRM’s Jean-Pierre Beltoise. The two sides of the official scoreboard showed different orders."

My book. Plenty of work gone into it, published in Australia on July 1st. UK September. 👍 pic.twitter.com/s5KZZFkLmU

@jimhelwig835 None of these are actual quotes.

Prize money distribution is a bit more equitable in the English football league than it is in #F1. Via @sportingintel pic.twitter.com/erDC2bo4ch

Businesses are used to tax collectors checking they pay their fair share, so surely the FIA could enforce a budget cap to ensure F1 teams don’t overspend? @Beneboy doesn’t think so:

Would that be the tax collectors that are unable to make multimillion pound companies pay their fair share of taxes because the complexities of modern multinational companies finances are impossible to make sense of?

If you think the FIA would be able to do a better job of regulating the finances of Fiat, Mercedes et. al. than the governments of Europe, USA and Japan then I’ve got some magic beans you could buy.

A budget cap would cost millions to enforce and would provide zero guarantees that the big teams wouldn’t be able cook the books. Just think how many inspectors would need to be sent to Maranello to ensure none of the employees of the factory weren’t working on something for F1.

The problem isn’t that the big teams spend too much, BAR and Toyota proved that just spending lots isn’t a guarantee of success, the problem is that the small teams don’t earn enough. Why waste vast amounts of money trying to enforce an unenforceable rule when you could just give that money (plus a fairer share of revenue) to the smaller teams?
@Beneboy

Mercedes drivers Jochen Mass and Karl Wendlinger – then past and future F1 drivers respectively – won the Spa round of the 1990 World Sportscar Championship on this day 25 years ago.