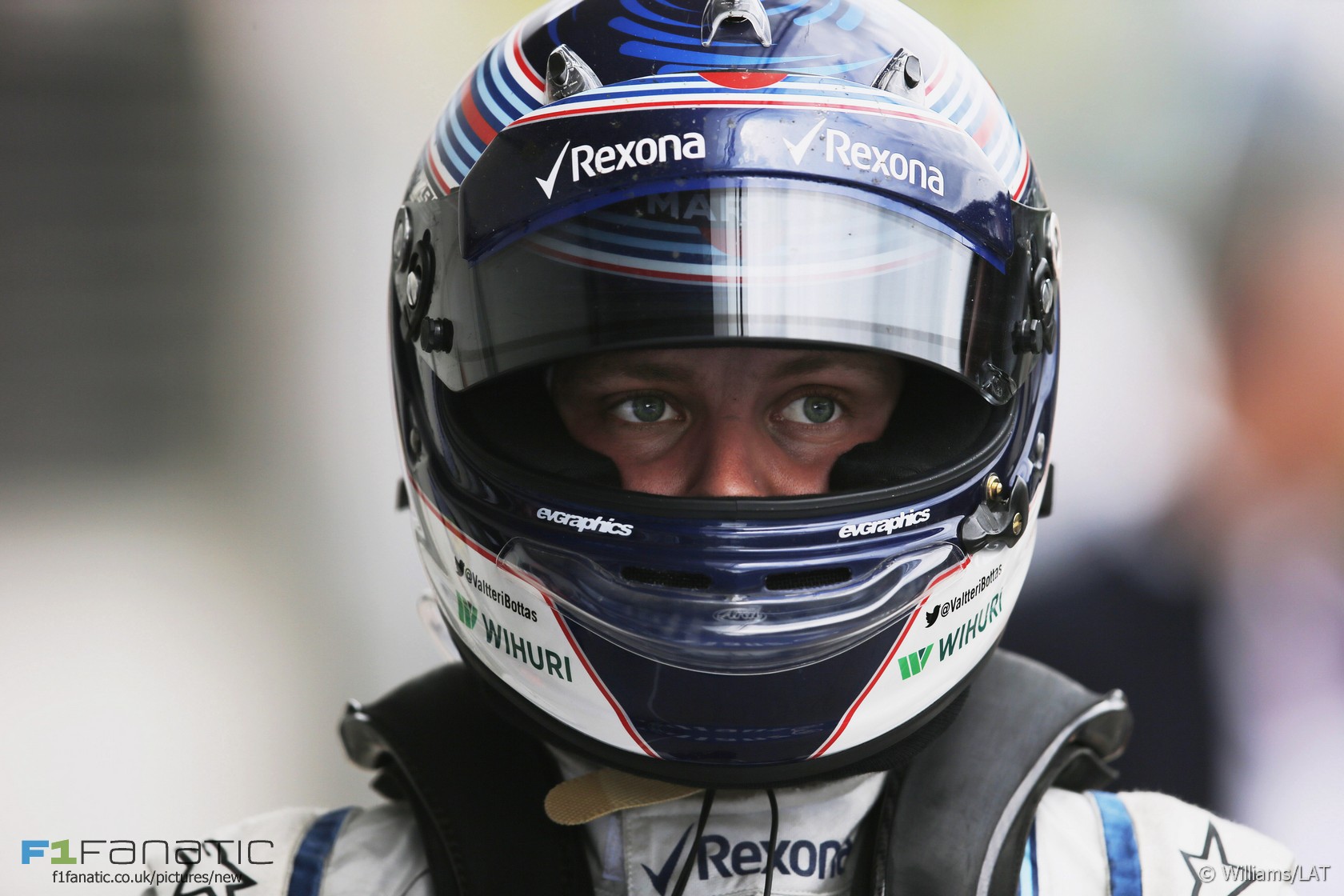 In the round-up: Ferrari decided to retain Kimi Raikkonen after Williams requested £10 million to release Valtteri Bottas from his contract.

Kimi Raikkonen will stay at Ferrari for 2016 season (The Telegraph)

"Williams had been holding out for around £10 million to release Bottas from his contract, with rumours that Ferrari thought it too high a price to pay for a driver who has had an unconvincing season."

"An idea with some support is to produce a modern ground-effect car, generating downforce from the floor, but also operating a very minimal front wing."

"Sonic and GPS data suggest it has been around 130bhp down on Mercedes in qualifying – sometimes more, sometimes less, depending upon how much ersH they dared use – and more in the races."

"With the British Grand Prix moving to the same date as the mooted second London ePrix, the powers that be in F1 would have known that it will be extraordinarily difficult for the race to be re-scheduled at that time of the year."

"Nothing is decided for next year, I am still focussing very much on GP2 and trying to win that title. I do have regular talks with Ron (Dennis) and Eric (Boullier) about my future, but nothing is decided yet."

"The club, which owns the Silverstone circuit and includes motorcycle and Formula One world champion John Surtees among drivers like Lewis Hamilton and Jackie Stewart, said on Wednesday that Rossi had accepted an honorary membership."

Crisis? What crisis? F1 should be encouraged by viewing figures (The Guardian)

"Last year the total was a more stable 425 million. There is clearly work to be done here but hardly yet a crisis."

@JensonButton Well @TheBishF1 is in the passenger seat so I'm just trying hard not to grab the wrong knob! pic.twitter.com/ByUA5H4cbh

Reportedly Williams were asking too much money for #Bottas. Must be the first time in history a driver price was too high for Ferrari taste Many of you expressed surprise at Ferrari’s decision to keep Kimi Raikkonen for next year:

I’m surprised, though not too much. He’s insanely popular, after all, so after a price cut (which he surely did take) it makes sense from a marketing point of view.

There’s also the point that nobody has truly excelled this year, other than Hamilton (not leaving) and Vettel (already there). Bottas has not beaten Massa convincingly enough, Hulkenberg had a couple of weak races at the start, Ricciardo has been spectacularly unspectacular, Verstappen and Sainz are too inexperienced etc…

While I think that most of them would have done a better job than Raikkonen, I assume Ferrari thought it wouldn’t be better enough to sacrifice the marketability of Raikkonen.
Albert

Future F1 driver Takuma Sato won the British F3 race at Silverstone 15 years ago today. He started from pole position while a first-lap shunt unfolded behind him:

82 comments on “Williams ‘wanted £10 million from Ferrari for Bottas’”