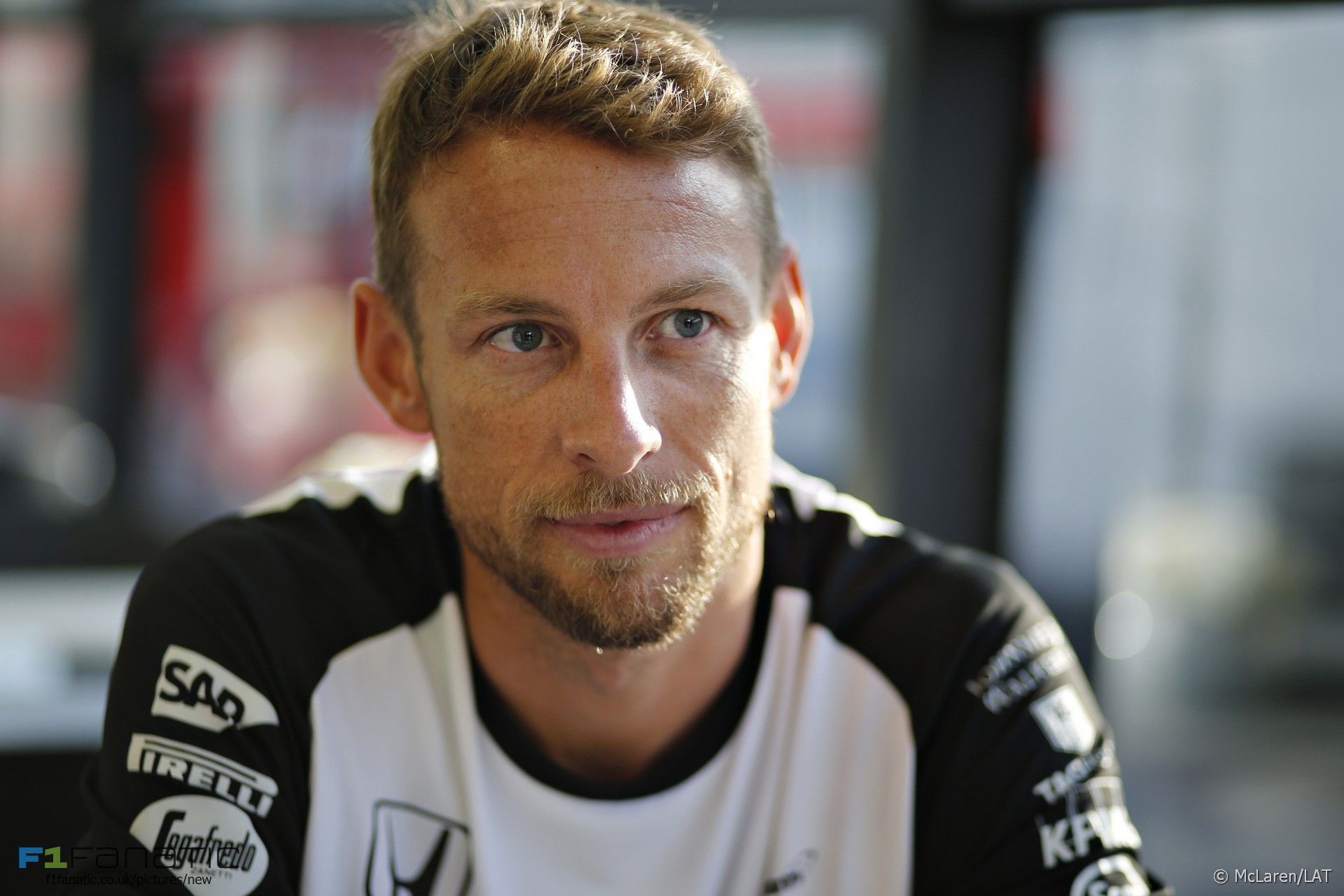 In the round-up: Jenson Button will announce his retirement from Formula One later this week according to multiple reports.

Jenson Button poised to quit Formula One (The Telegraph)

"The 35-year-old is expected to combine a sportscar drive in the Le Mans-style World Endurance Championship with a media career, rumoured to include the revamped Top Gear."

Auto Bild claims Audi will enter F1 in 2018 with Red Bull as a sponsor and is likely to end its DTM and WEC programmes when it does.

"The US Environmental Protection Agency (EPA) said on Friday the software deceived regulators measuring toxic emissions, adding that Volkswagen could face fines of up to $18bn (£11.5bn) as a result. The carmaker could face penalties of $37,500 for each car not in compliance with clean air rules. The diesel-powered models from 2009-2015 are the VW Jetta, Beetle and Golf, the Passat model from 2014-15, and the Audi A3 from 2009 to 2015."

"We have made great inroads over this last period of time in terms of dragging pace out of it around a circuit like this."

"Is the ideal temperature higher than everyone but Ferrari has believed it to be? Certainly, Vettel's tyres were working well throughout his lap and it may be significant that the Ferrari runs front brake nozzles that transfer more heat to the tyres than anyone else."

"The car, with its strong rear end, is much more to Sebastian Vettel’s liking now, hence the improved performance."

"You cannot write it off and say that was a one-off, but on the other hand you can't say we are terrified by this because then you are going into panic mode and that would be completely inappropriate and wrong."

'Dad would have kicked me in the nuts!' - Max Verstappen (ESPN)

"Asked if his father, himself a former F1 driver, agreed with his decision, Verstappen replied: 'Yep, he told me if I had let him past he would have kicked me in the nuts!'"

"Alex is a guy who has come up through all the ranks and I'm sure he hasn't forgotten how to use a pit-board. He managed to race pretty well all things considered."

"It has to theoretically be something mechanical grip wise or tyres. I am sure they have some clever people who are scratching their head and having a look at that."

@RGrosjean at least you are sure it's clean though 😂👌

Tomorrow we hit the track at @roadamerica! Get hyped with the FULL 2007 Champ Car broadcast here: https://t.co/zEGqZNUNzv

#Bahrain is deeply proud to have been selected to organize the inaugural #F1 Grand Prix in the Azeri Capital in 2016.

So Volkswagen have been cheating their emissions tests and Audi have been ramming their #DTM rivals. They'll fit into #F1 just fine. #F1F

@Fer-no65 is not optimistic about Romain Grosjean’s rumoured move to Haas:

It’d be the end of his career if he decides to move to Haas. No offence to the American team but the chances of them coming to the sport and doing well in the short term are low to say the least.

Romain going there would be like Timo Glock switching to Virgin. He’s still in the sweet spot of his career, way too early to go down the order and endure years of development work. Gutierrez and Vergne should go to Haas, Grosjean should stay at Renault if they decide to buy Lotus.
@Fer-no65

Ex-F1 racers Derek Bell and Hans-Joachim Stuck shared victory for Porsche in the World Sportscar Championship round at Brands Hatch on this day 30 years ago.