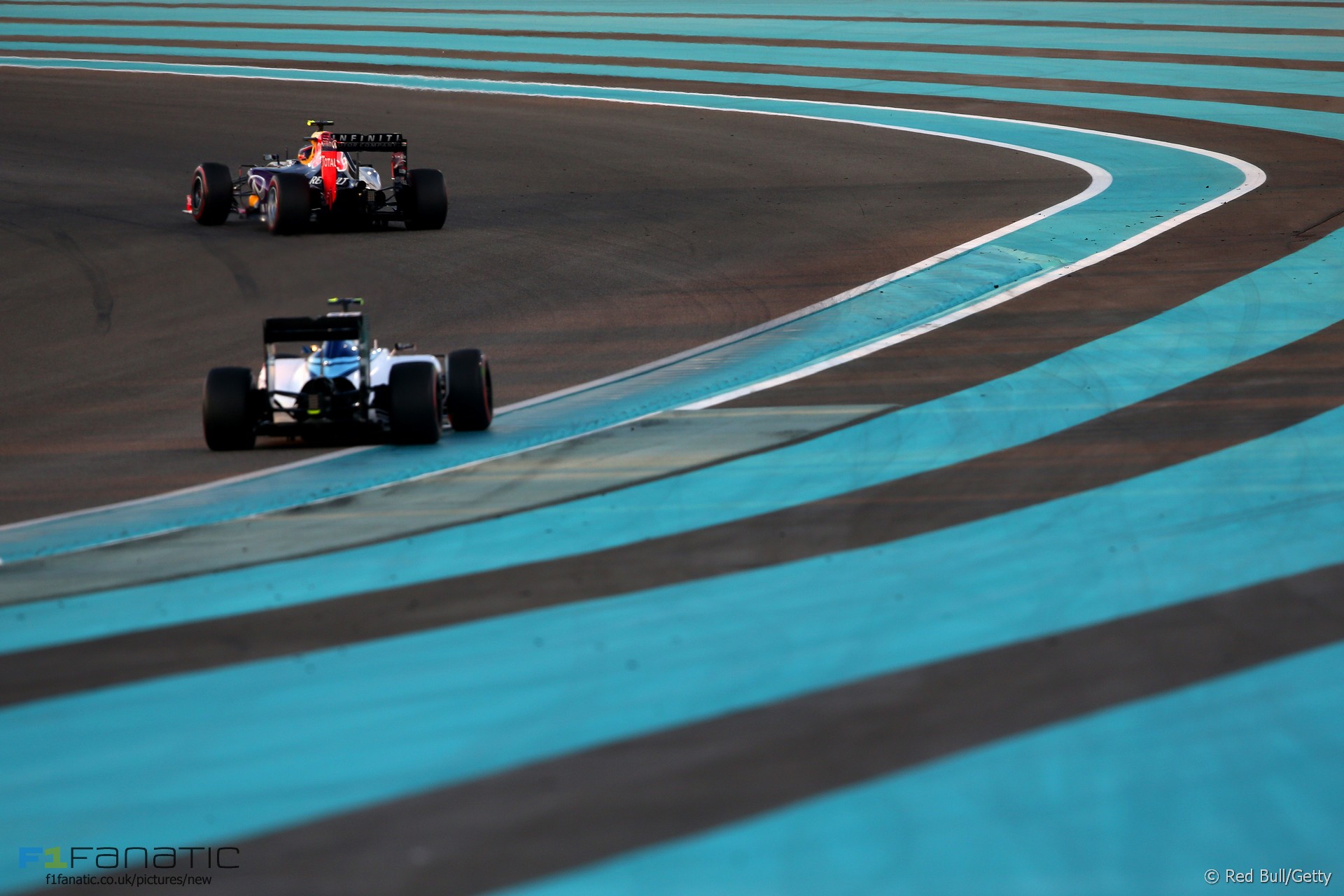 F1 champion Villeneuve turns to electric racing: 'Some see me as a traitor' (CNN)

"I really love racing downtown, in between the walls where there's no margin for error, which is the opposite of what has happened in F1."

In an interview titled 'I fall asleep in front of the television', Gerhard Berger says when he was racing the driving spectacle was greater, races were more unpredictable and drivers' mistakes were punished more. He also criticises F1's payment structure.

"When the budget for the Grand Prix of Europe was approved, it was initially calculated in U.S. dollars. As a result, we are not expecting any changes to the current event budget."

"FIA president Jean Todt had said at the end of last year that he expected the Baku race to start at midday."

"We just need to be careful with the organisation because with 19 races we've seen the mental and physical limits of the team."

"Red Bull will reveal their 2016 livery at an event in London on February 17, but the RB12 won't break cover until the first test in Barcelona five days later."

"Until we see the new McLaren get launched on February 21, we cannot predict anything but I think this season will be better."

"What are the essential elements of a great racing circuit? SV: Very simple: history. Because all the old tracks have that certain moment of magic. Take Spa or Monza."

"F1, ridiculously, doesn’t have a marketing department. It relies on the media to promote the sport and then gets sulky when we criticise, as well as praise."

The Baku City Circuit race organisers say #GP2 will be on the European Grand Prix support bill but not #GP3. #F1

After 30 years, are we finally warming to the Hungaroring?

Years ago the Hungaroring used to be seen as one of the poorer circuits on the calendar, twisty, slow, not much happening. But it is almost universally loved now.

I can only put it down to the fact that it has churned out more than its fair share of great races (after 2006 ayway). It never ceases to amaze me just how much people’s opinions of the circuit have changed.
@Geemac

Mike Hawthorn was killed on this day in 1959. He is the only person to have died while holding the F1 world championship title. Jochen Rindt, the 1970 champion, lost his life before he was crowned champion.