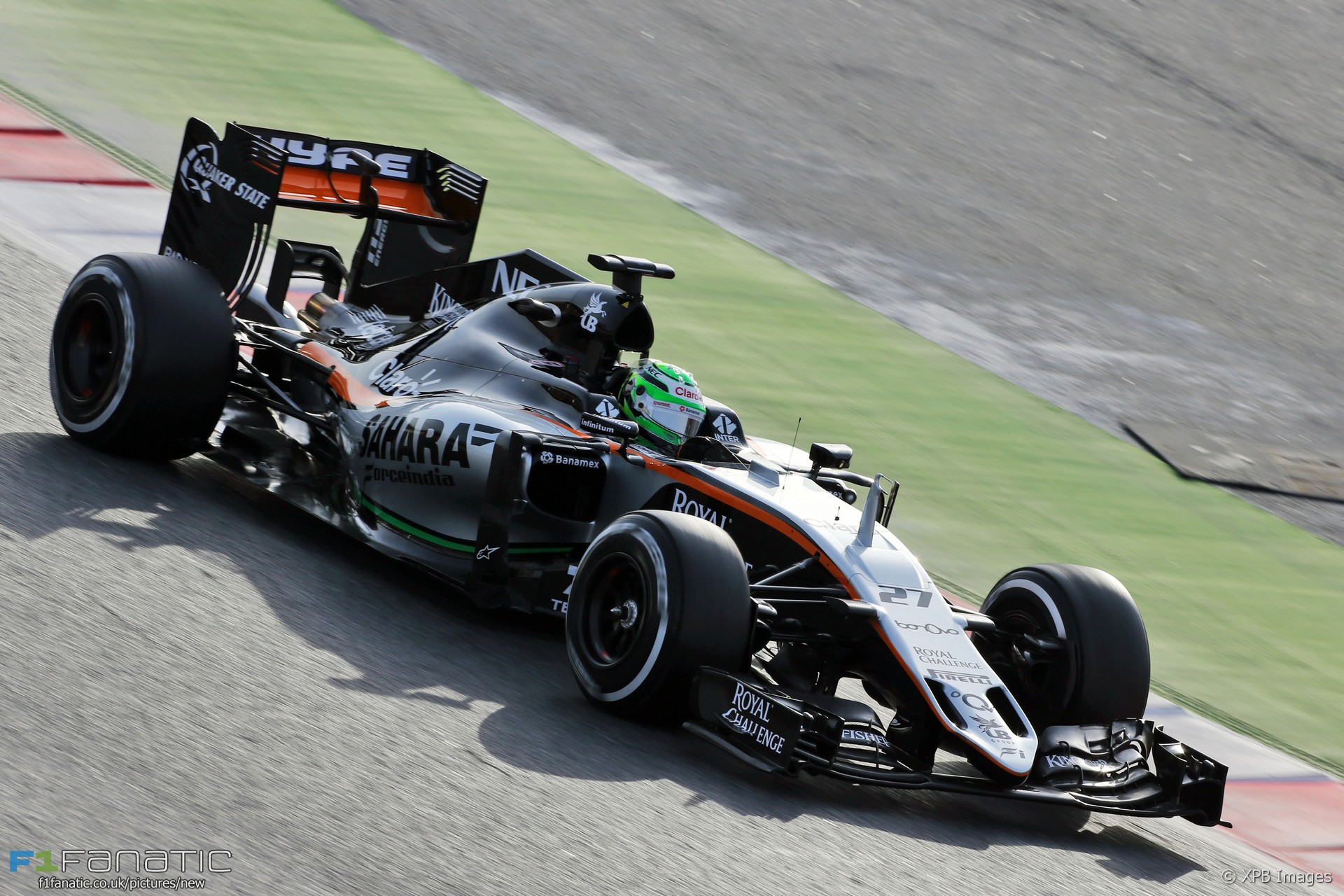 It was all change at the top of the timing sheets on the third day of testing as Force India led F1 newcomers Haas at the Circuit de Catalunya.

Nico Hulkenberg led proceedings for much of the day, initially setting the pace on medium compound tyres before working through the soft and super-soft compounds. He ended up quickest on a 1’23.110, 0.3 seconds off the benchmark time set by Sebastian Vettel yesterday using ultra-soft tyres.

With 20 minutes left to run in the session Romain Grosjean gave the clearest indication so far of the pace of the Haas VF-16. Using soft tyres he moved up to second-fastest. The car continued to use reinforced front wing pylons following the failure Grosjean experienced on Monday.

For the first time in this test Ferrari did not end the day with the fastest time. Kimi Raikkonen ended his first day in the SF16-H third-fastest having sat out almost all of the morning’s running while the team checked a fuel system problem.

Renault had a more productive day with Kevin Magnussen logging 100 laps, though his car came to a stop shortly afterwards. It wasn’t seen again, and nor was Jenson Button’s McLaren after it began to smoke at the pit lane exit.

Mercedes opted to divide the day’s running between its two drivers due to the high mileages it achieved on the opening day. Today was not quite as busy for the team as yesterday, but between them Lewis Hamilton and Nico Rosberg amassed another 161 laps.

That equalled the tally of Carlos Sainz Jnr who had a busy day in the Toro Rosso STR11 despite suffering a breakdown at the pit exit early in the session.

Rio Haryanto made his debut for Manor but brought the red flags out when he spun into the gravel at turn five.