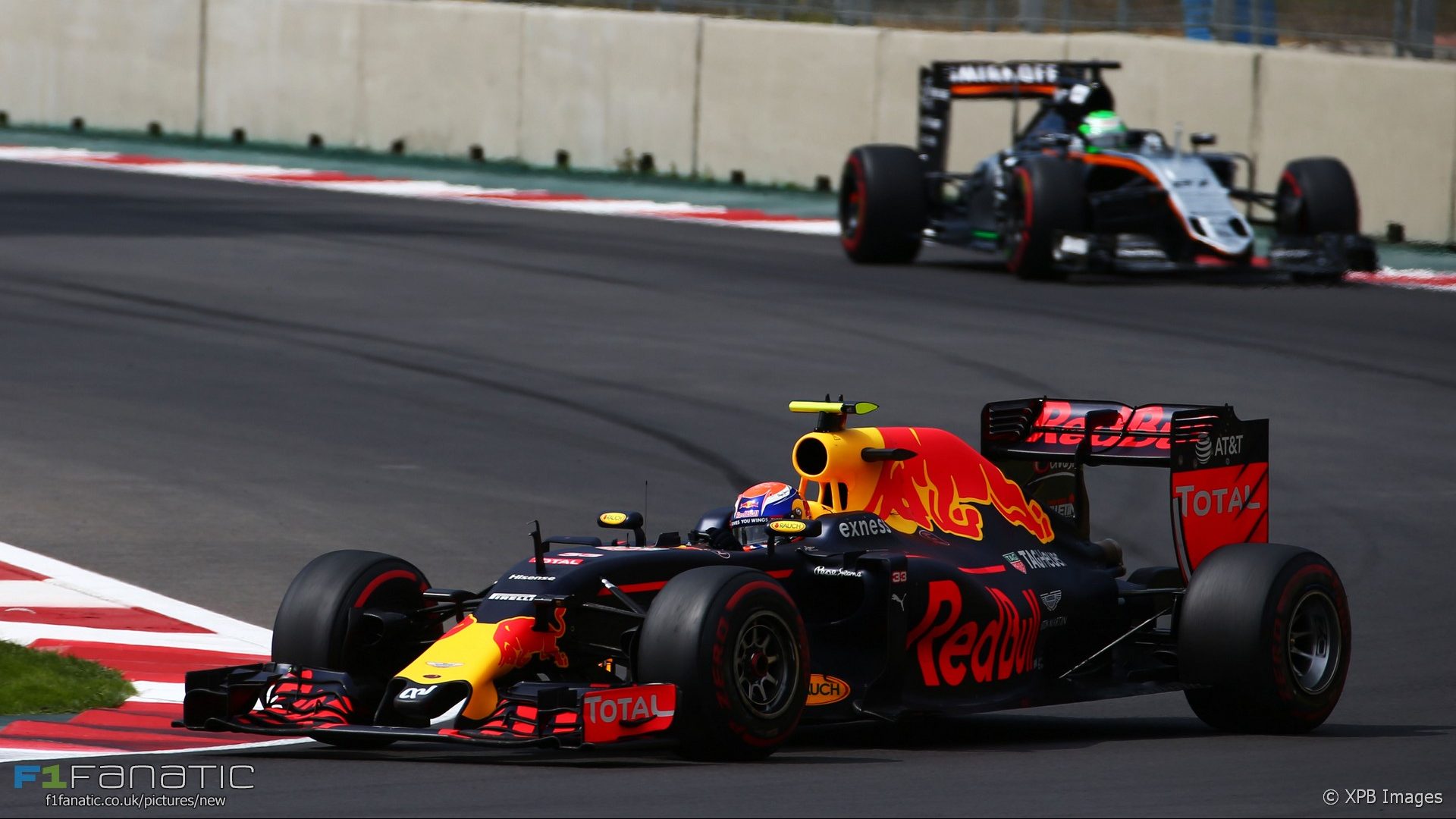 Max Verstappen hit back at Sebastian Vettel following their clash during the Mexican Grand Prix, telling his rival to “go back to school”.

Verstappen was given a five-second penalty for cutting the track while defending his position from Vettel, who inherited Verstappen’s third place in the race. But Verstappen said he had done no more than the two Mercedes drivers had at the start.

“I think it’s pretty similar to what happened in lap one, corner one,” Verstappen told reporters after the race. “Lewis [Hamilton]” went off, he gained a massive advantage, and Nico [Rosberg] he also went off in turn one when we touched and he also gained an advantage.”

“And I didn’t even gain an advantage. I was still ahead under braking when I came back on the track I was the same length in front. It was ridiculous.”

Verstappen denied he had been told to hand his place to Vettel before the chequered flag. “No they thought I had to give it back but it was never confirmed,” he said. “I was not backing him up, I was just trying to do the best I can.”

Verstappen also accused Vettel of changing his line under braking, something the Red Bull driver has been accused of in recent races.

“I saw the footage already,” he said. “I think at least I can do it in a good way, he doesn’t know how to do it because it’s ridiculous what he did.”

“I mean Daniel was alongside him, he just turned into him, they touched.”

A furious Vettel then swore repeatedly at race director Charlie Whiting on the radio.

“And then he starts shouting on the radio,” Verstappen continued. “I don’t know how many times he’s using very bad language in general. I think he has to go back to school or something to get some language.”

“I will speak to him because this is just ridiculous the way he’s handling. I mean he’s always so frustrated the whole weekend he’s shouting on the radio. He’s just a very frustrated guy at the moment.”

115 comments on “Verstappen: “Frustrated” Vettel should “go back to school””