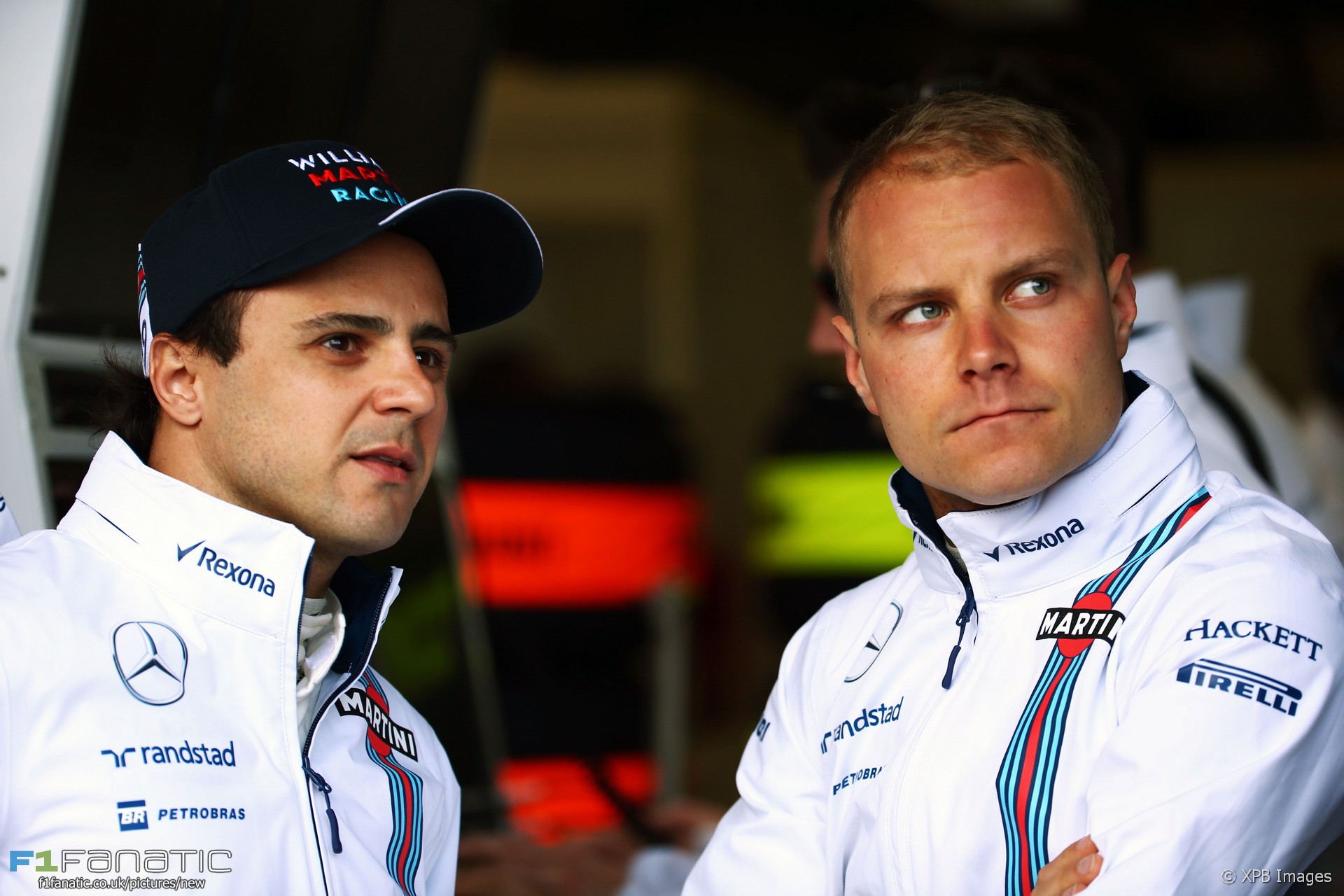 In the round-up: Williams is open to letting Valtteri Bottas join Mercedes if they can entice Felipe Massa back from retirement to replace him.

"If we did allow Valtteri to leave, we would only do this if an experienced, credible alternative was available, such as someone like Felipe Massa, for example."

Massa is in discussions with Williams about an F1 return.

"He needs to have a good, competitive car to show the level he is."

"I drove against Fernando in my first year and beat him so that's not a worry for me."

Lewis Hamilton: 'I learned a lot about myself this year' (ESPN)

"I read somewhere that Baku was a bad race through performance, but qualifying was the bad performance and in the race I was stuck with a setting that the team had set and I had no information of what it was."

"We want to get the sport competitive."

"To move on further, to close the gap in terms of being in the mix with the top three teams, it's very difficult,. I think they would need a bit more budget, more resources."

"We expect an announcement shortly and it is thought likely that will involve former Manor F1 part-owner and CEO Graeme Lowdon."

McLaren's 10,000th car shows how close it is to catching up with Ferrari and Lamborghini (Autoblog)

"The automaker, which until 2011 had only built a single line of road-going cars, appears to be on a roll with more volume and more models hitting the streets every year."

Just leaving the #MTC now. Walking past 3 Senna cars on my way out. The only word is… awesome. #MTCSnaps #TBT pic.twitter.com/H5igu1Gynk

The 'Everyone's a Winner' update of Motorsport Manager is now out and live on Steam.

Driving during a sandstorm in Bahrein for @pirellisport test : Done ✅🌪😅

Don’s take on what yesterday’s announcement from Mercedes means:

All those contractual and financial complications will be ironed out in these three weeks. Bottas to Mercedes add Wehrlein to Williams.
Don Smik (@David-beau)

Did you go to an F1 race this year? Share your pictures and video here:

Felipe Massa had his first test for Ferrari following his Hungaroring crash on this day in 2009.