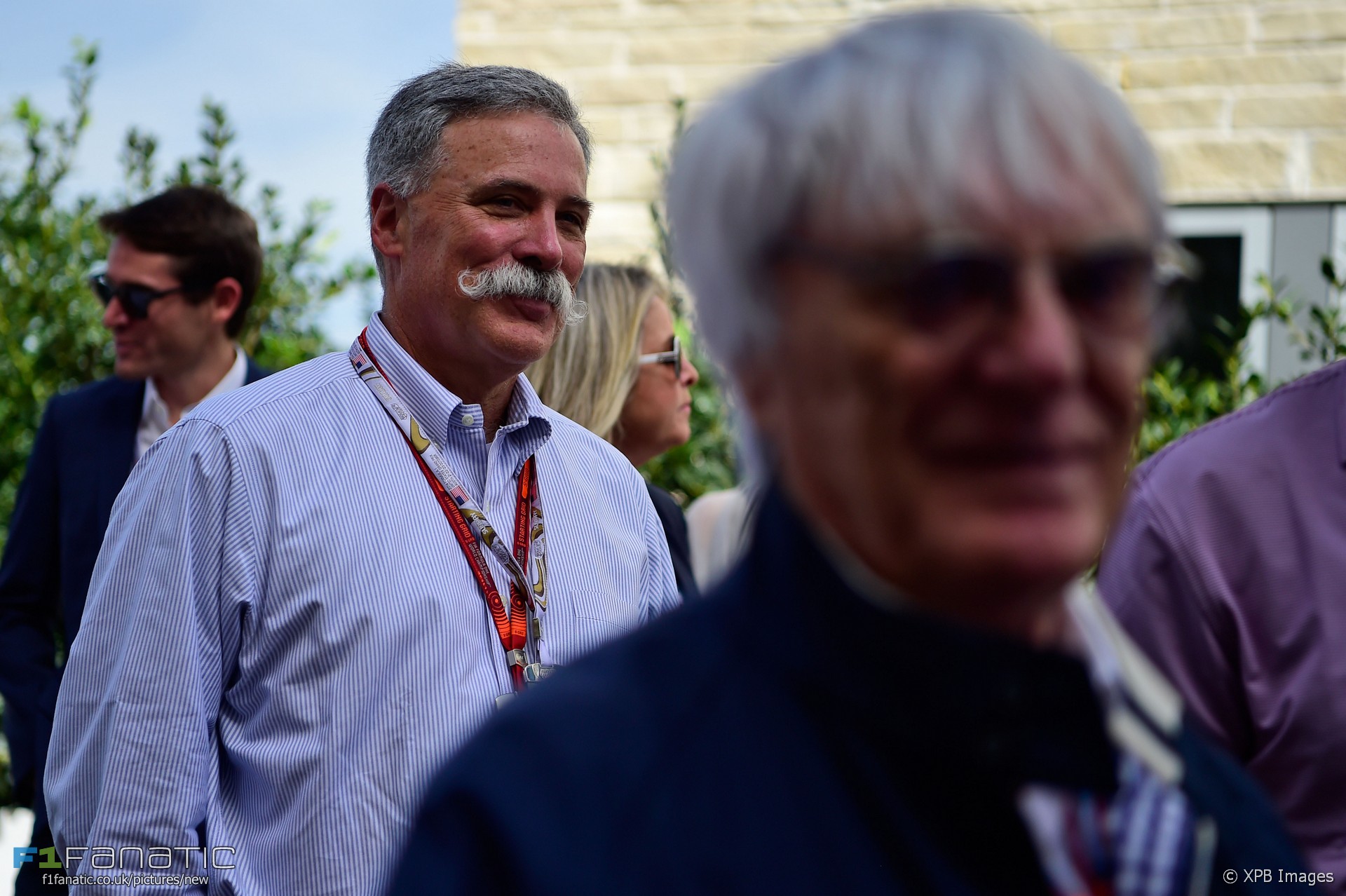 Rightly or wrongly, many Formula One fans have eagerly awaited the day when the name above the door no longer read Bernard Charles Ecclestone. Now Liberty carry the hopes of everyone who wants to see their favourite sport change for the better – however that might be.

In the bland terminology of public relations what they need now is a bit of ‘expectations management’. Because simply having bought the sport doesn’t mean they can conveniently change everything as soon as they wish.

Manor’s collapse threw fresh light on Formula One’s deeply biased distribution of its income. Teams favoured by Ecclestone, such as Ferrari and Red Bull, continue to receive vast bonuses simply for turning up, details which were agreed without the knowledge of their rivals.

The contracts which underpin these payments are in place until 2020 but already Sauber team principal Monisha Kaltenborn has urged Liberty to address the high disparity in how F1’s funds are shared out. Assuming Liberty isn’t willing to bear the cost of tearing the contracts up, could some practical short-term action be taken to alleviate the strain on the rear of the field?

A ‘fighting fund’ to keep teams at the back of the grid from going under has been considered in Formula One before. The idea was last kicked around late in 2014 when Caterham and Marussia collapsed and Force India, Sauber and Renault were struggling. It never materialised. (The concept previously arose in the early 2000s when, ironically, Sauber was one of few teams who agreed to contribute towards it)

Force India has already requested an advance on its prize money payment to keep the cash flowing, only for it to be blocked by Haas. This shows the difficulty Liberty might have in offering remedial action to the effects of F1’s deeply biased distribution of its income until the time to agree new contracts arrives.

The same agreements also leave F1 bound to the controversial Strategy Group for the time being. Whether Liberty has any greater success in pursuing its agenda through it than Ecclestone did will be an intriguing test of whether F1’s recent problems have been largely down to its governance or its governor.

Liberty has indicated it wants to expand the calendar beyond last year’s high of 21, potentially as far as 25. Provisions exist for this to be done providing the teams agree to it.

There’s little to stop Liberty signing new contracts with race organisers. One exception is in the Middle East, where Ecclestone gave Bahrain the power to bar other races in the area from going ahead. They consented to Yas Marina in the United Arab Emirates holding the Abu Dhabi Grand Prix, which is at the opposite end of the calendar.

Liberty’s decisions regarding race contracts could give some insight into its priorities. Will it keep races like Bahrain which pays a huge amount to host grands prix but attracts tiny numbers of spectators, is not a priority market for F1’s car manufacturers and is funded by a regime which has attracted widespread international criticism? Is expanding the calendar a higher priority than having the right races in the right places?

These decisions will take time to play out. Liberty will have to negotiate 20 different contracts, some of which do not expire until 2026. Among the first deals to expire, in 2018, will be the troubled races in Germany and Malaysia.

Silverstone’s case gives an example of the ‘soft power’ Liberty can wield to resolve some situations. Having previously stated it was considering whether to activate a break clause in its contract, more positive noises are now coming from the Northamptonshire venue. Derek Warwick, the president of the British Racing Drivers’ Club, revealed the sport’s new owners were willing to grant Silverstone certain liberties within their contract which are already offered to other race hosts.

An official stream for Formula One race footage during a race weekend is something fans have clamoured for but which has always seemed highly unrealistic given the huge revenues F1 has been able to generate by selling exclusive broadcasting rights to each country.

Enticingly, Liberty has said it wants to explore direct broadcasts. But it can’t do that yet without violating deals which are already in place, such as Sky’s exclusive right to broadcast all races live in the UK between 2019 and 2024.

However there have already been signs the sport is beginning to experiment with other forms of broadcasting via social media. A trial run using Facebook Live in Abu Dhabi last year showed the potential they wield as a roster of top names and champions were brought in to participate.

Ecclestone hated Formula One’s engine regulations but he couldn’t stop the coming in and once they arrived he couldn’t get rid of them either. F1’s new motorsport manager Ross Brawn has expressed far milder reservations about the format and how it was introduced, in particular the high costs it forced on smaller, non-manufacturer teams.

As for the chassis and aerodynamic side of the technical regulations, they are already being drastically overhauled for the season ahead. Some have expressed reservations about this, not least Lewis Hamilton who is one of several drivers who expects to quality of racing to suffer as a result. But it will have to be really bad for there to be any appetite to make another major change in this area in the near future.

Intriguingly, Brawn has also revealed he was unaware Ferrari held a power of veto over F1’s rules for much of his time at the team between 1997 and 2007. Will a continuation of the veto really be ‘off the table’ for 2020?

Pirelli has been Ecclestone’s preferred tyre supplier since the sport needed a replacement for Bridgestone at the end of 2010. He thwarted FIA president Jean Todt’s initial attempt to strike a deal with Michelin, and the French manufacturer was passed over again when the contract came up for renewal last year.

This season sees the beginning of Pirelli’s new three-year deal to supply F1 tyres. Tyre blow-outs and wet weather performance have been two major criticisms of their product.

In 2017 Pirelli’s tyres will be under even greater scrutiny as new, wider, lower-degradation constructions are being introduced. Heading into a season where the quality of racing is widely expected to suffer, will Liberty be tempted to revise Pirelli’s brief once more – or consider a new supplier for 2020?

The core criticism Brawn has levelled at the management of F1 under Ecclestone has been its lack of long-term planning. He has spoken of treating F1 “like an engineering project” and taking a three-year period to evaluate and implement new rules.

Compared to Ecclestone’s autocratic, knee-jerk and often contradictory approach this looks like a breath of fresh air. But it also screams loud and clear that Liberty are unlikely to make major changes in the near future. F1 fans may have to patient.

51 comments on “Analysis: How soon can Liberty start changing F1?”