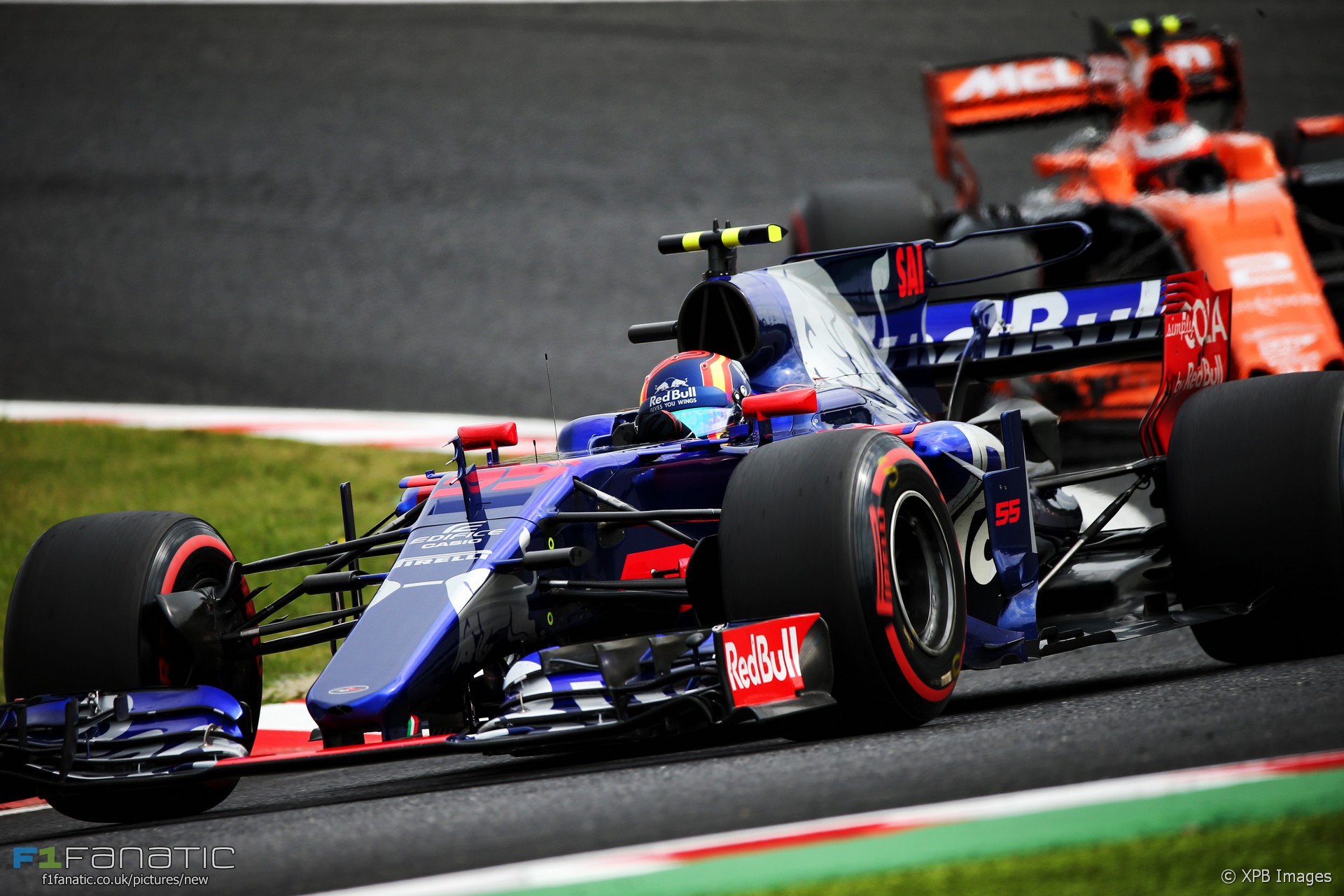 Carlos Sainz Jnr will take Jolyon Palmer’s place at Renault from the United States Grand Prix, the team has confirmed.

Palmer has already announced on social media that tomorrow’s Japanese Grand Prix will be his last at the team.

“I would like to thank Toro Rosso and Red Bull for allowing me the possibility of finishing this season with Renault Sport Racing,” said Sainz.

“More specifically, I really want to thank all my engineers and mechanics for their support and tremendous work throughout these years. Toro Rosso is made up of a fantastic group of people and I wish them only the best for the future. On my side, I will definitely do my very best in tomorrow’s race – this would be the best possible send-off.”

“Additionally, competing in these last four races with Renault gives me a good opportunity to get to know the team and the car earlier than expected. I am looking forward to start working with them.”

Toro Rosso team principal Franz Tost said Sainz “always did his very best, demonstrating an excellent attitude and commitment to his work, which helped him and us to get some great results during that time.”

“On behalf of everyone at Toro Rosso, I wish him all the very best with his new team. We look forward to beating him on track.”

Tomorrow will be Sainz’s 56th start for Toro Rosso, the most of any driver bar Jean-Eric Vergne, who started 58 races for Red Bull’s junior team.