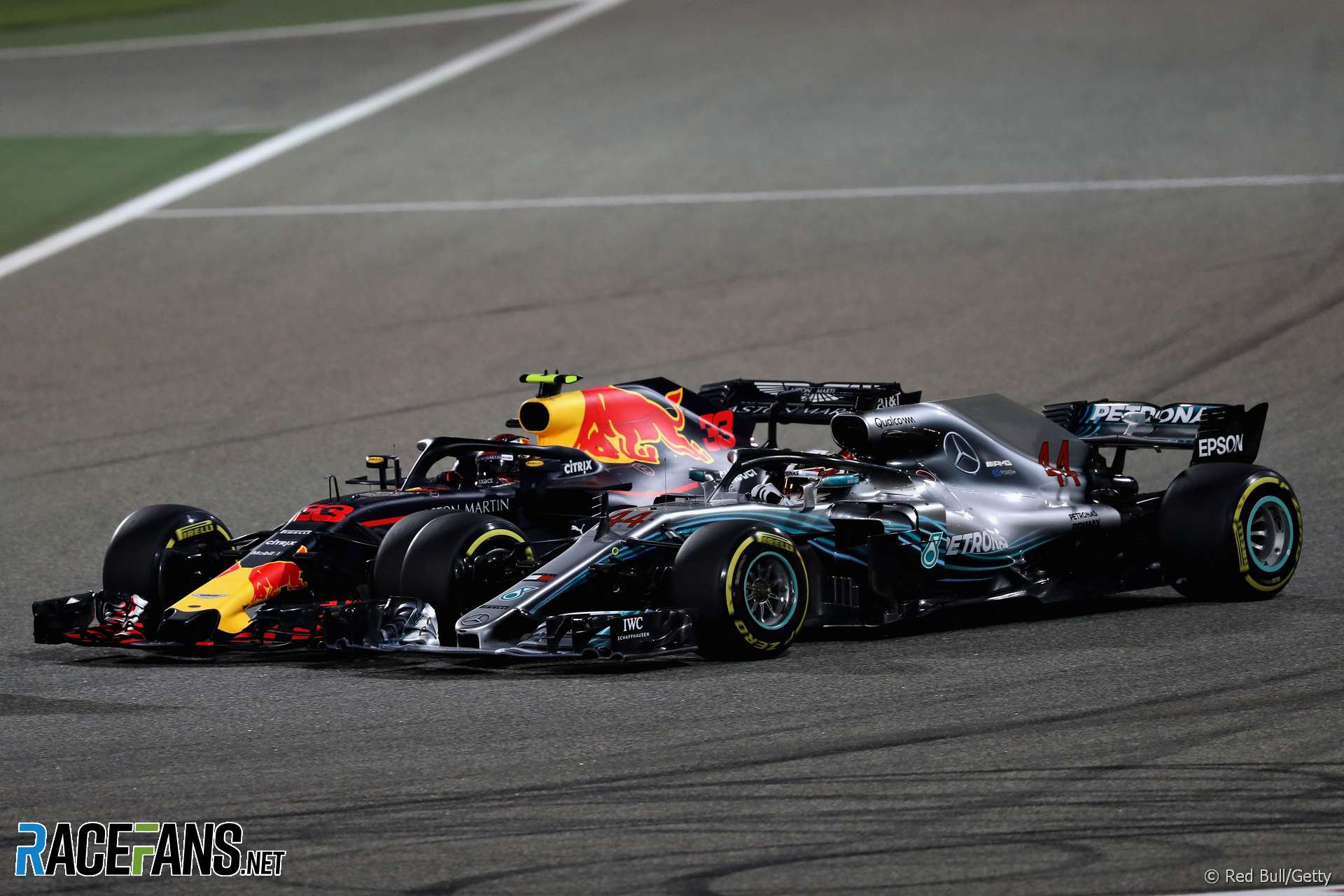 Lewis Hamilton said his clash with Max Verstappen during the Bahrain Grand Prix was an example of the Red Bull driver squandering results through immaturity.

Verstappen retired from the race following the lap two clash between the pair. Hamilton believes the Red Bull driver needs to calm down his approach to deliver the results his car his capable of.

“He’s a young driver, he’s going to be learning all the time, he’s got fantastic pace,” said Hamilton. “But as youngsters we don’t always make the right decisions.

“It’s interesting to hear from Christian [Horner] because they’ve got a car that should be getting good results and through these kind of – I don’t know if they’re inexperienced or not potentially mature decisions – they’re not getting the results they would have. Today he should have finished a decent race really because he’s good enough to do that.

“And I think to myself if Fernando [Alonso] was in that car today he would have finished a decent race and got points for Red Bull. I like to think if I was in the car today I’d’ve got points for Red Bull. I just hope that he is learning through whatever situation he is going through. I went through that stuff when I was younger so I know how it is and it’s easy to also get ahead of yourself and forget also to respect the other guy’s situation.”

Hamilton’s car survived the contact with the Red Bull and he finished third. “I’m just grateful that the car was still OK,” he said.

“I had no intentions of touching him. I was super-cautious in the first lap. I’m thinking about the world championship. And in that moment I’m like, that could have been a big, big blow in the championship. Fortunately it wasn’t.”

He said his view of the collision hadn’t changed. “We were racing which was all fine. Often when the car is on the outside [it] should end up running out of road.

“If you look at it I was actually ahead for quite a period of time and then I accepted defeat and I just backed out because I knew he was going to try to run me wide. But then he just kept going. He didn’t need to keep going to the edge of the track.

“Supposedly he said he left room but he didn’t, he was right to the white line but he didn’t need to go there because I’d already backed out.”

121 comments on “Hamilton: Verstappen’s immaturity is costing him results”