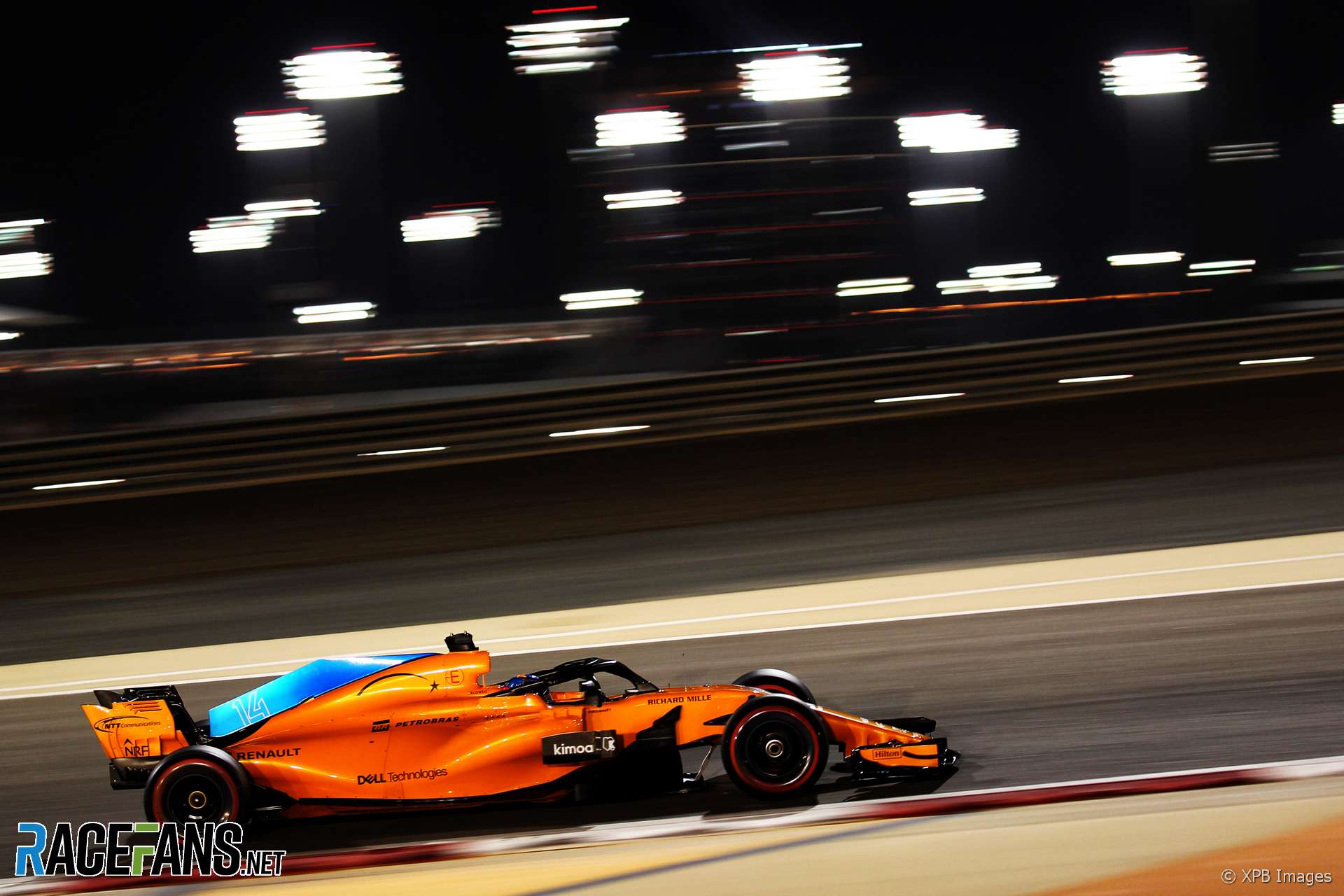 In the round-up: Fernando Alonso calls on McLaren to raise their game after finishing a lapped seventh in Bahrain.

Alonso said he was pleased with the team’s double points finish after both cars failed to reach Q3 again.

I think the weekend has been far from ideal from us, not competitive enough. At the end in the points both cars I think is a great result.

Looking at how the weekend went I think the race on Sunday was the best session for us. It’s where the points are given so happy for that.

We need to raise our game, I think next race we need to make a step forward. It was too poor the qualifying and the starting positions were compromised because of that. So we need to find a bit more pace. But so far happy: fifth in Australia, seventh here, 16 points I think so not bad.

"If we can get some diversity into the starting grid, which is genuine because it's come from a race, maybe that's worth considering."

"Michael (Schumacher) was a competitor, a driver that never gave up, he never stopped believing in the win. It was difficult to open a gap in terms of points because he was always there delivering something special."

Leclerc says he has to 'calm down' his driving (Motorsport)

"It was already a little bit the problem in Melbourne already, here also, so I just need to feel a bit more comfortable with the car and really find the limit."

Just awful from Raikkonen re mechanic he run over "I don't know what shape he is in. It is not great for him. I go when the light is green. Not much to say. We did not finish the race, so it is not great but this is what happens sometimes."

Lewis Hamilton watching Max’ move: ‘Such a dickhead’. Prefer that instead of Blessed and Best crowd, to be fair.

Nice of Vettel to stick up for Hamilton, though he seems to have assumed it was a remark made in the heat of the moment, which of course it wasn't:https://t.co/ugAqXiv1in #F1 #BahrainGP

Absolutely disagree. The crew/ team members enjoy being a part of the pitstop and contributing to the outcome of a race. The difference in view between a spectator and participant of a pitstop! No crew down pit lane will be up in arms complaining- it’s a risk we all took/ take! https://t.co/JVBibfZue1

Toro Rosso provided the surprise of the weekend in Bahrain:

Now this is what sport is all about!

There were so many negative comments when the switch to Honda power at Toro Rosso was announced, about how they were going to be trundling around at the back of the grid. But everyone has gotten their heads down, worked hard and it has paid dividends.

No complaints when they had their failures at the first grand prix. Even from testing you got the idea that they were a team pulling in the same direction. They’ve got on with it in the correct manner (further highlighted by how other teams have behaved in the not too distant past), and so it makes it more of a delight to see the engineers and team members’ beaming smiles and celebrations at such a great result.

Some fortune was needed, admittedly, but hopefully this positivity can be a springboard for them to carry on being competitive. Congratulations.
Dom (@3dom)

61 comments on “Bahrain “far from ideal” for McLaren – Alonso”