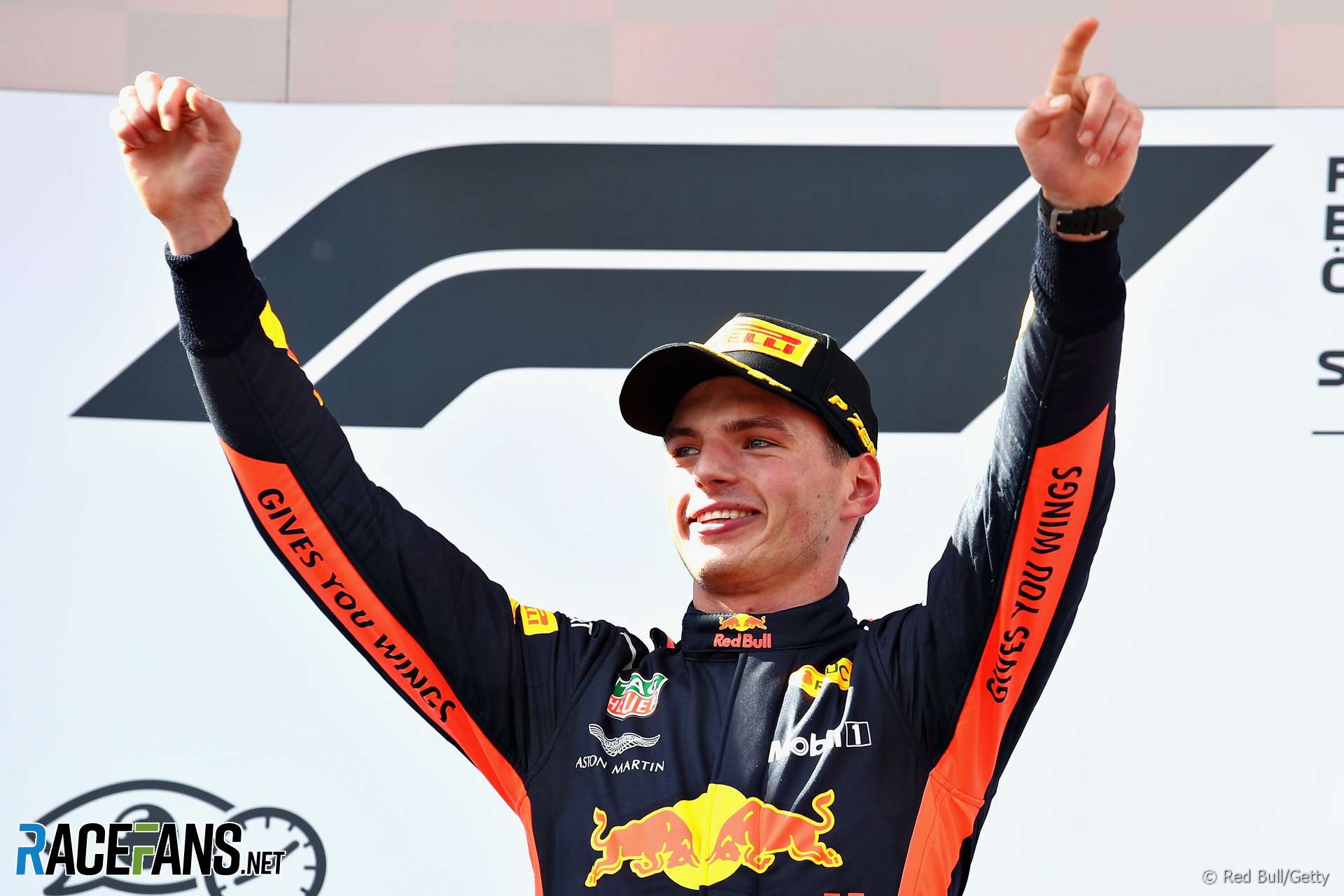 The remarkable thing about Max Verstappen’s fourth career Formula 1 victory in last weekend’s Austrian Grand Prix is that he is yet to start a race from pole position.

The Red Bull driver therefore ties the record held by Eddie Irvine and Bruce McLaren for most race wins without a pole position. It’s hard to imagine he’s never going to score one, particularly as he’s out-qualified Daniel Ricciardo 6-2 so far this year (in sessions where both set times).

The only other driver who scored exactly four wins in their F1 career was the late Dan Gurney, who passed away earlier this year.

It all looked good for Mercedes on Saturday. Valtteri Bottas took his fifth career pole position, which put him level with Giuseppe Farina, Chris Amon, Clay Regazzoni, Patrick Tambay and Keke Rosberg. Lewis Hamilton joined him on the front row having missed out on pole by 19 thousandths of a second – the slimmest margin since Nico Rosberg beat Hamilton to pole at Suzuka in 2016.

It began to go wrong for them when Bottas lost the lead at the start. The last pole sitter who lost the lead by the end of lap one was also Bottas, in last year’s Brazilian Grand Prix.

But that was nothing compared with what was to follow, as both cars failed to make the finish. The last time that happened to Mercedes was at the 2016 Spanish Grand Prix, when Rosberg and Hamilton took each other off on lap one.

You have to go back to the 1955 Monaco Grand Prix for the last time two Mercedes retired from an F1 race due to technical problems. On that occasion Juan Manuel Fangio was sidelined with transmission trouble and an engine failure halted Andre Simon. The team’s third car, driven by Stirling Moss, was still running at the end, albeit 19 laps down.

Raikkonen’s wait for a victory goes on. He has now finished on the podium 26 times since his last win, 10 more than any other driver in F1 history.

In their 50th race, Haas finally delivered on the promise they have shown all year. They equalled their best ever starting position (fifth), achieved their highest individual car finish (fourth) and highest points score in a race (22). The result was a two-place jump in the constructors’ championship to fifth, ahead of McLaren and Force India.

Renault failed to score for the first time this year, and will have to take the threat from Haas seriously. There’s just 13 points between them, and Haas’s points haul in Austria was more than twice as much as Renault has managed in any race.

Force India claimed its first double points finish of the year. Behind them came Alonso who made up 12 positions from the start of the race – the most of any driver this year – on his way to eighth. He also sustained his 100% qualifying record against Stoffel Vandoorne.

Sauber scored points with both its cars for the first time since the 2015 Australian Grand Prix, when Felipe Nasr and Marcus Ericsson took fifth and eighth positions.

Finally, for the first time in the history of the world championship, three different teams have each won three races over the opening nine races of the season. Considering just two years ago Mercedes won 14 of the first 15 races, that’s a considerable improvement in the standard of competition.